Plotting expenditures on a map

Is it possible to see all your expenditures on a map?

This wouldn’t be practical due to merchants not always using their transaction location as their merchant location.

Are you on Android? Because if so, I have an Easter egg for you…

Have fun! (I think that this is Android only, but someone on iOS (like @N26throwaway) might be able to confirm…

PS finding that screen is a bit tortured, even before you get to the map. Hopefully that’s the type of thing @emmag and team are looking at in App Evolution

Can’t do that on iOS

Yeah I was pretty sure it was an Android exclusive.

But it could be done though? I get that sometimes you might see the head office
Vs other areas but might be a cool addition.

I do wonder if the reason it doesn’t exist, yet, is that the maps feature is really inconsistent so it’d show wrong quite often.

Until recently when I was using Monzo I noticed more and more it would often either not get the location at all (for ones it consistently did) or it would be just plain wrong.

Yeah it can and it has. And Dozens (RIP) had a lovely map location/heat map feature, too.

The Monzo one is mostly accurate. Online purchases are flagged as such, so don’t appear. All Curve (if anyone is still using them) purchases come as as somewhere in London, and there’s the odd anomaly (I think TV Licensing was in the middle of an ocean somewhere). But mostly it was accurate and fun. Just hidden. Oh so hidden.

This is down to the merchant and how they give their address to visa/mastercard, monzo aren’t in control of this (unless we could force feedback)

But for the most part yes it should work.

Not sure why anyone would ever need it personally. Just knowing where I spent my money is far more important IE merchant lists in the app.

I’ll be honest. When I first saw I was like oh cool a map. But the novelty wore off. The only time it has been useful has been if for some reason a merchant didn’t show properly e.g. “coop store 4384” and I could then see where it actually was.

Doh, works for me too.

When I opened it earlier I just saw this: 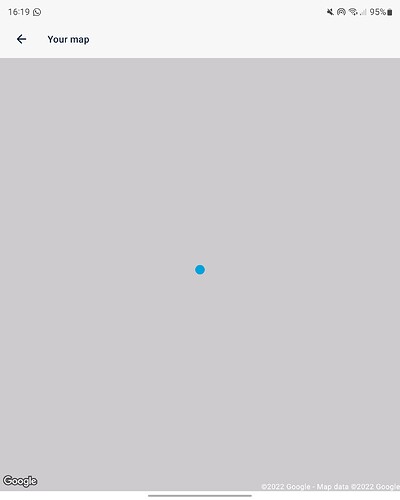 … But then I pinched and dezoomed only to find … 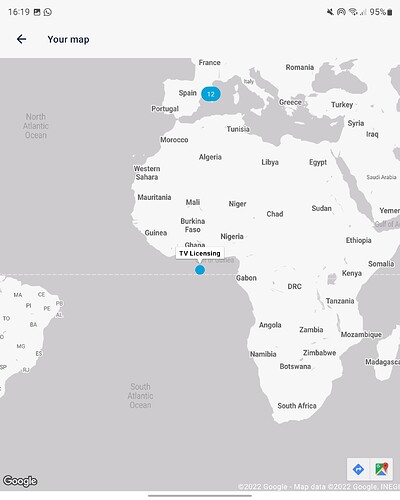 It was a Monzo project time thingy where staff get free reign to work on something cool they fancy. This is why Android are the only ones to have it.

It sounds good but in reality due to how merchants provide data it is all over the place.

I have cinema trips at the entire opposite end of the country, cash withdrawals over to the west and pins in the ocean to name a few.

Amazingly, my US plotted spend locations are remarkably accurate!

looks a lot like 0 longitude 0 latitude. If you believe everything you read in all the databases in all the world, it’s one of the busiest places there is

The map takes me to null Island in the mid Atlantic. Zoom out and plan up and then get the dots of your transactions.