There are a number of items being fed into the home screen transaction list which don’t really fit. e.g. Golden tickets, Monthly spending report, Trip reports.

In the future, it’s probably quite likely to get more of these non-transaction notifications with Direct Debits, Standing Orders, Overdrafts etc.

It would be good to have a separate tab for these kind of notifications.

@mj84 thanks a lot for raising this topic, it’s something we’ve been talking about a few times.

On the one hand we could very easily incorporate a “only transactions” filter in the home screen. The problem with those features is that to a certain degree would let us “be evil” and start sending more stuff that required. At least at this stage I think there’s some value on keeping all unfiltered but been very careful to only send relevant information to the app.

Do you feel it’s getting too annoying? Are we sending too much “non-transactional” stuff into your feed? Thanks!

Thanks for the response. One of the reasons for raising this is that it is not always the best way to display some of the data, for example, I have a golden ticket from a few months ago buried in transactions.

Some of the existing notification I see as unnecessary e.g. Monthly Budget report - It’s just a link to the second tab in the app, so the notification is just a reminder that its the beginning of the month, unless I am missing something?!

To answer your question I do not feel like it’s too annoying at present, but it could be necessary in the future. I do like having the notifications in the feed as there is zero management involved, to say that there are no messages which are ‘seen’ or ‘unseen’, to be deleted or archived etc.

Well, we use it as a reminder that the start of the month is the best moment to start budgeting.

If you use Targets then the report becomes more interesting… even thought it can be “cleared” as every other non-transactional item. 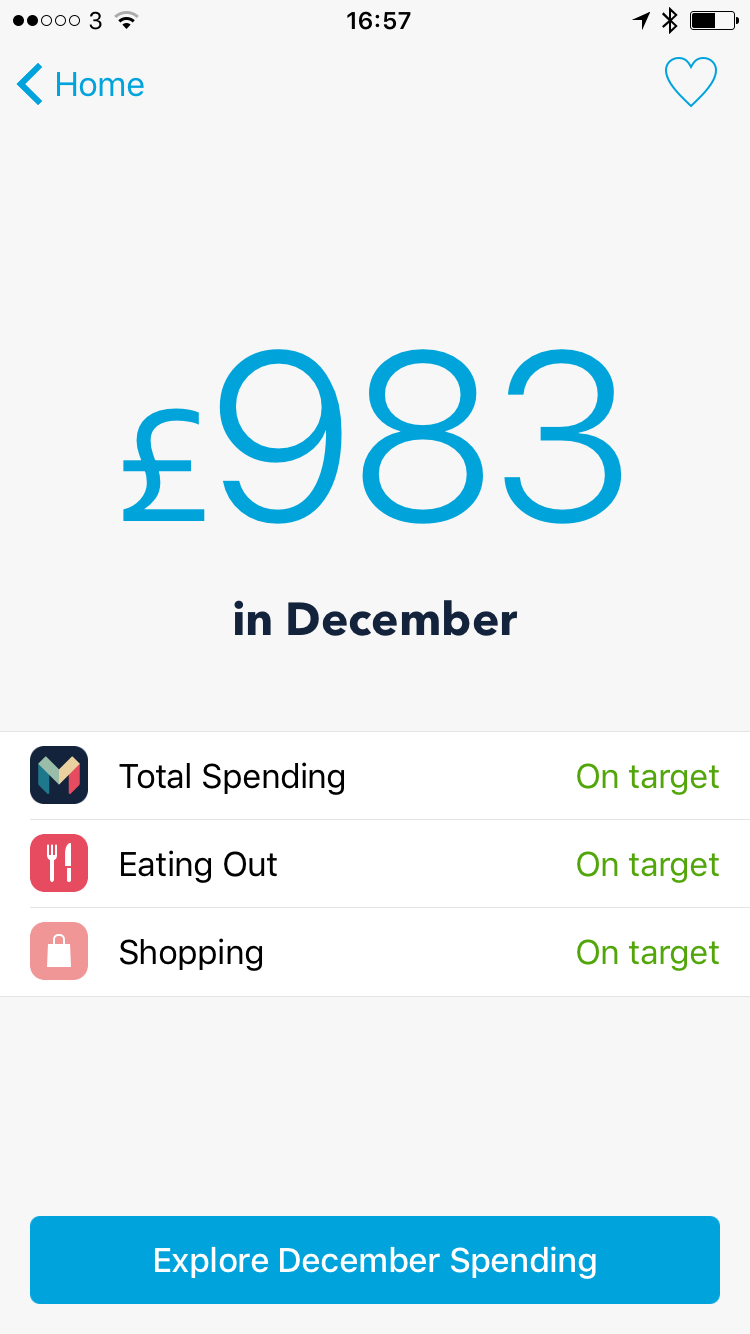 That’s really interesting. Would you mind if I ask you why you haven’t shared it with a friend? (or removed)

Ahhh, I do not use targets so I am not seeing that screen. I was a big fan of the comparison to average spending

The golden ticket I have shared, but then I got another one. I will share that one when I speak to a friend about Monzo and they are interested to sign up. At that point I will need to go find it, and I don’t think it is searchable.

I do get your point that most notifications are linked to a particular time, so having it in the feed provides context. hmmm.

I also struggled to find a golden ticket that I hung onto, as I didn’t have anyone to give it to straight away. I wasn’t able to find it again using search. If I could generate a ticket whenever I needed to give one away, I would have deleted the feed item but obviously that’s not possible.

At some point we designed a place to keep golden tickets, so we could assign you multiple tickets and then you could track which were redeemed, etc. We might build it at some point but it feels a bit overkill