Moving Home - How To Transport TV?

hi guys i am moving home soon and am a bit apprehensive about the move. Have a large TV so im asking is it best to wrap it in bubble wrap, a quilt and then lay it down in the removal van ?
Won’t be packing on my own so will have some spare hands

Always keep the box! Best way to move it.

Failing that some cheap cushions used as corner protectors and take it separately to other heavy stuff should be enough.

If it can’t go separately, last thing in the van, first off.

I would have kept the box if i knew i’d be moving lol. The box was huge. Too big to even fit in my apartment 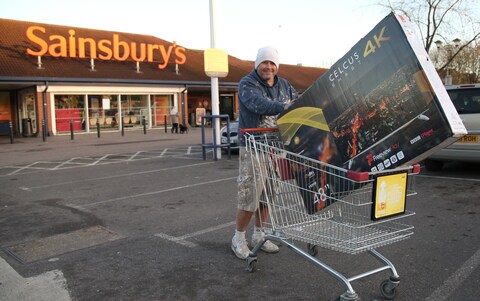 In the past I’ve just used a duvet and cushioned it in the van with other soft furnishings.

Thanks guys
Do the removal people help carry the stuff into/out of the house, or do they just drive ?
It’s bloody expensive, they’re charging £100

I moved all my stuff manually haha. The TV I just got an Uber and my mate helped.

£100 isn’t expensive at all! Yes, they load the van and unload it at the other end.

£100 is a very reasonable price for movers, especially if they are insured and certified

I moved all my stuff manually haha. The TV I just got an Uber and my mate helped.

We are going to move from London to Manchester at the end of January. I am going to hire a large van for two days and do two trips. Removal companies are not going to be more than 1K and I think I can save at least half the cost.

London to Manchester is a bit longer than London to London so I see why.

Then again it gave me motivation to reduce the things I own!

its my first time moving so wouldn’t know

think its a 7 tonne van

Go to your local bike shop and ask for a box - they will have thousands around the back and they will be more than big enough for even the largest TV.

Good luck with the move!

I wrapped mine in bubbles wrap and threw an extra large quilt over it. In the van I then ‘boxed it in’ with cardboard boxes so it wouldn’t move…

P.S. To all of you complaining about cost of removals, wouldn’t it be cheaper to hire a van? And have plenty of money for beer/wine/takeaway payments for any mates that help you?

That’s what I did, hired a Mercedes Sprinter (long axle), only needed one trip and fit all my furniture in. ‘Hired’ two mates (paid for alcohol and food after moving) and then refuelled the van and took it back…all in all cost me £80 ish

I recently moved about 1.5 miles, and it cost me £70 to hire 1x “man with a van” (with me helping) to move all the bulky items in one trip. When I was getting quotes, one came back at about £220

(The rest of the stuff was moved in 3 cars over several trips. And for the TV, I packed it in the original box