I have tried reinstalling the app and removing and re-adding the widget. I have tried disabling and re-enabling Touch ID. I have been using my account.

Any ideas how I can get the widget working?

I’m sorry this doesn’t add to your discussion at all. (not because I’m horrible, because I’m an android user) although, I am about to hunt to see if there is a Monzo widget for android…

Realised that after looking a bit closer

I was actually eating a chocolate cookie so you can see my point. Haha

Haha, yeah I must have accidentally marked it up, I just tried to wipe it off my screen too!

Widget broken for me at the moment, same symptoms.

Still broken for me!

Seems like this is still broken in the latest release!

Interestingly mine is working as designed.
What happens if you disable the widget then reenable it?

Nothing. Still not working 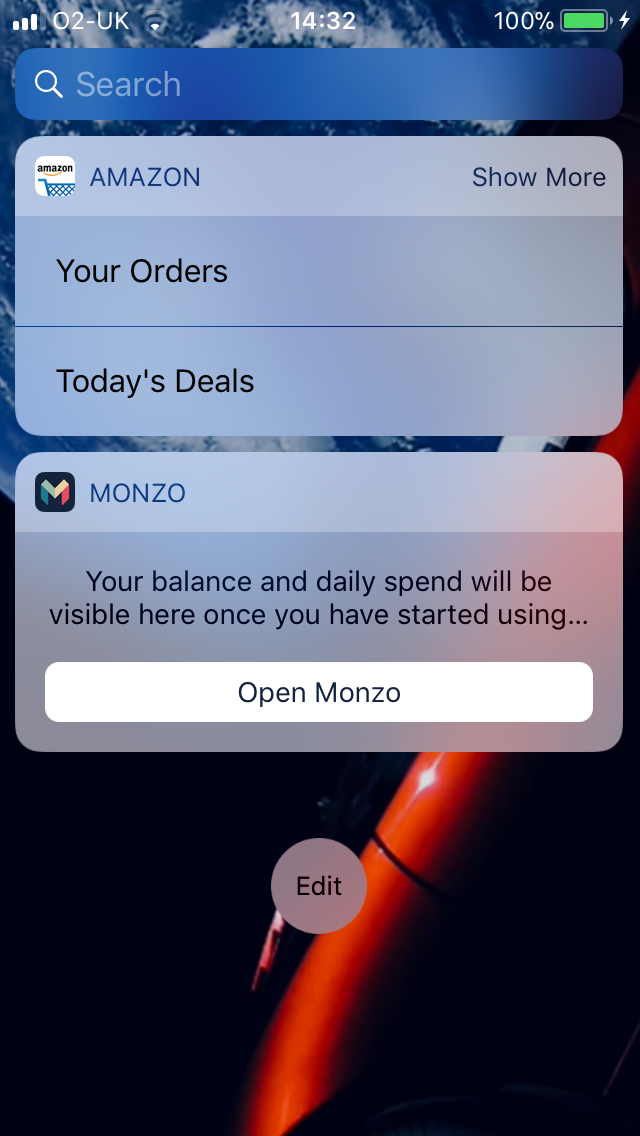 Well this surely requires @rika who might be able to give some insight here.

Indeed. I would love an Android widget. Not sure it’s a big enough thing to be roadmapped. Maybe in some bonus time. I’ll have a word.

I like this idea also, plus graph widget for iOS would be

So I can see a flat line on my phone desktop too! For me any Android widget would be useful if it had a mini statement of last six transaction, and perhaps exchange rate calculator for trips

Following up on this one, I think we’ve fixed it again in the next version of the app (1.9.33 #398, currently released to TestFlight users).

I don’t really want to start another thread about the widget for iOS.

Is there any way to show the full balance in the account (including pots) instead of just the current account balance? If not, can we please have this?

After adding the Monzo widget to my lock screen it will not display my balance, just the message “Your balance and daily spend will be visible here once you have started using your Monzo card”.

I have opened Monzo from the widget multiple times and have also used my card to make purchases but this does not seem to go away.