I just found it funny. IOS14 is still in developer beta 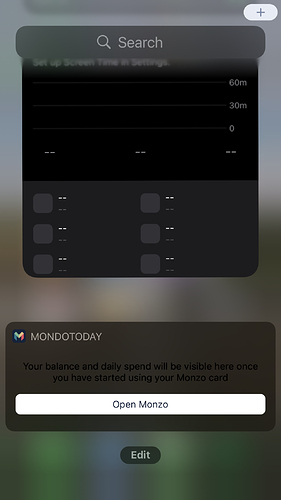 We’ve chatted about this in the TestFlight thread.

If it’s gone, you can add it again by entering jiggle mode before going to the left hand screen 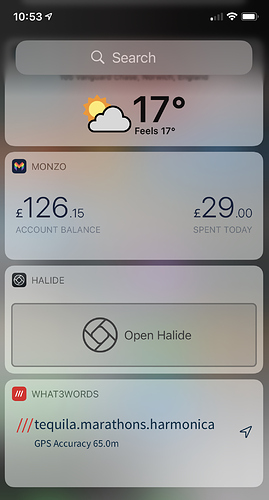 Maybe because you’re logged in? I’m not because I use my Android phone more.

Haha I have this too!

Is Monzo being rebranded back to Mondo?

You may rely on it

There ya have it folks…

Hi! To find out what I can do, say @monzobot display help.

Mine is the same on iOS 14, sent a message to support and was told to reinstall the app which did not change it.

It looks like iOS 14 is showing the widget’s internal name. I suspect these traditional widgets will be removed from the final release of iOS 14.

It’s an iOS beta bug, not a monzo bug – don’t waste monzo’s support time with something like this.

iOS is showing you the extension bundle name when it shouldn’t.

Quiet looking forward to what’s going to be done with third party widgets in iOS14, any ideas for the team at Monzo on what to do with them?

Sorry I didn’t know this was an iOS 14 thing, I’ll send them an apology email for wasting their time.

FYI this is fixed in Beta 2.

Monzo appear to have re-sized it so it fits like the other default widgets.

Monzo have no control over that.