Monzo prevalence across the UK

Are there any (public) data or maps about the location of Monzo account holders? I presume Monzo was very London-centric when it kicked off, but wonder if that’s still the case.

@AlanDoe may work some magic here

I reckon Monzo is all over the country. Far too popular not to be.

I’m sure it will be all over the country, but it won’t be spread evenly.

Don’t think it’s as London centric as it used to be, or actually ever was

With 6m+ it will be everywhere

Definitely see it regularly here in the Midlands

Unless everyone in London has one.

Likely it was definitely London-centric when it was Mondo, as you had to collect the card from them. And probably stayed London-centric for a good few years after that. Used to be it was rare to see a card in the wild where I normally am, but if I went to London areas (Shoreditch, Dalston, Hoxton) they were all over place.

If nothing else, let’s not forget it’s a numbers game, and that London is by far the single largest city and market in the UK.

By now it surely won’t be so London-centric. But it would definitely be interesting to see the evidence. At the very least, I’d be interested in seeing (and comparing and contrasting) the following visualisations:

I could be entirely wrong, but my suspicion is that the former would show a much more even distribution across the country than the latter.

Lots of cards in Northern Ireland, and not just the younger population. Work in retail so I see quite a few in a day. Not all just hot coral either, more and more plus cards all the time now.

I made a poll of Monzo users, divided by regions of the UK, in early 2018 and it had a London majority.

Obviously it was very unscientific, had a low user count compared to current account users today, was based on forum users only and was early in Monzo’s current account life. A modern Monzo one might be interesting to see.

I was always thinking of seeing something like this. There is a lot of comments about being cashless and I always feel this is because the majority who say this live in a major population centre such as London. Would be interesting to see. So… a completely unscientific poll! Which area of the UK do you live (based on the countries and regions of the UK)? poll

Can you duplicate that poll in this thread?

Would be interesting to see if things have changed since then, at least from forum makeup perspective

A lot of layers for England. I’d be interested to know the prevalence of Monzo in more remote areas of “Scotland” like Shetland islands, Outer Hebrides, etc., if Monzo is there at all.

It is based on the statistical 12 nations and regions of the UK when I made the original poll.

I could have gone down further levels but it would add more complexity to each region/nation and comparison to the 2018 poll would be harder. Also, if I edit it now to add more detail it will reset the poll.

Hopefully Monzo could provide a more detailed split if they ever published one. 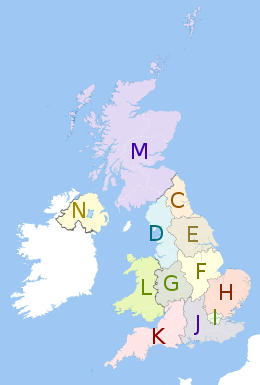 International Territorial Level (ITL) is a geocode standard for referencing the subdivisions of the United Kingdom for statistical purposes, used by the Office for National Statistics (ONS). From 2003 and until 2020 it functioned as part of the European Union and European Statistical System's geocode standard Nomenclature of Territorial Units for Statistics or NUTS. Following Brexit, the ONS set to develop a domestic statistical classification framework separate from NUTS. Currently, the ITLs...