Monzo (and others) in the NY Times

I spotted this today in the NY Times.

Last year, Monzo’s losses quadrupled to £33.1 million. The company is developing a marketplace where customers can shop for financial services offered by other firms, with Monzo collecting a fee. In the meantime, it makes some money from overdraft and A.T.M. charges, and is experimenting with giving out short-term loans of up to £1,000.

Nothing new in that

I never understand why they focus on a loss, it’s very normal to have losses. So the loss is probably the least important thing right now.

Banking in the USA is very different, probably one of the only articles I’ve seen recently that has pointed out the fact as Monzo is growing, its need to protect customers money with reserves is growing.

For the most part its actually a nicely written article that does explain things to people in a more informed way than many pro FinTech articles.

It’s encouraging to see Monzo getting international press coverage. Articles like this serve a useful purpose in raising awareness of the brand, service and ambition to potential new markets.

And the NYT reaches a certain demographic, that spans key US metros that I’m sure Monzo would love to capture when they make the hop skip jump across the Atlantic.

Any idea where the salary info comes from? By their own admission only a small percentage of people deposit salaries so just wondering if this is an actual statistic from their own data or survey data

I’m assuming that too, but the more surprising stat was that the gender split is pretty much even. Just shows you shouldn’t judge a bank by its forum.

Whilst the women in this community are a class act (there, I’ve said it), why isn’t the forum rather more representative of the customer base?

(Wrong thread, I know, so it’s a rhetorical question here, but…

Meh, rhetorical or not i’ll go there

There is a significant number of women on this forum, certainly more percentage wise than any other fintech forum I’ve seen. Not always obvious by name or avatar however. Also the forum is a small % of overall users and so won’t accurately reflect the demographic

Not always obvious by name or avatar however.

I asked a similar question last year and the forum doesn’t reflect the actual customer split very much. Just like how the forum is skewed towards people who are generally more tech-savvy and clued up on all things fintech, the gender split is a lot more imbalanced on here. There are a couple of women who post every now and then but a small group of us account for most of the posts on here, and the regulars are mostly men.

Most of us on here are invested in Monzo’s growth and journey emotionally (and a proportion financially). Considering that the initial crowdfunding investor split is 90% male to 10% female (I’ll look up the stats in a bit, but it was posted to this forum), it might partially account for why men are more active on here.

The other reasons would be because tech/ finance were not as welcoming to women in the past or regarded as topics women would be interested in, so less of us would have gained an actual technical knowledge about it in our schooling years and thus feel less equipped to discuss things on a public forum, like how I was initially reluctant to chat on the freetrade forum since I knew nothing of investing. But this has been debated on numerous diversity threads on here so I won’t go into that. I think Monzo is doing better diversity wise than most public finance/ tech forums, but there’s always room for improvement. I’ve seen the gender ratio at meetups improve too, which is heartening. 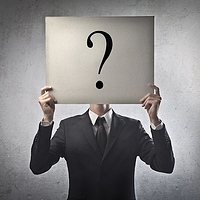 I’m not sure the place where “Tom says” translates to “this is more important to the future of humanity than the Bible, Torah and Quran combined” is necessarily the place to ask for factual information… 😉😂

I also liked this one - encouragement to voice your opinion ladies

2 answers down, one which directly contradicts the other, waffle worthy of me, and both from the only two loud female voices on their community, but no kind of answer to the Salary info, the important question.

lol such a waste of wine

I think you might be more obsessed with this forum and Monzo than some of the die hard Monzo fans to you mock so frequently.

Maybe it’s best to forget about Monzo and move on? I don’t think having the sort of negative fixation you have is healthy. You obviously don’t come here to contribute anything useful.

I mean no offence, I just don’t see how it’s good for anyone.

Some things are just not worth bothering with

We responded to @Demmedelusive’s question, and he didn’t ask about salary… so I don’t know what l8n is on about

Emma’s response doesn’t contradict mine either, her response aligned with parts of my admittedly long response, maybe they gave up reading halfway.
In any case, while we may be the “only two loud female voices” on here we are also very different people and we don’t have to think and respond the same way. I’m all for discussion but I don’t think they are interested in our POV

Edit: I would also like to highlight Emma’s point about it not being obvious by name or avatar- it’s not just cis women on here- I can think of at least 3-4 other women who contribute quite regularly or newcomers who haven’t chosen stereotypically feminine profile pictures or usernames. Emma didn’t put her name down either initially, so for ages I referred to her as Rat

Cut them some slack, they have nothing of interest to discuss on their forum except to discuss the discussions we’re having here.

Anyway, better that sort of thing takes place on Fintech Talk than here.