Monzo's financial situation in The Telegraph

This is quite interesting read about Monzo’s financial situation from The Telegraph. I have just come across this article in a recent post on Starling forum. Monzo, the fast-growing digital bank, has trebled its user numbers to 750,000 in a year, but has said profitability is its “next challenge” after losses jumped fourfold to £33.

Some bits from the article look slightly worrying:

Monzo’s highest paid director, thought to be Mr Blomfield, earned £305,000 during the year in wages and share-based payments, up from £60,000 the previous year.

“The bank said it would look to cut costs further by providing more automated help services alongside support staff.”

Are there reasons to be concerned? Increasing losses are accompanied by executive pay rise and possible compromises on customer service? Am I reading this incorrectly?

Nope, not from what I have read. Interesting times ahead…

The loss isn’t surprising considering the prepaid didn’t end until April and the huge jump in customer numbers.

This one breaks the figures down a bit more. The £15 cost per customer includes £10 customer support costs. The blog post breaking all this down will be interesting. 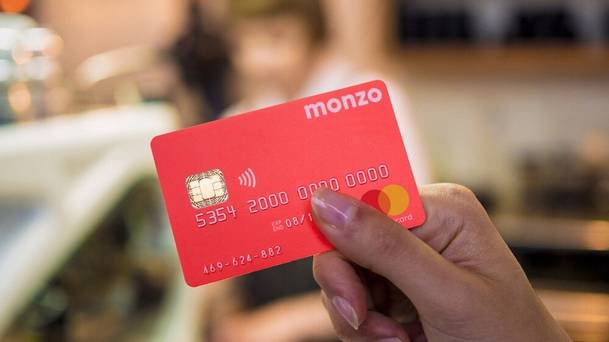 You’re already seeing this in the form of the help screen (that we’re continuing to improve) and projects such as self-serve transaction disputes. The support tools are also improving greatly from even when I last seriously used them a few months ago, making it much easier to investigate queries.

I hoped that would be the answer

Are there plans to extend the self service to other functions?

6 posts were merged into an existing topic: Value added accounts - One for the Future

This is also in the FT Financial Times: Digital bank Monzo’s losses more than quadruple.

Which commented that costs have been cut by 80% since September,and that most of the costs were linked to the old prepaid card.

More info to come on all of this later today!

Negative press is just a downside of a lot of recent publicity.

I wouldn;'t necessarily call this negative press, from my perspective it was expected for things to initially dip…

The article basically says Monzo is many times the size it was a year ago at a cost of £33m to investors.

I think anyone would be happy to invest £33m if it added £1000m to the value of the business (own estimate, others may differ).

As long as they dont run out of cash, but I’m sure there are people like Passion ready to help

Ha ha - that would be very big to sustain those numbers!

The thing is that all these headlines about Monzo finances sound rather alarming. If you don’t have financial expertise to understand the growth process of a newly established bank, you might be actually worried about banking with them… 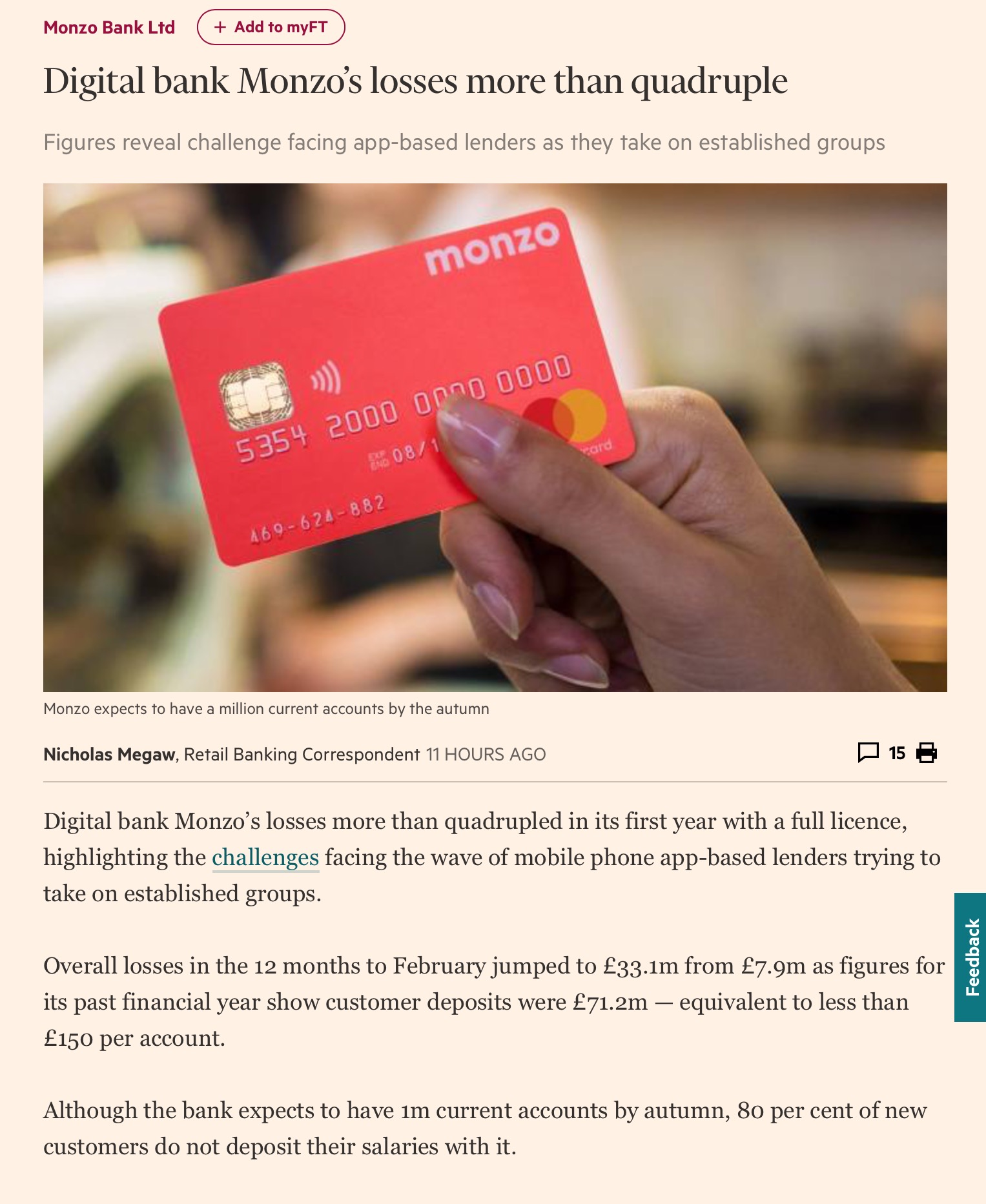 The journalists all have a point, these losses are unsustainable if they carry on forever. But my theory is part of the problem here is that the British press aren’t as used to analysing tech companies, high growth x high burn rate strategies as the US press, for example. I expect they’ll be happy when Monzo is breaking even

Obviously it’s not great for less-informed consumers to be reading these headlines but I doubt it’ll do much long term damage.

What fees are those?

Interchange was the one I noticed from the full report

Presumably those are mostly overdrafts fees, plus a bit of revenue from the energy providers in the marketplace.