Marvel - What are you excited for?

I looked through the past few months of topics just to make sure I wasn’t double posting the same topic in another thread and couldnt find another like this so fingers crossed!

What is everyone excited for as we come to the near end of Marvels Phase 4 timeline, who does anyone have any hopes for something to be released that hasnt been announced yet in the coming years?

You just had to revive this didnt you 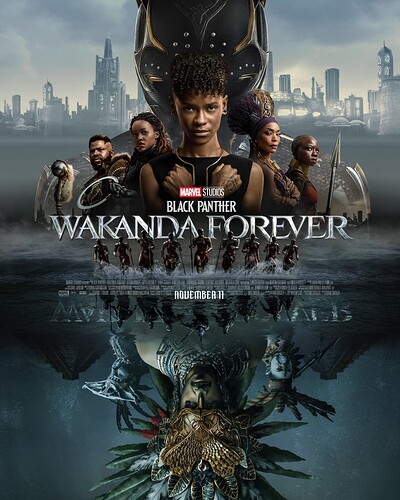 I feel nearly all the content on Disney + has been average at best and I can’t see there being another film that’d draw me to the cinema.

It feels like they’ve opted for quantity over quality for sure.

I felt that after Thor: Love And Thunder.

But I’ll still be in cinema next month for Wakanda

This is what I’m excited for. It has to all be leading up to this.

Absolutely nothing these days, it’s been flogged to death now. It’s almost like they’ve run out of ideas and just throwing stuff at the wall to see what sticks.

I might watch Secret Invasion when it’s out, purely because parts of it were filmed locally to me.

I do wonder if Secret Invasion has had to go through a bunch of hasty re-writing/re-editing - as a lot of it is set in Russia, and opinions on Russia have changed somewhat since they wrote/shot it.

They turned our area into Russia

from the photos I’ve seen from the shoot anyways

Yeah I made a bunch of the background prop stuff for the Piece Hall set - they turned the whole thing into a Russian market square.

That’s the view I held as I left the cinema.

Was a bit more palatable on TV, just.

Possibly because I knew it was a comedy by then, not a proper movie.