Has anyone seen inflated figures with Monzo on the new iOS screen time feature?

I reset my screen time at 13:00 today and my phone is telling me I’ve spent 24 minutes on Monzo, now I know that’s definitely not true. I’ve opened Monzo maybe twice today, and closed it 30 seconds to a minute later.

Just found it a little odd and wondered if anyone else was experiencing this?! 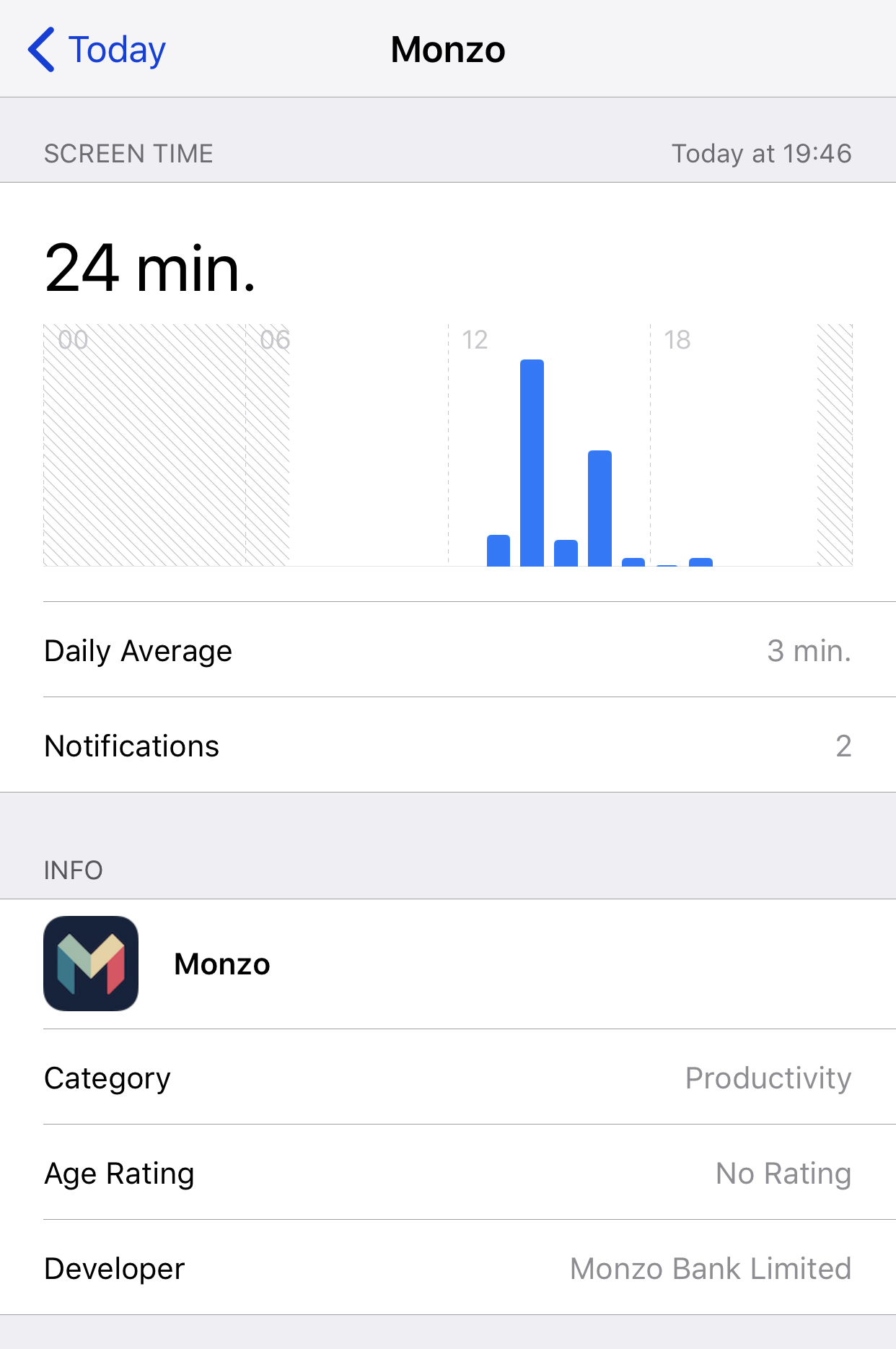 Do you access the forum community page from within the app?

Nope! All on safari.

It’s been doing this to me too - for some reason when viewing the Monzo forum on safari it is clocking up screen time as Monzo the app, instead of safari.
I know this as I don’t share screen time between my devices, and don’t have Monzo installed on my iPad, but after visiting the forum on safari on my iPad it clocks up time.

Maybe the screen time feature checks for deep linking* in apps and assigns visited sites to those apps?

*I think this is what it’s called.

That would make a lot of sense! In the beta days, it showed them separately!

Screen time doesn’t work well for me at the stage.
When I click to view the “last 7 days”, it only shows me the last 3 days but still averages it out over 7 days, so the average usage per day is wrong.

I’ve tried disabling screen time, switching it back on, restarting device, all the usual stuff, but it still displays it wrong.

Yeah it’s a bit buggy in places but a good start from Apple.

For example it if you look at data totalled for all devices it shows wayyy more notifications received as I think it’s counting the same text notification on each device separately.

When you view a text on the one it clears the notifications on the others. So ideally should only be counted once. 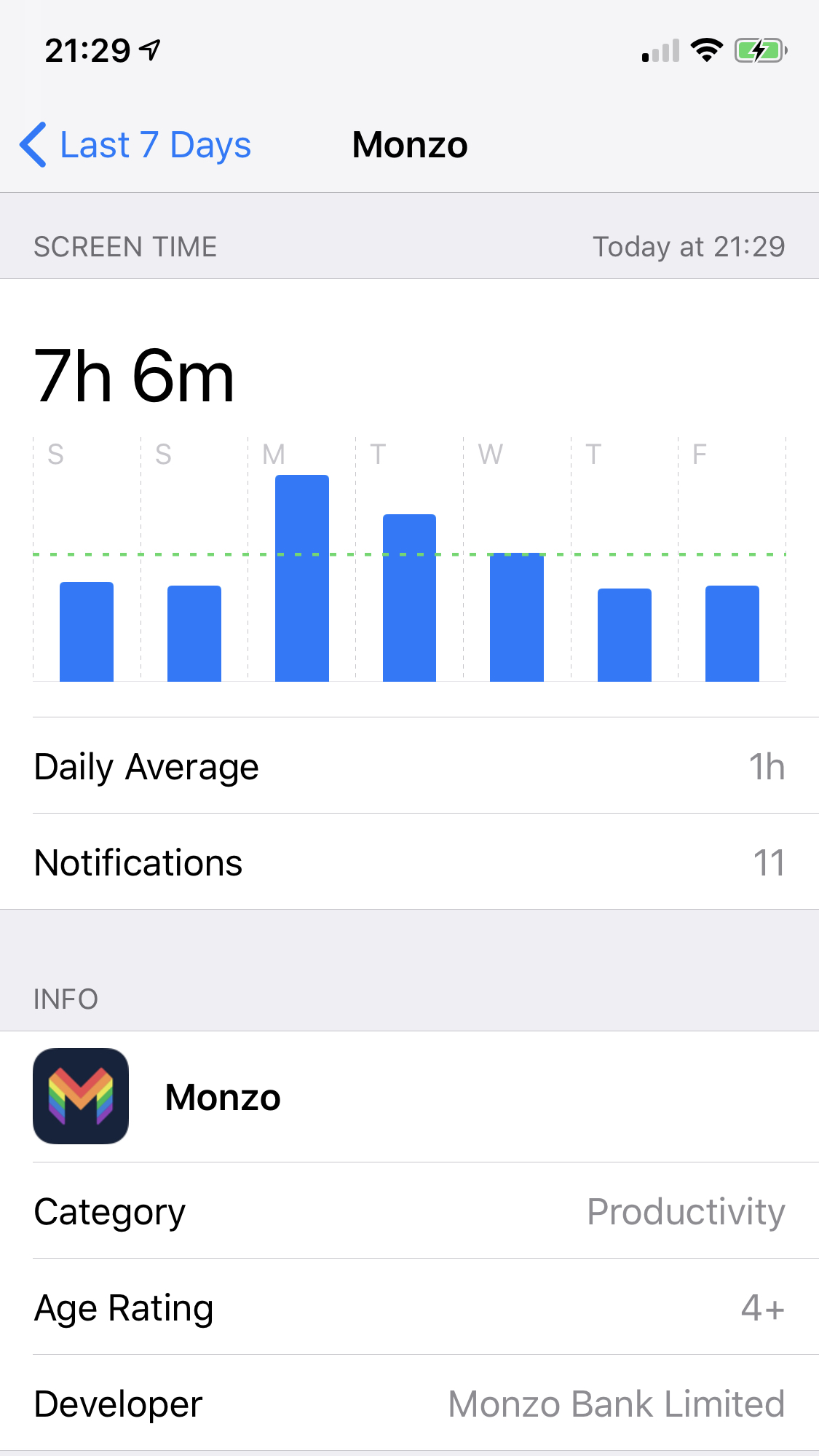 It must be the forum! It just confused me as it never used to merge them in the days of iOS 12 beta. Odd. I preferred them separate!