Ouch. As @TheAxelr8r, I too would like to know who your contents insurer is, because that’s plain extortion.

Have you claimed on your insurance at all, by any chance?

Not that I would suggest insurance fraud, but if you dropped your phone from the top of the Eiffel Tower and then called them and said it fell out of your pocket on the way down the stairs, how are they going to prove differently?

Only lived in my property for 1 year

I’d consider changing you’re contents insurance then too. Getting contents insurance and phone insurance in one is pretty common and you can save quite a lot. And you’ve been with them a year so that’s a good time to look if you can get cheaper elsewhere.

I’m gonna recommend Urban Jungle again, especially if you’re a renter, but look at the MoneySaving Expert links above too - that website will always send you in the right direction.

Thanks dude but I only renewed a few months back for the year. £130 ain’t bad for all my possessions

I’m happy to pay protect your bubble for now. Until I test my new case out that is

You need to start using comparison websites and not listening to people on the internet. You’re paying way over the odds.

My advocate set it up for me last year dude

Your saying £12 per month is bad ? Maybe it’s because of where I live ?

I see Apple do repairs themselves, something to consider

What I would recommend is using the guides on MoneySavingExpert - like this one for Contents Insurance for Tenants - to do your own research when you come to do your insurance next year.

That way even if you’re paying a high price, you can at least be comfortable that you’re picking the insurer where you’ll be paying the lowest high price for the level of cover you need.

Got myself a nice strong case and screen protector.

I’ve decided to keep the bubble insurance for 6 months. As by then the price might depreciate therefore making the insurance more than the value of the phone

Whatever works for you.

Not sure I’d continue to pay for something that isn’t worth it for 6 months though, but it’s your money! 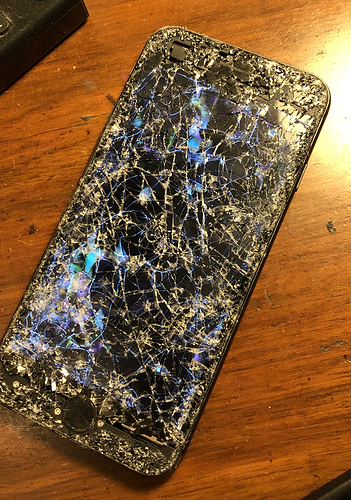 I dropped my phone earlier (and I think it was subsequently run over). Do you think this is beyond repair? The ‘find my iPhone’ feature still works, and it still seems to charge, and light up when I press the home button… I’m probably being a bit optimistic here!

I think the optimism is to be congratulated

Realistically, it looks pretty donald-ducked from that image

The LCD under the glass looks damaged too, so it’s not cheap before you start, then you don’t know if the camera and speaker are gone too , and maybe even the fingerprint sensor.

I would just get a new phone personally.

Depending on the model you can get a screen kit off eBay for ~£20 and if you do fix the screen it’s a good spare device even if the camera and speaker don’t work.

Although I’d be cautious that the battery may be damaged and a fire risk.

I’ve seen quite a few negative reviews about urban jungle being a nightmare to claim, has anyone had experience with them?

@maitland88 I claimed with Urban Jungle and had 0 issues. One phone call, emailed over some documents and then a final phone call to confirm. They had no issue with the replacement devices I bought even though they were slightly more expensive than the ones that were stolen and my premium only went up £4 a month. Whole thing took just over a couple weeks.

Your post is no longer flagged but to help explain…

Referral links go on the referral wiki. The reason being is that topics just get filled with people constantly posting them otherwise which detracts from the conversation and it makes it hard to follow.

Unflagged because I edited to remove the link.

Thanks for the advice @Ordog, never seen this wiki on here before & didn’t know there was a proper way to do it.

Took your advice and replaced the front screen (back still pretty smashed but have put it in a case).

Both cameras not working, power button also not working (solved with assistive touch), and the screen has a bit of light seeping in on the corner).

Everything else seems to be OK though, phone calls fine, touch ID fine, charges fine etc.

Guess we’ll see how long it lasts, but well worth it so I could properly backup. Hopefully it’ll keep going until the iPhone 12 comes out. 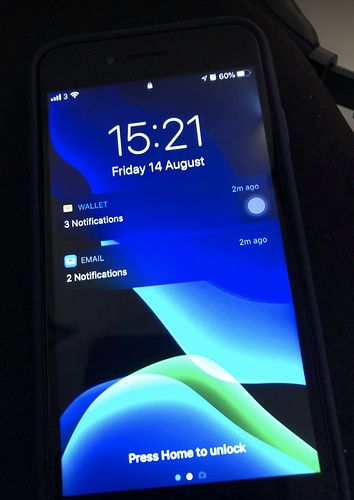 Glad it worked out.