Including balance on transaction notifications

It would be great if your revised balance was included on transaction notifications. It would save you going into the app to check your balance (particularly when it’s getting on the low side). Was this already the case with the prepaid card or am I dreaming? Keep up the good work anyhow.

From memory, the additional notification data was a ‘spent today’ figure.

It used to do that on prepaid. Would be nice to have it back, possibly behind a toggle for those that don’t feel comfortable showing their balance without authentication.

It would be nice to have the balance shown on the notification instead of “spent today”.

I agree with this. I’m much more likely to want to know my remaining total balance than spent today. Even if it was an option in the settings.

This is already working for me? I’ve wanted this for ages. Spent some money at different places and every time the notifications said the remaining balance

this idea, would definitely put me off spending, seeing how skint I am hahaha

Me three! There’s a possibility that this feature only works with people on the current account

Pretty sure this feature has been here for at least a year.

Perhaps it is a current account thing? I’ve literally just switched from the prepaid and now also seeing Balance notifications 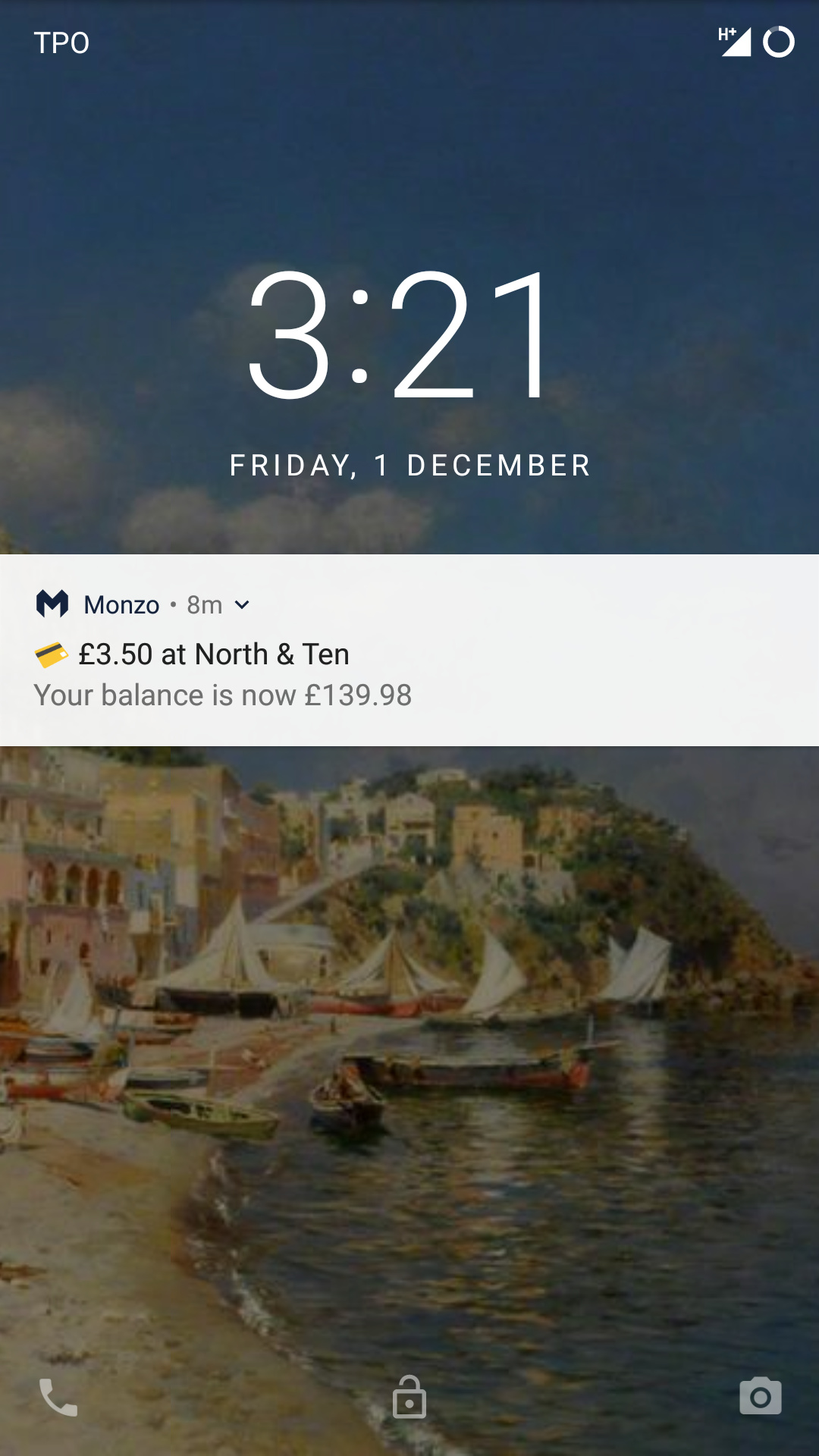 The problem for is that anyone that sees my notification now will know my balance. I’m not totally comfortable with that but I really like the payment notification.

There’s an option on Android to hide notification details when the phone is locked. The option to choose what is shown would be good though.

Think this is a good idea but it’s not working for me. For those that it is working for are you on iPhone and do you have the current account?

This is exactly what I want as well, as I’m using my Monzo card to manage my spending, I really want to know what balance I have left, I already know what I’ve just spent at the till after all.

Can anyone explain why some people seem to have this option and some don’t?

When using the pre pay card I used to get a balance update in the push notification when making a transaction. As someone who doesn’t open the app often this was really handy to keep track of how much money I have left. Now with he current account the feature has gone? Anyone at monzo know why? Can we have it back?