I wrote a variant of this message for our internal Slack to announce my departure, so it only seems right that I conjure some words to do the same here - for many years, among my favorite digital hangout spots, and one that I was fortunate enough to get paid to do.

I joined Monzo all the way back in October 2016, right after the Mondo name change. We had around 50 staff, 50k customers, and I interviewed in a scrappy cordoned-off section of a messy little office on Epworth St, where every morning at 10am a few dozen people stood in a circle, talked about what we were working on that day and ended by high-fiving each other. It was peak small startup vibes, with tons of merch strewn everywhere, and most days ended with beers and very heated matches of Worms on the PS4. Today we have over 1500 staff, 4 million customers, an absolutely gigantic new office in London is on the cards (pending what happens with Coronavirus) in addition to our other offices in Cardiff and LA, and when you take into account the early Monzonauts who have already left the company, I’ve now been here longer than something like 98% of my colleagues, which is incredibly surreal to think about - and I’m the 31st longest serving staff member, and the longest serving COp full stop!

Self-awareness is a trait I highly value, and one that I’m not sure I’m always good at. But one thing that many people that I admire who have already left the company have told me is that you’ll know when it’s time to move on. And for me, that time is now. Why? There’s lots of reasons. Firstly, that scrappy startup vibe that I mentioned above? I really miss it. That’s not what Monzo is anymore. It can never go back to that. And not only do I miss that culture, but I’ve come to realise that my personal skill set means that’s where I have the most impact. I had hoped that the business might arrange in such a manner where I could continue to have the impact that I used to have, but that unfortunately did not transpire. These things happen in business, and the people that you need in Year 1 and 2 aren’t necessarily the people you need in Year 4 and 5. Many incredible people learned this lesson before I did, and many people that I considered my personal support networks in this company have already moved on. Additionally - although I handed in my notice and made this decision before the pandemic hit, there’s going to be tough times ahead, and I think it’s only right that folks here are passionately committed to their career development here and what they can give to the company. I think with the reality of where the company is now and where it’s going, realistically I’ve given all I can.

I’ve been hugely proud to help run this amazing forum and support the Coral Crew, to run and host various events - hosting our two big events last year, Investival and The Future of Monzo was definitely a highlight, as were some things from back in the day that many of you might remember, like The Monzo Mixtape, The Bulletin video series, and over 50 Staff Q&A sessions right here on the forum. Having the most cumulative likes of all time on here feels hard-earned, and it’s nice to bow out on top. But the thing I’m probably most proud of is being part of the very small team that were tasked with setting up our Vegas office from scratch. From hiring those first 10 people, training them up in not just Monzo, but how banking works in the UK in general - literally setting up an empty office, going on more Walmart runs than I can remember, and overcoming a huge amount of cultural differences that caused problems - that’s a time period and experience not many get to have, and I’ll always treasure it. I was devastated to hear the recent news about us shuttering it, but to see it scale up and grow into its own larger operation from those 10 people we started with originally was hugely, hugely gratifying. I hope to see Monzo USA grow into a behemoth company and brand just like we have done here.

Years back, as an avid TechCrunch reader I was blown away by the story of Nick D’Aloisio - he was the youngest person to get venture capital funding at the age of 15, and sold his app, Summly, to Yahoo for $30mill when he was just 17 years old. Nick has a new startup called Sphere that’s currently in stealth, and they made me an offer that was hugely compelling. So I’m headed there to figure out what a world-class Community strategy looks like in this new decade of the 2020’s. Although part of me is sad to be leaving Monzo, and part of me wishes that circumstances would have aligned better in order for me to feel able to stay longer, more than anything else I’m grateful. It’s been my experience and learnings here that have given me the skills and ability to be able to lead on these kind of activities at a newer startup, and for that, I’m hugely grateful. I’ll be sure to let you know what we’re doing when the time is right.

That aside, I’ve been invited to give a talk at the University of Minnesota about my favorite subject - Prince! So I’m also heading out to the US to do that (it was supposed to be June, but has been delayed due to Coronavirus) and to continue working on the Prince documentary I’ve been producing for a while.
For the past year or so, I’ve also co-hosted a radio show for Dash Radio in LA, and I’ve been invited out to record at their new Hollywood HQ. Some of the other hosts on the station include Snoop Dogg, Ice Cube and Kylie Jenner so I’m hoping to get the chance to hang with them too.

It’s been an incredible ride on this rocket ship, and I’ll still be stopping by the forums to give my opinions as a soon-to-be ex Monzonaut.

I’d like to thank each and every one of you - in the words of Dewey Cox, it’s been a wonderful ride. I thanked a LOT of staff members in my Slack post, and the vast majority won’t be names that mean much to you folks here, so for the sake of brevity I’ll thank the fairly public people that have impacted my career the most - that’s Tom, Jonas, the whole founding team, Yehudi, Leah and Maria (who are no longer at the company) and Naji. There are many more and they all got my thanks in private on our Slack.

I’d also like to thank all Coral Crew - past and present. This is an amazing, vibrant community, and I feel privileged to have played a part in it. There’s a lot of change on the horizon - some good and some bad - we are in a pandemic after all - but one thing I hope doesn’t change is Monzo continuing to support this amazing community. I hope to stick around as a regular user, but I’m going to have a lot of new and exciting work to do soon.

I like to go out with a bang, so if you’ve ever appreciated my work here, drop a Like on this post, and perhaps that’ll stop me feeling sad when the reality hits

Peace, love and endless Hot Coral vibes! Stay safe, keep your friends and family safe, and support the NHS! I’ll see you on the other side. I hope whenever you hear a

song you’ll think of me

And to you. In bucket loads!

good luck with the next stage

Gonna be so strange without Simon

Good luck Simon! It was really interesting to hear you speak at “The future of Monzo” event and to read your posts here - I hope you enjoy your new role

A sad day for the monzo community. Gutted you’re going but glad to see you’re moving on to things that fit more with you! Don’t be a stranger man

Won’t be the same without you

Simon - thanks for everything you’ve done for the community; for your passion and your amazing support. This is a great loss to Monzo. This forum would have fizzled out long ago without your ideas, eloquent writing and honest transparency.

Thanks for everything, and I wish you the very best of luck in your new job.

Thanks for everything Simon. When you know it’s time to go, that’s the right time, whatever is happening in the world. I wish you nothing but the best in your new venture.

All the best Mr B

These kind of thoughts are the ones you’ll look back on and regret in the future if you don’t roll the dice and give it a whirl. Scary and unknown, but it has got to be done and change is exciting!

Thanks for everything @simonb, a heartfelt message from you there and one of honesty, integrity and transparency (as always)

It’s been incredible with you around in the community and I truly wish the best for you in the future.

(Prince, Snoop Dogg & Ice Cube - very familiar to me, and not from a listening perspective either

Simon - thanks for everything you’ve done for the community; for your passion and your amazing support. This is a great loss to Monzo. This forum would have fizzled out long ago without your ideas, eloquent writing and honest transparency.

This is exactly what I was going to say, the way you explained everything was so eloquent. A massive loss for Monzo and I’m sure you’ll be missed greatly. Best of luck in what you do next, it’ll be amazing.

We’ll miss you over on the Social Media team too

It’s hard to imagine this community without you. Thanks for everything you’ve done over the years! You’ll be greatly missed.

Thank you so much for all you’ve done for this community - it’s been an absolute pleasure having you around. Definitely not going to be the same without you!

All the best with the new job and the other exciting projects you’re working on!

And here’s the news in TechCrunch. 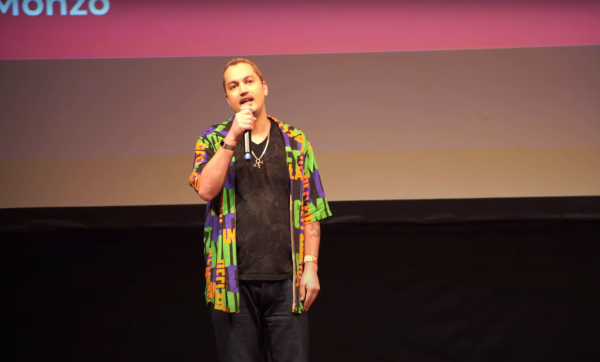 If you have ever attended (or tuned into) one of Monzo’s many community events, you are likely familiar with the work of Simon Balmain. An early employee of the challenger bank, he has played a long term role in helping to build Monzo’s customer...

Now TechCrunch has learned that Balmain is departing to join Sphere

I always assume that when someone has said they ‘have learned’ that it involved sources whispering things in dark corners. Bit of a let down

Thanks for all your hard work over the years, good luck in the future!

We’ll miss you around here

Thank you for everything you’ve done for the community

Good luck with the new ventures! Well done for being brave enough to make this decision, it couldn’t of been easy

And you too dude has been awesome having talks with you about music and gaming as well as all the work you’ve done throughout I’m going to listen to some Prince for sure.