Basically US law now prevents Google from working with them. It’s a shame… Huawei make some great phones.

Huawei don’t make anything great. They make devices to spy on you.

A bit like Google Facebook, bing, yahoo… Everyone and BTW they make some amazing stuff including my p40 Pro

Oh so do these companies work in cahoots with the Chinese authorities/government too ? - NO

No worse… The American

Lol. Not everyone… but nearly everyone… and i do get where you are coming from. The main difference is that to get hold of data; an american government will have to use the court system… in China i don’t think that’s actually the case, and even if it is who’ll win… the company defending their customers or the Chinese government ? (thinking back to the BMW clone court case) 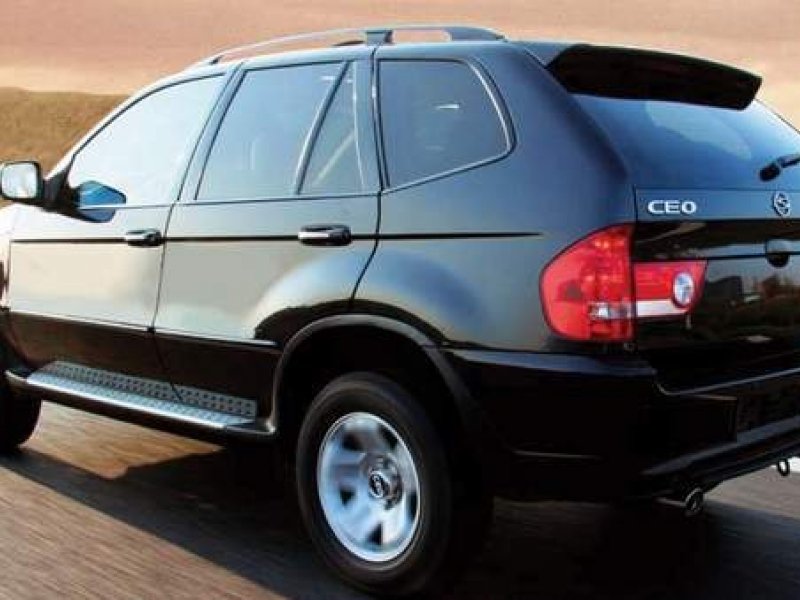 BMW has lost a court action in Italy that claimed a Chinese-built SUV infringed the German premium carmaker's copyright. BMW complained that the Shuanghuan CEO large SUV is a clone of the BMW X5. On December 10, a court in Milan rejected BMW's...

In respect to the Huawei phones - the tech they have is good, albeit with limited functionality, at almost an unbelievably cheap price. I can’t comment on reliability as i have not and will never own one based on the nature of the company and communist control.

Whatever mate go back to your iPhone cave #at&t

Well this is a fascinating discussion

I’ll leave you on this “room 641A” is a room in a at&a building in America where it has been proven NSA had been spying on Americas sanctioned by US government, I haven’t seen any evidence that huawei have done anything like that and to be quite honest I don’t care either if they had we all signed up for this when we agreed to the t and cs I’ve used iPhone Sony Samsung Nokia to name a few they all spied on me (with my permission) my Alex spies on me but here’s the rub I have nothing to hide I kinda like the idea of saying “oh I think I need a new TV” and a day later getting adverts for new tvs it’s helpful and I can’t wait for the 5g full roll out, my car will find me a garage to get its lights or brakes fitted when it’s low or damaged. I have an equal hate for all governments large corporation and (sorry monzo not you) banks but we need them because as much as we enjoyed it on our gap year sleeping in a bag on a mountain isn’t very nice, but thanks for your imput it’s taken my mind of the 4 walls I’ve been stuck in for god knows how many weeks

I can’t disagree. But that is America spying on it’s own citizens. Whereas Huawei have sadly been doing it to seemingly everyone using back-doors built into the hardware… which no one agreed to in any T’s anc C’s.

The main difference is that to get hold of data; an american government will have to use the court system

The American law and their courts seem to be in bed with the big advertising companies so I’m not sure if it’s much better.

Sadly it’s one of the better ones within a bad bunch.

I’ve been involved heavily with Telco’s and I.T in general over the past 15/20+ years and its this degree of expertise on which my opinions are based.

My main concern is the degree of control which China have over Huawei. For instance… if you had/have a fancy new car which was 5G connected and could be controlled remotely across that 5G connection… Theoretically if the Chinese authorities wanted to do something nefarious, like drive it off a cliff (for whatever reason) then there would be nothing anyone could do to stop it from happening (i know this is an extreme example, but sadly it’s true).

It takes a long time to build trust and only a moment to destroy it. Given what the US government found in addition to Vodafone and the UK NSCS, Huawei have got a long road to recovery before they’ll be trusted again.

Theoretically if the Chinese authorities wanted to do something nefarious, like drive it off a cliff (for whatever reason) then there would be nothing anyone could do to stop it from happening

If a compromised network connection is enough to take over a car then the problem is the lack of authentication & encryption on the communications protocol, and in this case I’d blame the manufacturer of the car first, not the attacker.

You’ve hit the nail on the head. But its the underlying and compromised network which bears the most responsibility as this is the medium transporting the data (which could be many applications, not just 1).

Security should still exist across all levels of any digital implementation, but if the very foundations are undermined, then everything built on that foundation is also undermined.

But the fact that the network connection is untrusted is already accepted and this is why we have TLS and use it pretty much everywhere now. Trying to secure that part is a lost cause, Huawei or not. In fact, I am less worried about a backdoor and more about the tens of thousands of people involved in operating the equipment that could have nefarious intentions or could be themselves compromised (malware on the network engineer’s laptop, password reuse, etc).

Security should still exist across all levels of any digital implementation, but if the very foundations are undermined, then everything built on that foundation is also undermined.

TLS is explicitly designed to defend against a man-in-the-middle attacker and does so successfully. Occasional bugs exist in different implementations but as far as I know the principles themselves are solid and there hasn’t been any large-scale vulnerability breaking it completely so I can’t agree with that claim.

Theoretically if the Chinese authorities wanted to do something nefarious, like drive it off a cliff (for whatever reason) then there would be nothing anyone could do to stop it from happening (i know this is an extreme example, but sadly it’s true).

And you’ll never see the evidence against Huawei because it isn’t public knowledge. All that Five Eyes were willing to divulge is that Huawei is getting funding from numerous intelligence branches in the Chinese government. While “room 641a” sounds bad, it isn’t quite as bad as the Chinese government actively using this sort of tech to force people into concentration camps as they are with the Uyghurs.