As the title states, does anybody know how many accounts a 16-17 year old could have theoretically - e.g: say two current accounts, one for bills, other for spending, and then some savings pots? What are my options?

You can have multiple Current Accounts, too.

I, for example, have:

1 x (Commited Spending Pot) - This is where most my bills come out of.
1 x (Easy Access Savings Pot)
4 x (Normal Pots)

A lot of people do have two Current Accounts with one as a spending card and the other for bills but you can achieve much of that functionality in your Monzo account, so it’s up to you.

I currently have a Lloyds Bank Under 19s Account, which is honestly pretty abysmal. The App is inconsistent on working, and it sometimes logs me out, prompting further security checks, and the IVR system doesn’t always work.

Anyway, in a few months I’ll be able to register for both a Monzo Personal 16-17 & a Barclays Young Person’s account.

I’m planning on using Monzo for spending, and Barclays for bills, the few direct debits I currently have, and income, putting any dough that can be blown when I’m out into Monzo.

Probably just leaving money in both, for the off-chance one Visa card isn’t working - I’ve been caught out in the past at Train Stations which is stressful at least when I was 13+.

Then when I’m 18 I plan on using a Credit Card from a bank to build up some credit history with the CRAs, via paying it off in full and only spending money I have. One worry however would be impulse, but I’m sure they have facilities to configure maximum amounts, furthermore by my 18th I would like to think that wouldn’t be as a big of an issue.

Are there any better ways of doing it? Oh, and thank you, redshift, for your quick reply

I like having a legacy for my income and direct debits. Whatever has last bribed me to CASS so it’s Halifax currently.

Amex Nectar takes all the monthly spend. Paid in full each payment cycle. Earns about £12.50-20 each month just on normal spend.

Monzo has a couple hundred for cases where Amex is not accepted. It’s a rare event these days something like Hobbycraft.

I only got my first CC in my thirties so it isn’t needed in life.

If you feel like you might be tempted then simply ask for it to be lowered. You should only be spending about 20% of your credit limit to earn brownie points with lenders.

Ah that’s cool I guess. Personally - I’d rather not mess around with CASS too much out of pure (and probably stupid) skepticism.

I haven’t actually seen anywhere I go to accepting Amex except McDonald’s, perhaps due to living in the North? I don’t know.

Anyway yeah it seems everyone has similar but slightly different ways of doing things.

I have a SIM-only deal now with O2, with both my dad’s & I’s name on it, paid out of my bank account, would that affect my credit rating, in a positive way?

Well having a mortgage that helps with age of credit, so generally not ideal to constantly switch as lenders like stability. But for my personal circumstances it has minimal impact. Probably bad advice to mention

Amex shouldn’t be regional, it might be that they want Visa/Mastercard instead for lower fees but nearly everywhere should take it. (McDonald’s drive through has weird thing where only the card can be used and not Google Pay. But that’s a pretty random quirk.)

I don’t think a sim only would have any impact either way tbh.

The key thing is paying bills on time, get on the electoral roll too. Lenders like to see have they paid on time and are they are stable and not constantly moving address.

Banks and Financial Technology seems filled with random & annoying caveats that I can’t do anything about due to my age until 2021. I do wish Lloyds Bank would let me cancel a Continuous Payment Authority, without going into branch, that’s right they aren’t happy with calling in, or anything on the plethora of digital banking services I’ve got.

It’s probably not a normal thing to think about at my age, but I find solace that Monzo & Starling (and other Fintech apps) exist, hopefully a little less archaic than what I’m currently dealing with.

I’m not sure why McDonald’s do that, I’d have thought Amex was Amex regardless, but no clue as I have only ever had Visa Debit.

Could probably just lower the limit on the Credit, eventually…

As alternatives to Amex you can get Visa Credit with Tymit and Jaja (but the waiting is ridiculous to get an account or used to be if it’s changed).

You won’t get any cashback though. 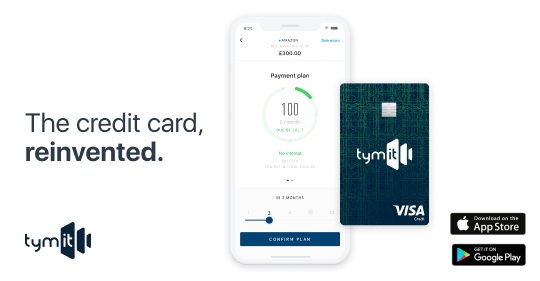 Jaja is on a mission to make credit simple. Our mobile-first credit card is changing the way people access, spend and manage money. To experience the next generation credit card, request your invitation today.

Key thing always pay in full, if you spend £50 on it then put £50 in a pot to cover it etc Don’t get tempted to see it as free money. If you think you might be tempted then it’s better not to have one.

It’s also slightly more tricky keeping tabs on spend between Amex and Monzo until Monzo pull their fingers out and integrate Amex into the budgeting. Atm the best is probably Yolt or Emma.

Looking to see if Starling brings out their CC in 2021. It was meant to be 2019, and then this year before Covid was a thing.

Well, I was planning to do that with a second current account, so I assume we’re on the same lines, minus the discretion in account type. Though it is a little while longer until I’m 18, looking forward to mid 2021, where I’ll be able to go Monzo. I’m just looking at applying for a passport / provisional driving licence, I don’t have a National Insurance Number yet, or someone to authenticate my identity for a passport.