It really is absolute trash, my PC barely runs it, and it runs Cyberpunk at 2560x1080, Ultra at 60fps for goodness sake

I’m gonna be honest, it’s not even worth sailing the high seas for

What is everyone’s experience with it?

Bruh. How’d you manage to endure it for 18 hours!?

San Andreas I’d understand. That’s the only one that really has the nostalgia value for me. But Vice City? Hard pass.

Not keen on the overall business tactics surrounding this, so I got mine refunded. Vote with my wallet. Can’t say I’m missing much, there’s a lot of other good, and much better stuff this month.

For transparency. I didn’t actually play it. Saw a lot of stuff online and noped out of my contract with Microsoft and asked them to refund it. I’ve learned my lesson by now. Just need to make myself to actually stop preordering stuff and buy when I’m ready/want to play. The amount of games I pre order because I like em and want to play em, but then never get round to playing them is nuts.

I don’t see it as enduring, I’ve been enjoying it really. I think – based on my experience of Vice City – the issues are blown way out of proportion.

Sure, I’ve seen a few cars half-sunk in the ground, but that also happened on the original. Some of the faces don’t look too great, but they only appear in the background for 20 seconds of a cutscene, and you can’t really see them in enough detail to matter from the sofa if playing on the TV. The game also has a few frame rate drops on Fidelity mode and a few odd lighting effects, but nothing I couldn’t live with.

Based on my experience, I think a lot of the online criticism is in bad faith, from people who don’t quite appreciate that we’re getting 3 full games for £50. Remakes would cost at least that much each. Many of the worst things I have seen posted online (face textures on walls, Top Fun van turned into Top Bun) just don’t exist in my game.

But I’ve been enjoying the game thoroughly. Vice City was the biggest game of my younger years, I played the original, I played it with mods, I modded it with different characters, storylines and vehicles from pop culture, I played the mobile port. So driving around in neon-lit Vice City, listening to Atomic by Blondie and seeing the lights reflect in the puddles on the road fill me with so much joy. Most of that time has just been spent doing taxi and ambulance missions and taking in the game.

GTA III I never played and don’t really care about, and GTA San Andreas is not only my least favourite GTA but one I actively dislike. I’ll play them because I paid for them but Vice City alone was worth the £55. Is it perfect? No. But I am sure it will improve. And the nostalgia I get from it was absolutely worth it.

This game is so not worth it. I am currently playing San Andreas, The cars explode far too quickly, it’s like you don’t even see the stages of smoke anymore, they just go on fire if you sneeze at them too hard

My own personal bug I found recently: Do the car door phase! - GTA SA Remastered - YouTube

This is the best GTA!

I preferred the sound track of vice city, but the map of GTA SA

You better be kidding me Tommy! Tell me you still got the money.

Nah boo. San Andreas was much much better.

Seems to be about the same frame rate as the remaster too, very accurate 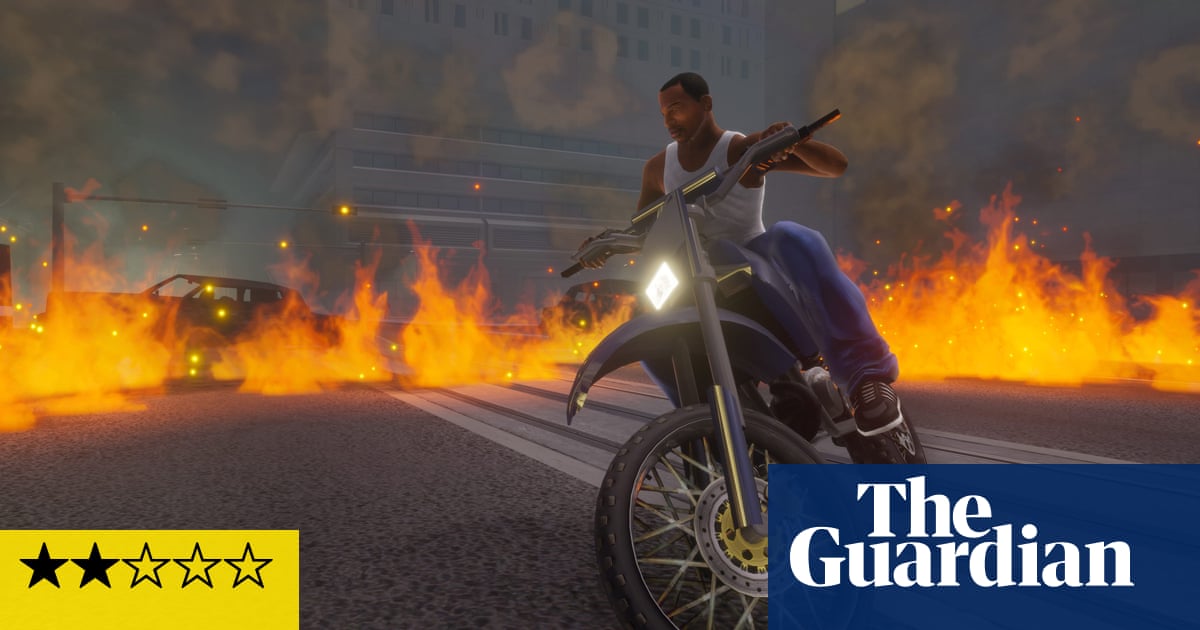 These remasters feel less stable than the glitchy originals, with a lack of attention to detail that undermines the games’ character

If you’ve played GTA SA, the abandoned airfield aircraft hanger is only HALF animated, only the left door is shown as opening - the right hand door does open, but the texture stays in place - this is peak “half assed job” literally

The worst thing about this, is it’s only partially GSG’s fault, Rockstar won’t have given them enough money to do the work

So that’s done then. Still a couple of achievements to hunt down though