Developing story but I imagine quite a few Monzo customers will be impacted here especially with so much of Monzo’s growth coming from fee-free overseas spending.

Also sidenote, the hackers could have at least processed our refunds for us 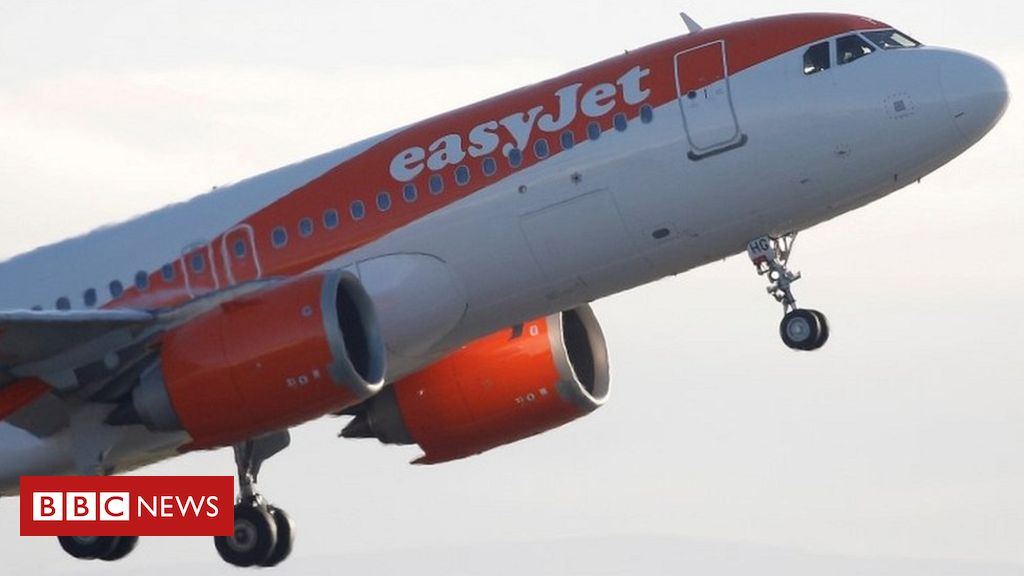 The attack was "sophisticated" the airline said, adding that some credit card details had been accessed.

EasyJet said it first became aware of the attack in January.

EasyJet said it first became aware of the attack in January.

And yet, “we take issues of security extremely seriously”

Yep the timing of the announcement seems insanely late.
I wonder if it’s because the fine is based off it’s annual turnover… That way they’re in a new tax year with hardly any turnover due to the current circumstances, so smaller fine!
Boom #conspiracy 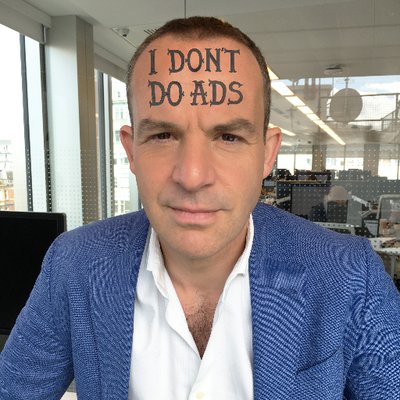 Update: So far it reports, just over 2,000 customers card details have been hacked - all of those have been contacted. It is still worth keeping an eye on your statements and credit files though for strange transactions / applications (then again it always is) twitter.com/MartinSLewis/s…

Easyjet admits hack of 9m customers' data. While we await details, everyone should - Change your easyjet password - Change the password on any site where you used the same password as you did with easyjet. Pls share. We need to wait to hear if payment details included.
RichardL (Richard) 19 May 2020 16:44 #7 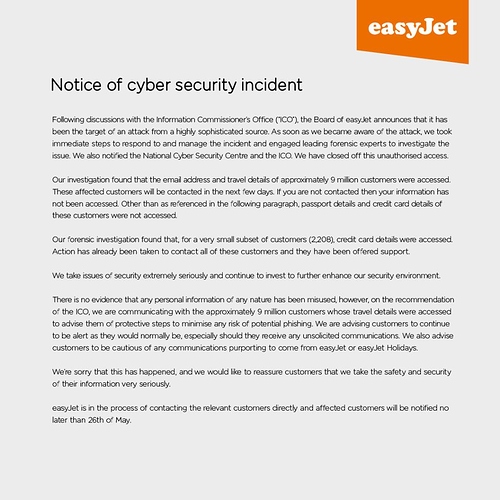 I got a nice email from them to let me know some of my details were compromised. But supposedly not card number ect. Dickheads

I personally feel it’s better to always assume that your details are out there. If you’re really concerned or you’ve seen evidence of your own accounts then you can register at CIFAS. In some cases your bank or credit card will do it automatically,

Be aware though that by registering with CIFAS it will make getting any future credit more involved or difficult until it’s lifted. It means all applications have to be viewed manually and extra checks are done. Companies involved in the scheme are not meant to decline anyone for the flag but rumour has they do because of the extra effort involved.

I wish we had the system they have in the states where you can apply a credit freeze, so no new credit can be taken out until it’s lifted. I believe it’s being looked into over here.