I miss them everyday.

I will physically fight anyone that tries to change my mind.

I once had a pack of M&S Welsh Rarebit crisps where, by some quirk of manufacture, they’d manage to use double the amount of flavour. They were amazing and I still dream of them. I can almost taste them now.

Every packet of crisps since has been … meh.

Not crisps but these are my go to

You’re all wrong, correct answer is Sweetcorn Relish flavour Skips which were around in the 80’s. The only two things that come close are Nice’N’Spicy Nik-Naks and Scampi Fries.

I have a terrible addiction

Doritos. Especially the chilli ones.
I used to like Pringles Paprika, but either they’ve fiddled with the flavouring or my taste buds have adjusted, as they don’t seem to pack the punch they used to.

Sadly missed - Phileas Fogg tortilla chips. Must be more than 20 years since they stopped making them now but I still miss them.

Phileas Fogg tortilla chips were to die for

I don’t know why they were discontinued but I think I’d be about 10 stone heavier today if they were still around.

I seem too remember they came back at some point but they didn’t taste the same. Probably weren’t coated in salt and fat after the shift in health consciousness 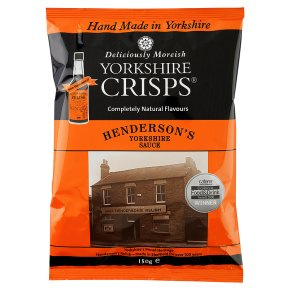 Diet has began again this week!

@Suitcasebecky feel free to nick a Huel referral from the Wiki

I haven’t eaten crisps for nearly a year, but I could do that quite easily. Not much beats a Roysters sandwich!