How cack is that…

National - don’t know what the process is for the regional ones.

Tried it a couple of times over 30 but hasn’t worked. So might hold off trying again for a couple of weeks

That would be against mastercard rules. (Tesco no longer offer current accounts to new customers that had visa debit cards)
It’s favouring one issuer over another.

If thats true my tesco credit card thats seldom used will be living in the drawer.

Said that they no longer allow new accounts to be opened they can still be used.
Tesco credit cards are all MC apart from their platinum card which has been closed to new customers for years.

Great idea, but with 2 small flaws.

Just because the limit is supported by your card issuer, it doesn’t mean that the retailer has to accept it.
(As we have seen from the above posts regarding Tesco)

And unfortunately, I don’t think there’s anything in law to force retailers to up their own acceptance limits if they don’t want to.

Secondly, the contactless overall limit has not been increased as far as I know, so now, if you are lucky enough to find somewhere that accepts the higher limit, you would have to use chip and pin more often as you’d reach the limit sooner.

Tried in Boots today (as my phone was utterly refusing to play ball) and it did not work. Cashier said their terminals awaiting an update. Not going to be an immediate thing nationwide then

Risked it in Aldi today and it worked

would have to use chip and pin more often as you’d reach the limit sooner.

You won’t need to use it more often. The higher value (£30-£45) transactions that are getting you to the £100 limit sooner, would previously have required a pin anyway.

Coop is now done - ahead of schedule.

Wouldn’t it be better that instead of the banks raising the limit for contactless, they all got together and instead scrapped (temporarily) the charges they have for businesses to accept cards? So, that’ll allow shops that have a minimum spend on card to drop that for the moment so you can buy everything contactless instead of using cash for some purchases?

No, this is due to the SCA regardless of charges.

As a heads up, Tesco have no intention of making changes to the limit currently. 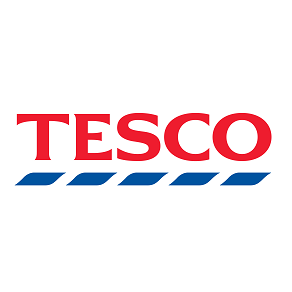 @michaelw90 Good morning Michael. Thank you for your enquiry regarding the contactless payment. From 1 April, the legal limit for contactless payments will rise from £30 to £45. However, the limit in our stores will remain at £30. 1/3

@michaelw90 We are doing everything we can to ensure our customers can get what they need as efficiently and safely as possible. 2/3

@michaelw90 Increasing the contactless card limit at this time could impact our ability to take payments and cause disruption to our customers, so for now our stores will keep the current limit. We will continue to keep this under review. TY - Alison 3/3
1 Like
swok1080 (➕ 👬 🤖) 6 April 2020 11:34 #37

To be fair to Tesco I ran a PED firmware update at a Coop (not Coop Group) and we lost about 30% of the units as advised by the device supplier. 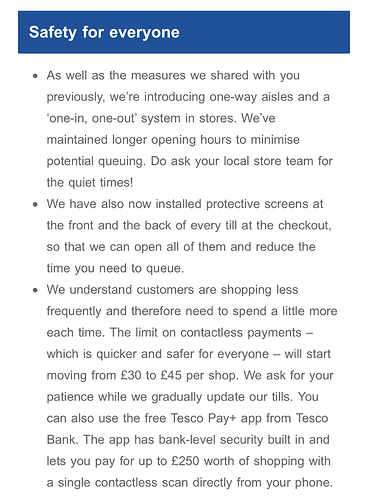 Yeah, but 50% of units at my local Tesco are not in use at the moment anyway because of social distancing…