Some people really think the country will collapse when we leave the EU don’t they?

Let’s get one thing clear.

The country will continue and so will life itself.

There maybe changes but there aren’t going to be food shortages or medicine shortages.

Iceland and some other countries are not part of the EU but have a trade agreement and these countries are some of the best in the world so why can’t the U.K. be the same?

Does anyone think that once we leave all the companies that do business with us are all suddenly going to stop?

The EU is a dead idea people saying what we can or cannot do from another country? Crackers absolutely crackers.

Iceland and some other countries are not part of the EU but have a trade agreement and these countries are some of the best in the world so why can’t the U.K. be the same?

The difference is that we have 40 years of history within the EU to untangle and create our own regulations for. In the long run, yes I’d imagine everything will be fine, but there is the possibility of short term disruption as we transition back to being separate from the EU.

people saying what we can or cannot do from another country? Crackers absolutely crackers.

Although, while in the EU, our country has a say on all things. If there is anything our country doesn’t agree with, our representatives can veto it.

I think there will be supply issues if there’s a no deal, how bad they’ll be is completely unknown. But I expect a deal and if not i’ll just head over the border to shop

I’m sure they’ll be supply issues with certain products but they’ll always be other food I’m not worried.

Worth pointing out that the source of that text is a campaigning organisation who have wanted Britain out of the EU for decades.

I have no comment to make on the Brexit debate on one side or another, but I’d strongly urge everyone to avoid taking all their information from partisan analyses like those posted by @Chapuys.

For each “analysis” by pro-leave you will find equal and opposite “analyses” by similarly biased pro-remain organisations.

Do your own research and look for bipartisan or neutral sources of information. And try not to look for information that supports your existing opinion or worldview.

And on stockpiling, make your own mind up, but there is probably no harm in having fuller cupboards whether or not you think that no deal is either a possibility or if you feel that it is likely to be the best exit from the EU / disaster for the country / business as usual.

Worth pointing out that the source of that text is a campaigning organisation who have wanted Britain out of the EU for decades.

I’m not stockpiling, but it’s always worth checking the source of data and what might be behind the information you’re reading (on both sides).

I was clear it was a Labour Leave / Global Britain document and gave links. However it does point out, with some references, what is currently happening on the border bringing it into one place and not many places actually do. That was the reason I used it.

Like everything you need to read between the lines, follow up the points which have been raised and check out the facts whether you believe they are true or not.

[…]
For each “analysis” by pro-leave you will find equal and opposite “analyses” by similarly biased pro-remain organisations.

Do your own research and look for bipartisan or neutral sources of information. And try not to look for information that supports your existing opinion or worldview.
[…]

Exactly. Both sides are saying things to justify their polarised point of view. People need to not just take the superlatives from each side of the campaign as gospel truth.

As I said, investigate yourself. Look at documents, check out the sources and make an informed decision about how your life will be affected.

There will not be shortages of medicines

Apparently no one believes this. The government said there would be no shortage and the NHS has said they would need see more info.

Niall Dickson, co-chair of the Brexit Health Alliance and chief executive of NHS Confederation, said the NHS will now want to see more “comprehensive operational advice” on issues such as the stockpiling of medicines and equipment, medical research and public health— in time for them to take robust action before the UK leaves the EU. 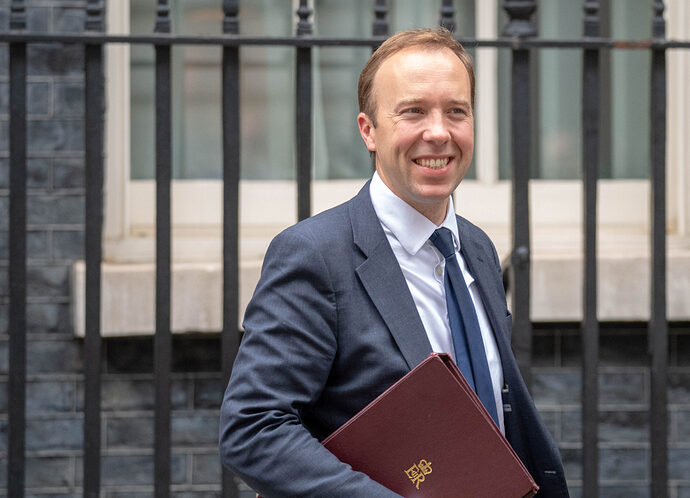 Today’s letter explains that “revised” government predictions now expect there to be “significantly reduced access” for up to six months to the short routes between Dover and Calais, “where the frequent and closed loop nature of these mean that both exports and imports would be affected”. To avoid the expected congestion, the government plans to prioritise the movement of medicine and medical devices through alternative routes. “Roll on/roll off” freight capacity will mean that imports can be driven away from ports immediately after they enter the UK.

In August, Hancock requested that pharmaceutical companies that supply British patients ensure they have six weeks’ worth of additional supplies or “buffer” stocks. In today’s letter the health secretary reports that he is “extremely pleased by the response rate” by companies to the stockpiling requests.

The government is literally getting everyone to stockpile.

It’s very clear the government sees a risk in a availability of medicine and people who rely on it are rightly so moving to mitigate that risk themselves.

(your first link was deleted btw)

We cannot have a no deal or there will be a hard border simple as.

The May deal will be voted down.

In the very unlikely event either of the latter 2 happen, I am glad i am in Scotland and I will again vote for Indy, I am a Welshman too living in Scotland since 2004

You could be right.

This is just a matter of law. The legislation (The European Union (Withdrawal) Act 2018) has already been passed.

or there will be a hard border simple as.

Or everyone could just ignore that whole border problem and pretend it’s not an issue. People will just get on with things then in 50 years someone will realise we never actually did anything about that.

Not going to happen as it is required for custom checks.

You could be right.

This is just a matter of law. The legislation (The European Union (Withdrawal) Act 2018) has already been passed.

You’re correct on point 2. However, on points 1 and 3, there are several avenues in which more time could be bought. Either by the Government, Parliament, or a collusion of both.

The Government of the day could easily step in and defer/cancel Article 50, and then make changes to the legislation to prevent it coming into practical effect on 29th March.

While some factions like to portray the idea that Brexit is hard coded into law, come what may, this isn’t the case. While it’s true that the mentioned Act has been passed, its legal significance in terms of the UK departing the EU on the 29th is minimal. The purpose of that Act is to make domestic provision for what happens with EU law in the UK after the European Communities Act 1972 is repealed. Section 1 implements this repeal on ‘exit day’.

The essence of the Act is that it ports over pre-existing legislation derived from the ECA 72 into UK law, if and when the ECA 72 is repealed. But it doesn’t really legislate for the actual withdrawal process, or put any obligation on the UK to definitively leave the EU at all. Of course, parliament authorised the UK to leave in a previous Act (European Union (Notification of Withdrawal) Act 2017) - giving the Government permission to invoke Article 50 of the TEU, conferring the power to notify the EU of an intention to leave, but put no obligation that the Government must see the process through.

The only significant intervention the Withdrawal Act makes in respect of the exit process is that it forces the Government to get Parliamentary approval of its deal in order to ratify the deal in any exit treaty (see Section 13). But even if parliament rejects May’s deal, it is not inevitable that we will see a no deal Brexit on the 29th.

Let’s see how ‘exit day’ has been defined in the legislation - it is significant because it is the trigger used as a condition for much of the Act actualising:

In other words, the Act has been written to actualise at a time which is coincidental with when the UK departs the EU.

Which seems quite solid. But just two subsections down, notice how easily this definition can be changed by a Minister in Government if the date the EU treaties cease changes.

"A Minister of the Crown may by regulations—

(b) amend subsection (2) in consequence of any such amendment"

Now, the ‘day and time that the Treaties are to cease to apply to the United Kingdom’ is dictated by Article 50;

“3. The Treaties shall cease to apply to the State in question from the date of entry into force of the withdrawal agreement or, failing that, two years after the notification referred to in paragraph 2, unless the European Council, in agreement with the Member State concerned, unanimously decides to extend this period.”

The EU have indicated they are happy to extend this period if the UK sought to.

As confirmed by the ECJ, Article 50 is also unilaterally revocable by the departing Member State

If the Government for any reason chooses to cancel or seek to extend Article 50, it can do so without parliamentary authority. Even if MPs have chucked May’s deal out, the Government can still decide to either delay or cancel Article 50. This is because international treaties are the prerogative of Government. The reason it had no prerogative to commence the process was that doing so might impinge on rights implemented by Parliament in the ECA 72. But no rights set by Parliament would be impinged upon by its reversal of the decision. (See R v Miller).

In light of this - let’s look over your scenarios (and some extra ones) again:

Could someone give me a tldr of this ^^ please?

I’m a slow reader at the best of times

Sorry pal, I got a bit carried away as usual

Basically, for various reasons, the Government of the day can postpone or cancel (with the intention of reinvoking) Article 50, either out of necessity, poltical pressure, or to allow more time for futher negotions.

This is despite the exit date already being written into law.

I think it’s possible to see stockpiling for Brexit as a form of Pascal’s wager.

A rational person should live as though Brexit will happen and seek to stockpile for Brexit. If Brexit does not actually happen, such a person will have only a finite loss (some money, food they’re not wholly enthused about consuming), whereas he stands to receive infinite gains (as represented by having food and avoid infinite losses (starving)).

Sound logic, if the threat of food being suddenly scarce were a genuine one, eg the Met Office had issued a flood warning. But the idea anyone will starve directly because of Brexit is completely nonsense.

A) Supermarkets, not wanting to lose profit, will have made their own stockpiles which they will steadilly distribute to stores

B) Plenty of food is British grown and sourced

C) Plenty of food is imported from non-EU countries.

“Necessity is the mother of invention.”
Esther Boserup

Sound logic, if the threat of food being suddenly scarce were a genuine one

The whole point is that it’s sound logic regardless of the outcome.