You didn’t have 2FA on if they could get into your email without it.

They can’t do anything in Monzo without your pin

Do they not need the card pin as well to get into the app? Funny we’ve had a few “hacked” incidents like this recently.

You didn’t have 2FA on if they could get into your email without it.

I figure OP was either referring to the backup contact info having been changed, or that the hacker has turned on 2FA.

@OriginalTurn3r - Method 2 on this article suggests that there is a form that can be filled out to report to Microsoft that your account has been hacked, even if you can’t currently access it.

ISTR that last time I logged in to my Monzo account on a new phone it asked me to enter my PIN before showing me anything. Think this change came in as part of the SCA changes. Unsure if it asks every time or not though.

Just the link I believe. They need the PIN to make transactions.

When you sign in to a new device you’re asked for your pin number.

This all sounds very similar to this post where the person also had their email hacked and somehow someone got around the need for a pin.

Best thing to do is to either call the number on your card or contact Monzo via direct message on Twitter.

So my gmail has been hacked the person got to my account and changed the gmail account that was linked to my monzo account but my mobile phone is still linked to the account . What should I do? Any advice or solutions

If the op wasn’t fabricated then it would be. There’s no way the sequence of events happened as described. Without the PIN, no one could have logged into Monzo on a new phone. The op is either a troll or trying to intentionally damage Monzo’s reputation.

Call the number of the back of your Monzo card

That’s one lucky guess at getting your pin correct

So they hacked his email and then guessed his 4 digital pin which is a 1 in 10,000 chance.

Calling BS on this

they guess my pin it was easy

How was it easy? Did you set a poor PIN i.e. 1111 or your date of birth, or are you saying that you know how they cracked your PIN?

I was concerned so I decided to test this myself and there are some things that don’t add up.

Therefore, for all of this to be true one of the following needs to have happened:

I’m leaning towards #2 and since this is the one thing you’re supposed to safeguard it is likely going to be concluded that you were at fault - not the bank.

I’ve put aside the fact that they also hacked your email and guessed your password bypassing all security on there too. For example, location based, 2FA and brute force protection (guessing too many times incorrectly).

Pardon me for interjecting at this late stage, but I decided to test Monzo’s approach to mitigating a brute force by incorrectly entering my pin as many times as the system would allow, and may have accidentally ended up indefinitely locking myself out of my account since I can’t retrieve my ID during lockdown

Anyway, I believe by default, no one has any security on their Monzo app, so that’s not really the user’s fault.

In regards to asking for a pin when signing in on a new device, that doesn’t seem to always be true, or at least it didn’t used to a few years ago, but I don’t recall ever being asked whenever I would upgrade my iPhone either, though I could have just been on autopilot and not realised.

There is also no such thing as a “weak pin” as all pins have the same entropy, so it’s unreasonable to assign fault to the customer on the basis of their choice of pin, although commonly used pins, identifiable dates, or simple patterns should be discouraged, though not prevented. It’s been a while since I’ve researched this properly so the statistics may have changed, but it used to be, on the basis of probability, that 10% of PINs are guessable within 3 attempts.

I share your doubts, but it certainly isn’t impossible that this particular hack could happen, just improbable. To me, if their story is true, seems more likely they were phished into unwittingly providing someone with their security question answers for 2 step authentication and bank pin, unless of course the pin could have easily been deduced from their personal info once the hacker had access to the account.

Update: Regained access to my account! That was pretty decent support for Monzo, especially at 2am. Support replied within half an hour, advised me to take a photo of the floor for the ID step then proceed with the video selfie, and within a minute I was back into my account!

OP, are you going to be honest about all of this?

In regards to asking for a pin when signing in on a new device, that doesn’t seem to always be true, or at least it didn’t used to a few years ago, 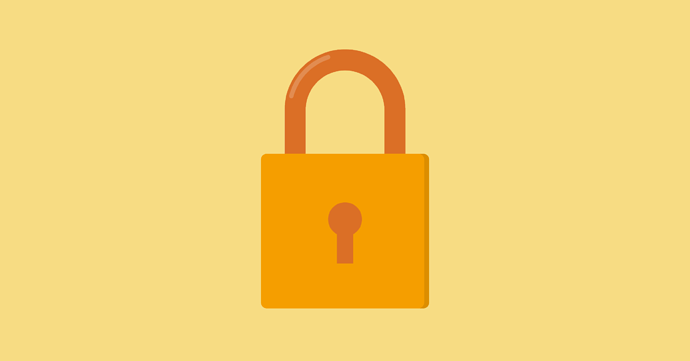 Introducing Strong Customer Authentication: What you need to know

New rules for all banks, including Monzo, mean we’ll start increasing security around using your account and making payments. So the way you log into the Monzo app is changing, and we’ll ask you to regularly prove your identity by reauthenticating.

The Monzo forum is a place where Monzo users and people interested in Monzo’ & Financial Tech discuss a wide range of subjects.

Unfortunately, no-one here can help with a fundamental issue of not being able to login to the app. Without access to the app, I can only recommend sending details of the problem to Monzo via email; help@monzo.com (using a secure email account)

Without access to the app, I can only recommend sending details of the problem to Monzo via email; help@monzo.com (using a secure email account)

Additionally, it might help to speed things up if you include a selfie with your ID documentation.