I thought I would go ahead and get apple pay yesterday and so far its so much easier than having to get my card out.

Also i have a question, in Greggs they have this sperate black " Motorola " device scanning device for certain phones, what is this ?

It’s fantastic, can’t fault it. Don’t really use my card much anymore.

Barely use my card when I have my phone to hand & Apple Pay just works but when I do use my card I love the random looks I get and the responses like bloody hell that’s a bright card or you wouldn’t lose that on a dark night lol, @Venomx as for the black “Motorola” device can’t say I’ve seen one or know what it does.

in Greggs they have this sperate black " Motorola " device scanning device for certain phones, what is this ?

You can download a Greggs app. It’s part loyalty card, part payment card. If you choose to load it with money, you can pay via the app using a QR code. The Motorola device reads the code, deducts the payment from your balance, adds your rewards, and downloads your receipt.

Caffe Nero have the same.

Costa have a black Motorola device for scanning their loyalty card (as well as a separate debit/credit card terminal). Perhaps it’s for something similar?

Use Apple Pay for everything - I never get my card out.

Used Apple Pay once with Monzo, maybe four times ever. Too much faff for me, grabbing the card always seems much simpler.

I love Apple Pay. I was a big fan from the day it was released, and was gutted I couldn’t use it for Monzo. I’d often transfer money to my old acount just so I could easily tap and pay. I often wander to the local supermarket and realise I’ve gone without my wallet, or want to pop in after the gym, so being able to pay with my phone or watch is ideal.

People who don’t carry their phones around often, or aren’t obsessive checkers or social media may not always have theirs in their hand, so I can see why they think it’s more hassle than getting your wallet out, but for an increasing number of people, their phone is in their hand most of the time anyway. Being able to use it to pay for things, or to get up the barcode to get into the gym, or your coffee shop loyalty card, is way easier.

The one improvement I want to see is more people integrating loyalty cards into Apple Wallet. It’s been available for a while but no one has made moves in the UK to do it. But just as a payment method, it’s ideal.

Are you stereotyping me there?

Not at all! My dad is like me, always with his phone in his hand, and he loves Apple Pay too. I think it is one of those things that ‘younger’ people who use their phones a lot anyway appreciate more than the people who have been able to avoid becoming addicted to their devices.

Is anyone having any problems with Apple Pay? A couple of times I’ve paid, it says Done on the phone, the transaction shows up in the wallet but it hasn’t actually gone through? I once walked away from the till thinking the transaction had gone through and had to be chased down! To be fair, I also see more problems using my contactless card as well than I had with my last bank - I often have to tap it twice, and I’ve already moaned about problems using the underground with contactless on a separate thread. Could there be a problem with my account generically? It’s a hard issue to reproduce as it’s adhoc.

Haven’t had this problem at all with Monzo and I use Apple Pay a lot. Is it a specific retailer or a couple of them? Might be worth letting Monzo know directly so they can investigate.

Wasn’t worth starting a new thread, but I was amazed to see that Apple Pay has only just launched in Germany.

I don’t know why, but I expected them to have it ages ago! 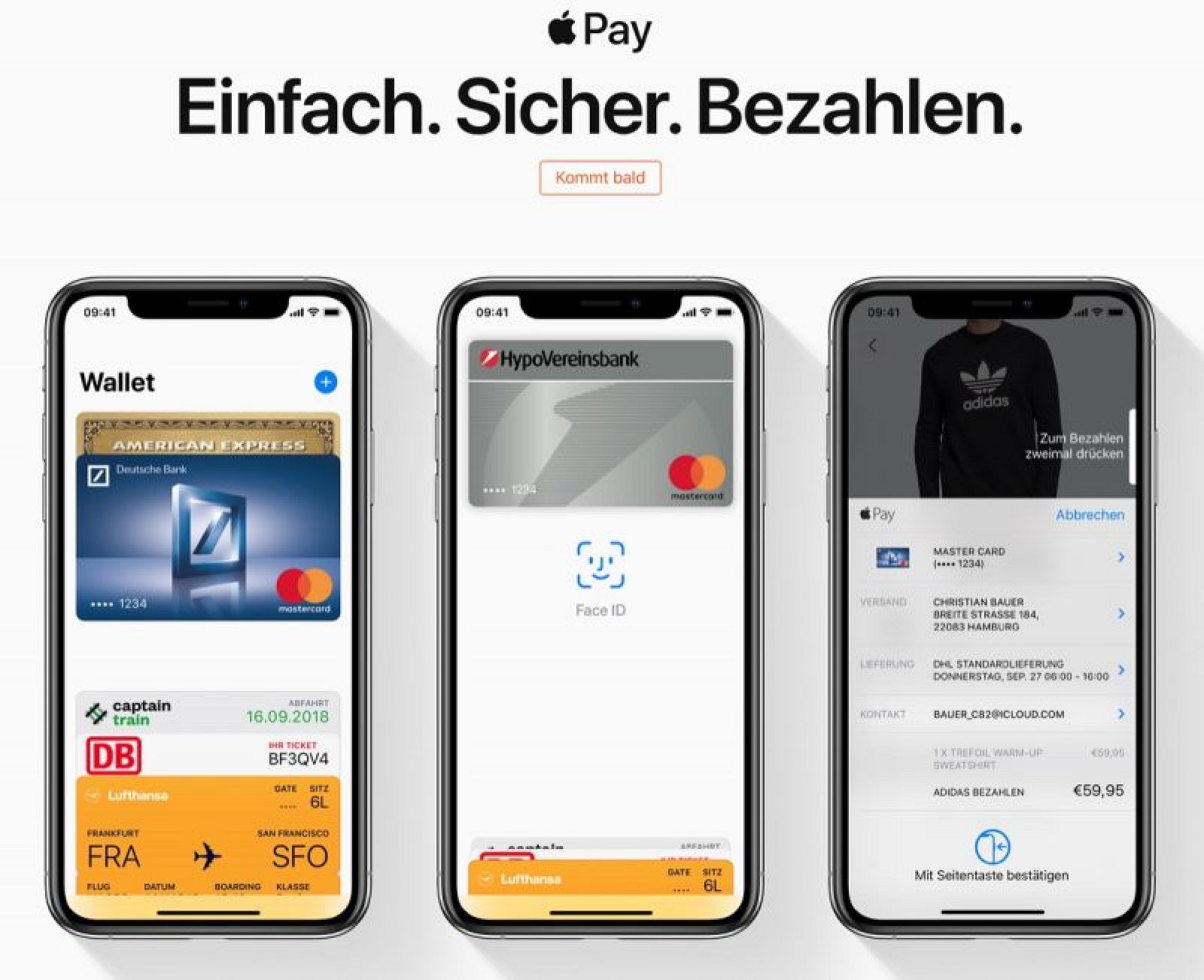 Apple Pay Rolling Out in Germany

Apple Pay is about to launch in Germany. Banks such as HVB and Bunq this morning sent out emails to customers announcing their imminent support for...

I don’t know why, but I expected them to have it ages ago!

Last time I was there (quite a few years now, maybe 4) in the student city of Heidelberg payments were a big issue - they definitely preferred local card schemes and foreigners were sent looking for cash from special ATMs if they wanted to use supermarkets and such… Now, I doubt that is the case in huge multinational cities such as Berlin as they profit from tourists, but my assumption is that probably card issuers were not too happy with it and that would have slowed down the mobile wallet integrations - if I was MasterCard I’d so insist my clients cards were excepted everywhere, not only some % of them.

I use Apple Pay whenever I can. It’s convenient, safe & secure. I’ve had a couple of cases where the terminal thought I’d paid but my iPhone said no (or maybe it was the other way round. Can’t remember)!
It’s not as easy to use on the new iPhone X compared with Touch ID but it still pretty good.

I’ve had this a few times. Now I always watch for the “Approved” message on the terminal before I walk away.

I forgot i made this thread.
So yeah i’ve been using apple pay for everything the past few months and never been let down.