[Android] References to Android Pay instead of Google Pay in app

When activating Google Pay with my (replacement) Monzo card tonight, both the text and notification still say Android Pay. Just a heads up on a tiny detail to update

mine did but Google told me it is done in stages. Later my app icon changed from Android Pay to Google Pay but inside the app the text refered to Android Pay! Then it changed again and the app altered to Google Pay…so it took a couple/few updates to change completely

Google was all done, it’s the text from Monzo and the notification from Monzo that still said Android Pay.

Do Monzo need to send a text, can’t they just send the app notification. Seems a bit annoying having both.

The text is part of the activation process the notification is after activation.

Account > Manage Card > My card is damaged or broken 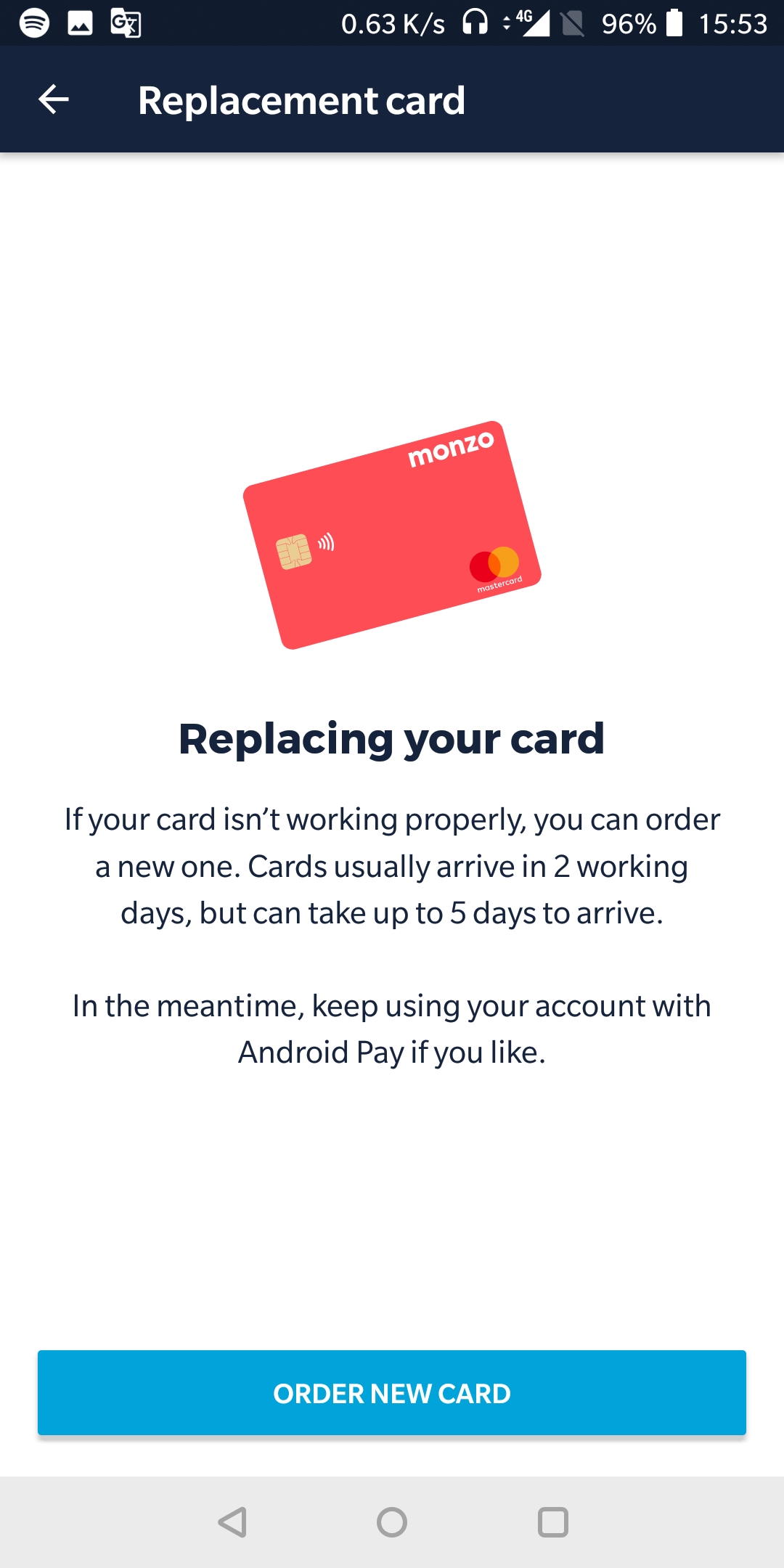 This has been flagged up by @BethS previously so hopefully copy updated soon!

Thanks, I’ve let the team know it’s the latest version and we can have a look tomorrow. also mentioned the Google Pay thing @redshift!