Can you come back and update us when they eventually get back to you?

So, I finally managed to get my account reopened. Called the same number again (for the fourth time) and mysteriously the person was able to reopen it this time. I asked him why he could do it, if the previous three could not, and was told he didn’t know.

I asked why my account was closed, and he told me “probably” due to “unauthorised activity”.

I asked him what unauthorised activity (as nothing untoward had happened on the account that I’m aware of), and was told he didn’t know. So I call BS on that.

I asked why I wasn’t told my account was closed, and the answer was because that would cause a risk in the event of unauthorised activity. I asked to explain what risk specifically and was told (who can guess?) I don’t know.

So, all rather mysterious…

I just tried to log into my account and it’s happened to me too! No notice, no phone calls, and I have gift cards on that account, and I pay for prime!! I’m super pissed… waiting on this special phone call now

(and let us know what happens, and it they can give you a reason…)

[edit] a sec later, after a heart stopping moment where the iPad app refused TouchID and said it didn’t recognise my details, logged in again, and… phew, it’s ok for now. 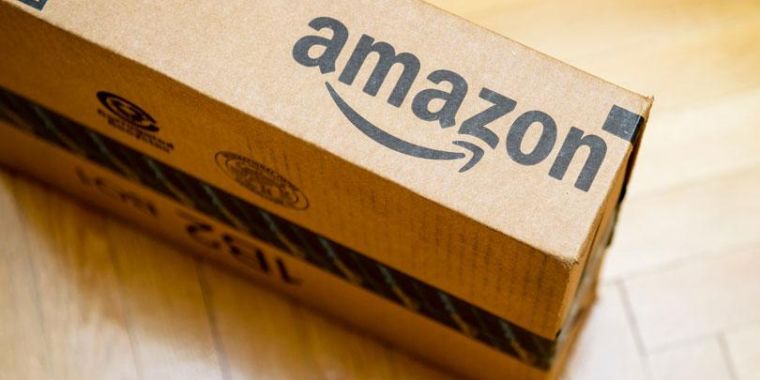 Policy violations cited, but many customers don't know what they did wrong.

To me it looks like they’ve changed something in their fraud detection algorithms and as a result it’s got a lot more people (and possibly false positives) than before.

So @nanos, did you contact Jeff at Amazon. Be good to know how that panned out.

No I didn’t. I thought I’d give it one more try before I do, and that’s when they resolved it.

A handy address to have. Not actually him that’s replying back, but they are super helpful!

Hi same thing happened to me. few weeks ago I had account closed with amazon. But on there email says if you open another account that will be closed too.
As I have return few things in pass few months and has my account for years. Then they closed it.
It was not my fault that damaged things was sent so they closed my account.
I have tried calling there customer service dept that say accounts specialist team will contact me within 48 hours.
The only reason they closed the account due me sending back goods due there policy reason I have tried to appeal told was not my fault if damaged goods was sent to me and does say on email if try open new account that would be closed.
So how comes you open new account with same delivery address and that not been close,
I am worried if open new account with then and they close.

Hi which number did you call then on. I have tried say there account Specialist only have email.

I have called customer service number for amazon uk and they said will get the that accounts specialist team to email.

I have tried explain by email and appealed to there decision to why they closed my account and was not my fault to why only 3 or 4 time I sent back goods which was received damaged or was faulty.
But only thing they said they look into and come to decision to close the account and said I could not email then on this matter again as they will not help me further.

So how did you manger to get your reopen and which number did you call on please.

If you can help me out, please.

I just bought an e-reader and I went for Kobo, not Amazon, primarily for this reason. Imagine losing all the books you own if one day Amazon decides you returned one too many defective items.

I’ve just had the very same issue with my amazon account. I’ve been having issues with the drivers delivering my parcels open, missing or put in my bin on bin day

so I’ve emailed amazon a few times complaining about the same delivery issues and they closed my account and banned me for life. I’ve tried creating another account with a different name, email address and bank card. On the same phone. And they closed that down stating that it was tied to the original closed account.

I was gonna buy an Amazon fire stick for my friend so I’ve put his address and added his card to my amazon to buy it for him. However due to later delivery we decided to leave it for now.
Past forward a couple weeks and I wanted to order a few things. Once I’ve placed the order I realised I used my friends address so I immediately cancelled them. Then I placed the order again and somehow it changed the card used to my friends card so I cancelled the order again immediately after placing it. Then next time I made sure the delivery address was mine and the card used was also mine. I placed the order around 5 o’clock in the morning. £390 for a tv and a couple other things. 10 minutes later I received an email saying my account has been closed due to mis-using it and going against their terms of sales. So I called them up and they said their specialist team will message me. They emailed me saying they can’t restore my account. I replied saying what happens to the orders I’ve placed. They said it has been cancelled and refunded. I checked my monzo account and there are no refunds. Usually amazon is quiet fast in returning the money if the order isn’t despatched. However I received emails saying the items will be delivered tomorrow. Strange because they said it was cancelled and my account has been closed. The tv hasn’t been dispatched and I am not refunded yet. This all has opened this morning from 5 am and I am writing about it at 10 pm. I’ll wait for the refund for a week to show up if not I will be opening a dispute because this is taking the piss.

It’s 14 days before Monzo will officially help you

Refunds take up to 14 days from when the merchant processes it. If you’ve been waiting more than 14 days, please check that the merchant definitely sent the money.

If you need to send an item back to get your refund, the 14 days will only begin once the merchant receives the item.

If the merchant confirms that they’ve sent the refund and your refund still hasn’t arrived after 14 days, please get in touch with:

Proof of the original receipt (screenshot or photo of paper receipt)
Proof you spoke to the merchant (screenshot of the email you sent them)
Optional: proof of cancellation (screenshot if you tried to cancel the order)

Ah ok I didn’t know it was 14 days. Thanks for letting me know

Note: Your refund request will be processed instantly. However, it may take five to seven business days for it to display on your payment card statement.
https://www.amazon.co.uk/gp/help/customer/display.html?nodeId=GKQNFKFK5CF3C54B

While you may be annoyed, from Amazon’s perspective it was an attempt at a fraudulent transaction. To them you broke the term:

You must not use any Amazon Service: […] (ii) for fraudulent purposes, or in connection with a criminal offence or other unlawful activity

So Amazon has closed your account. Yes, they should listen but the volume of fraud cases with Amazon they more than likely just blanket close accounts suspected to keep costs lower. Especially if your friends bank had disputed it at the time, even if your friend was okay with it all.

Even if we put accidentally using the card to one side, you clearly also broke the term:

You are responsible for ensuring that the details you provide us with are correct and complete, and for informing us of any changes to the information you have provided.

There is no escape from that term.

The lesson from all of this is to only use your own cards to buy things on amazon, if you need someone else to pay for something either get them to send you a gift card or transfer you the money.

I tend not to add giftcards to my amazon account the rare times I get them until needed for this very reason. (tend to use amex for credit card protection anyway online)

An update: so after a few emails to their specialist team , my account has been restored without any explanation. The tv I bought for £390 was a Boxing Day deal which is now £512. As they closed my account down , that order has been cancelled by them and I won’t be able to buy it at the discounted price. It just shows how careless they are with closing accounts down.

For the people above who says I’ve broken their rules? Did you even read my post ? No items were delivered. The order was cancelled within 1 minute of placing it. As there was 8 items cancelled within 1 minute of placing the order, the system thought it was suspicious. If they don’t want you cancelling orders then why do they give you the option to do so. I don’t see how I’ve went against their terms and conditions.

Why should I learn the lesson and not amazon ? If we allow these companies to get away with poor practises then we will struggle as consumers. Some people may have lots of books/ digital media and lots of other things on the amazon account , they can’t just close it down without confirmation. For example if they think an account is created with false names, why just close it ?

Using gift cards is one of the stupid thing humanity created. Once you buy a gift card it becomes their property. I had £50 gift card on that account and once it was closed I had no way of getting it out no matter what. Thankfully it has be restored so I can spend it on something.

The meaning of my post is they can’t just get away with closing an account to keep all the gift card balance. They restored my account which shows it was a mistake on their part and I don’t know who to blame because I lost out on all that discounted stuff.