Hi, I’d like to be able to allocate 100% of a transaction to someone else. At the moment the maximum seems to be 88%. Use case: I regularly shop for my mum or other people. I pay, they pay me back (but not necessarily straight away). That registers as two transactions that might be separated in my app by several other transactions so it’s hard to keep track and to make sure it’s all going into the right category.

I often Bill split 100% just tap in the value and write the full amount. 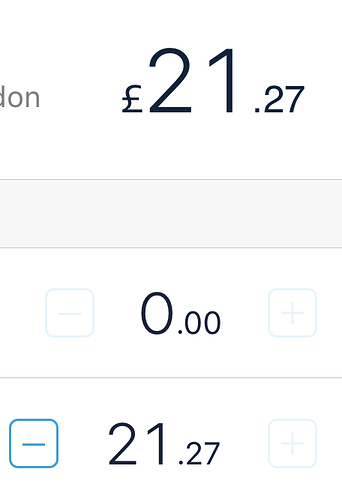 I thought it would be good to have a place to keep a note of the differences between the iOS and Android versions of the Monzo app. This topic is a wiki so others should be able to edit this post to say if a feature has been added to or is already on either platform. Any other differences not included in this post can also be added. Bugs on either OS should be added to the Bug Reports category instead of this post. Features still in Monzo Labs are not included. Not on Android (but…