I have been using the new end-to-end integration with Wise since last summer as I make frequent international transfers, but a few days ago I became aware of the fees that Monzo add to Wise transactions. As an example for a transfer last Tues:

This means that Monzo is charging 7.45 GBP for the transfer even though they are incurring no costs whatsoever. Transferring directly through the Wise app even has an ‘authorise payment from your bank option’ so it’s as easy as using the Monzo app and you can avoid this charge.

My main problem here is that this seems like a sneaky charge. It is not properly disclosed at the time of the transfer with a vague ‘They share some of the fee with us to cover the cost of making the transfer’ when actually this is incorrect - they charge extra fees and presumably pass on this extra to Monzo. Monzo also offers cashback for Plus and Premium members which funnily enough comes to about the extra charge, meaning that this ‘benefit’ is actually Monzo not adding the charge that they shouldn’t be adding in the first place.

Overall this whole thing leaves a bad taste in my mouth. I would completely expect this from one of the bigger banks, but for Monzo this is the first time I’ve felt as though something underhand is taking place, or to be more precise, an enjoyment of ambiguity, which has resulted in me unknowingly paying extra over the last 9 months.

People have gone through this exact outrage last year when Wise payments were revamped. I just can’t be bothered to find the topic. Here. Monzo don’t add anything on top, they charge the “Fast & Easy” fee rather than the other, cheaper Wise option

(Unless Wise have since done away with Fast & Easy?)

It’s a shame to hear that it was raised but that nothing changed. I really feel like the transparency piece needs to be fixed because although I’m not an expert, surely it borders of financial conduct.

Wise only charge that for debit card payments now after simplifying their structure. Like I said, considering you can do the same transfer within a few clicks on the Wise app, there are no really no excuses for this.

I don’t have a Monzo account anymore but last time I checked I am sure it said clearly in the app that it charges the fast & easy fee. Maybe someone with a Monzo app can check

Even if not, it’s not like Monzo are hiding the charge and then tacking it on after you’ve committed. They’re upfront and explain what you’ll be charged. Arguably you could see it as being charged the higher fee because of convenience – but again, you don’t know what processes Monzo use in the background.

They’ve clearly done away with that fee classification as you can see below. There is no mention on the composition of the transfer fee until you click it, and then the small piece of text is displayed as shown. What I would infer from the text is that Wise charges a standard fee, and some of this is rebated back to Monzo, when what is actually happening is that Wise are charging a higher fee and passing that overage to Monzo.

That could be plausible. Any means to test it from a non Monzo linked account to see if that is the case?

Yes I did this already, here’s the pic from the Wise app (at the same moment in time) using Monzo to transfer the funds at exactly the same speed, they even have an ‘authorise from your bank’ button there so the number of clicks are identical.

To be clear here, before someone says tells me just to use Wise directly and shut-up, is that a) I would expect better from Monzo rather than trying to make a quick buck and b) I think Monzo should be clear about the fact that they directly levvy a charge for this service because ultimately people like me will have been using it unknowingly, trusting Monzo not to use this as a revenue stream. 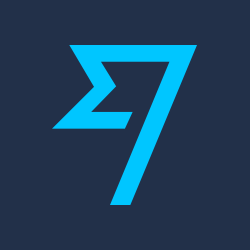 The cost of making an international transfer with Monzo.

Monzo tells you the fee. You see the fee before you pay.

If you don’t want to use Monzo and if Wise is cheaper, use Wise.

I really don’t see what the issue is?

@BenLeo It’s not a Wise fee, it’s a fee Wise are charging on behalf of Monzo and passing it back to them.

I think what @Revels ultimately means is business is business and this is why we have competition or direct pricing.

I understand your point, but it’s how many companies work

Are you on plus? If yes then how does it work out financially if you take into account the cash back on international transfers?

I think the difference is the payment is taken from your card - for the cheaper fee it has to be a bank transfer doesn’t it?

And that’s why Monzo charge the higher fee, not the cheaper wise one?

This is a total mess. Monzo should just admit it’s domestic only and ditch these silly workarounds, or actually plug in properly

I think you’re confusing Monzo with 2016.

Hmm when did this change? I was curious why my transaction was more expensive than it would have been on Wise… and just realised Mozno is charging the equivalent of the Wise Debit/Credit card fee instead of the fast and easy…? Is it not a bank transfer flavoured integration…?

Yes it’s unfortunate, it’s using the bank transfer mechanism but they’re charging the debit card fee, and calling this a ‘convenience charge’, although doing it directly from the Wise app is just as quick and much cheaper. IMO it’s not clear enough that this is happening but there seem to be mixed feelings about it, with some people saying this is just normal bank tactics and we should get used to it.