When is Monzo going to add it's self to Fitbit Pay?

Please add Monzo to Fitbit Pay. Fitbit say Monzo bank need more input from its customers to get this happening, please consider this as input from a customer that would really appreciate this addition to Monzo’s forward-thinking banking

We only support google and Apple Pay, and I don’t think it’s on the roadmap to be added to Fitbit pay.

Is Curve supported by Fitbit? As that may be a suitable workaround.

I’ve not heard of curve, will investigate

It’s a platform you can add multiple cards to, and is more widely accepted by digital wallets 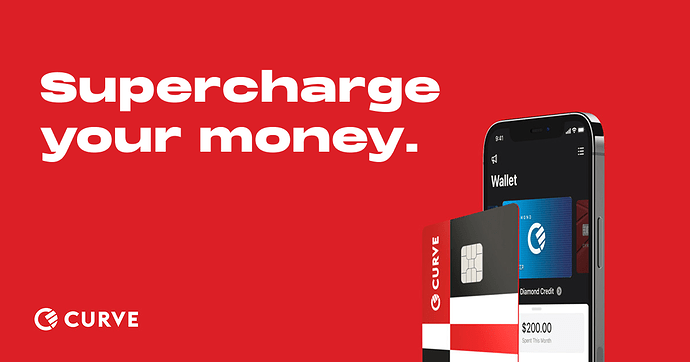 All Your Cards, Rewards & Cashback in One Payment Card | Curve

With Curve you earn money as you spend. All Your Cards in One that gives you cashback, rewards, and more as you spend. The most rewarding way to pay.

Given Google own Fitbit, at some point they’ll no doubt just add GooglePay to Fitbit devices.

There’s not really much point Monzo spending much effort on developing for a platform which at some point in the future won’t exist.

It’ll never happen. You’ll just have to pay for your oat milk another way.

My view as a PM in payments, is that you should build for mobile wallets that work on both desktop and mobile, and you can safely ignore mobile/watch based one, as the use is lower. It’s why Samsung pay is one that’s not worth building, likewise Garmin/Fitbit/Swatch etc etc

Agreed that it’s almost certain Google will kill Fitbit Pay now they own Fitbit. Doesn’t make sense to keep both.

I would imagine they’ll only add it to new devices, another way to make people ditch any older tech and upgrade to something new

I mean I’d do that if I was in charge, I’m sure people would complain but hey, you can have a new shiny thing instead.

That’s me all set up with Curve to make Fitbit payments, thank you so much for your help today

Likely Google will not get around to moving Fitbit Pay for a while, they’re way too preoccupied with axing, merging, and building new chat services first.

Wish this was /s

Give it a while and we’ll be saying

Hi folks! Will you be planning on adding Fitbit Pay support for the Monzo current account? I’m currently debating between an Android Wear and/or Fitbit Ionic device and this will be the clincher for me.