Blatant plug for if anyone’s ever in the area of Halifax, West Yorkshire and is stuck for something to do.

the UK’s only surviving cloth hall dating back to 1779. It closed down for a number of years to undergo a massive £19 million refurbishment and opened back up on Yorkshire Day in 2017. 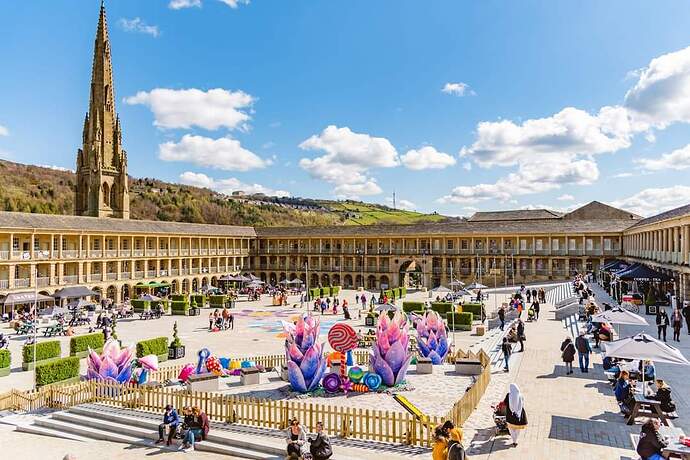 Looks just as stunning in the dark all lit up, even the rain can’t ruin it.

Been there many times, it’s great. Love Halifax, nearly moved there but Leeds has my heart .

There is an event going on next Saturday 31st at Victoria theatre, 1200 people will be descending on Halifax and piece hall so you might find it quite busy

All the postponed open air concerts from last year are going ahead in the next couple of months too, bringing in plenty people at least to keep all the shops and hotels happy.

As a kid I visited Eureka! so often

. Will have to look up the Piece Hall when I’m next in Halifax.

It’s just over the road from Eureka, literally a 3 minute walk away. I loved that place as a kid

I’ve got fond memories of going to Eureka on a school trip. Making milk cartons, using those message tubes in the shop and playing in the fire engine. Good times

Didn’t know about the piece hall though, I’ll add it to the list - thanks!

It used to have some grass and was all cobbles, plus it’s on a sloping site. Been levelled out to make a massive square. Gets plenty use for so many events now.

Turns out that very event is now in The Piece Hall, can’t hold it in the theatre due to ventilation issues.

Hopefully the weather will be nice for it, it’s a better venue than a stuffy theatre at least. Dancing away in the open air.

I always wanted to go but mum would never take us!

So Marvel are coming to film on location for a week. It’s part of the new series Secret Invasion for Disney+

It’ll be interesting to see where in the world the Piece Hall is palmed off as. 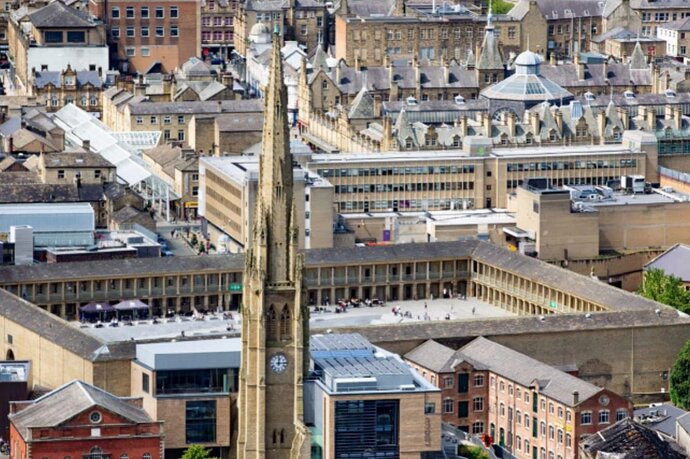 An iconic tourist attraction in West Yorkshire will be closed for a week so it can be turned into a film set.

It’ll be interesting to see where in the world the Piece Hall is palmed off as.

Russia (or somewhere that has a Cyrillic alphabet anyway). I’m doing a bunch of background signage work for it this week. 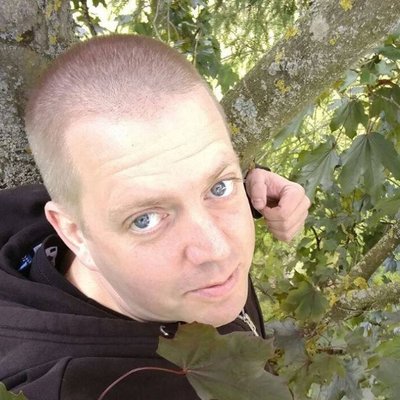 @orbific
On my way home today, I dropped by the Halifax Piece Hall, which has been redecorated as a Russian square for filming the new marvel TV show, Secret Invasion. The banners read “National Unity Day" https://t.co/6EAETVRmLN 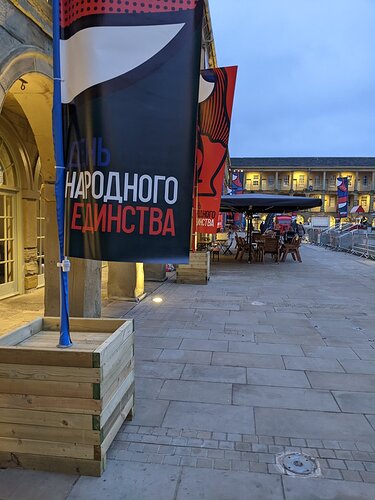 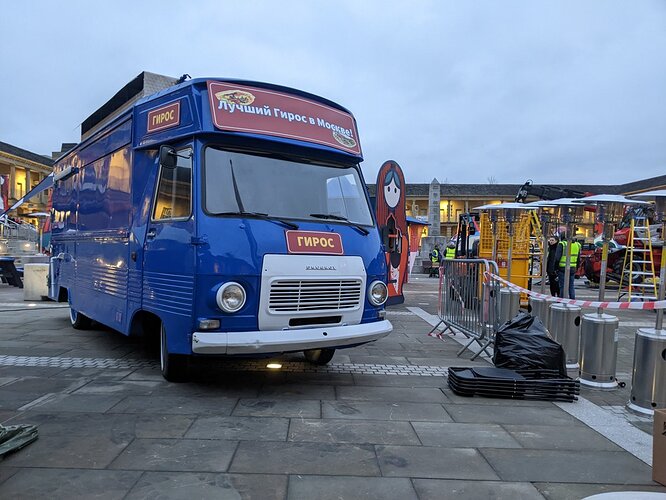 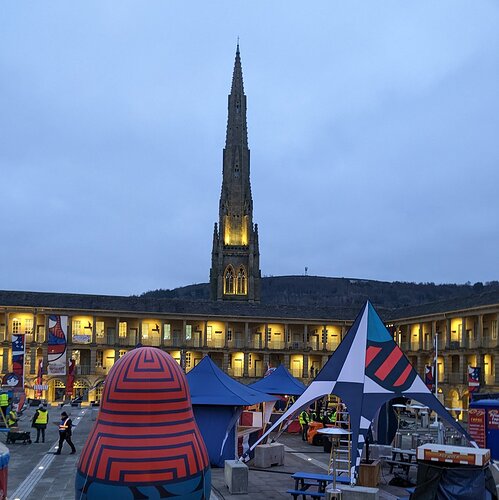 The local paper has gone into overdrive with a live blog about it, it’s full on pathetic to be honest

Similar thing happened near my neck of the woods when they shot some stuff for the new Game of Thrones series. So many shots of the set. Some from angles where you could spy a far distant Morrisons above the treeline.