The guy lookis the part , just a shame the knucle draggers have started their rubbish before hes even started ,

I also love the fact that a lot of people are claiming that it’s not an issue with race, but just that he’s too young. And have missed the fact that he’ll be 4 years OLDER than Matt Smith was when he started and a year old than Peter Davidson was (he’s 29 now, but will be 30 before he films anything more substantial than a brief regen scene).

they seriously cannt make up their mind peter capaldi was too old … i must admit he did disapoint , i think agaim though he got some crap story lines

Ncuti is incredible. I couldn’t be happier with the choice.

I do hear some very credible rumors that there is one more surprise left in store though before Ncuti takes the role … spoiler: what’s the french phrase for “let’s go” again?

yeah heard that one as well i wonder …

It gets better and better. R- 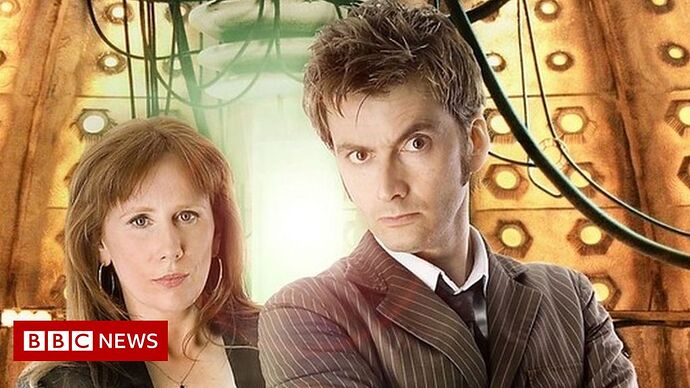 Doctor Who: David Tennant and Catherine Tate to return

The pair are currently filming for sci-fi show's 60th anniversary, which it will celebrate in 2023.

We’re in for a treat.

My theory - Jodie’s regeneration goes wrong because of [timey-wimey stuff] and she degenerates back into David Tennant, who then goes full unstable Time Lord Victorious again, ultimately regenerating into Ncuti.

Hype levels off the chain.

Jodie finished filming for Doctor Who last year didn’t she, regeneration scene and all? Certainly I thought we always understood that the Chibnall specials this year would culminate with the regeneration.

My understanding is that Tennant et al are back for the 60th anniversary, which would therefore be broadcast around November 2023, with Gatwa already established as the Doctor. So, at the very least, it’s going to be some kind of Two Doctors story.

Jodie finished filming for Doctor Who last year didn’t she, regeneration scene and all?

But surely that’s just her leaving scene? The CGI to turn her into Tennant, or Ncuti, or whoever can be added in at any time…

I can totally see it being David Tennant, saying “what?! WHAT?!” then fade to black at the end of Jodie’s last episode…

This is a safe space, so I will share something. A friend of mine works on the show and he told me Tennant was coming back, two weeks ago, before the announcement. His wording indicated that we will see all the Tennant stuff before we see Ncuti.

I think it’s possible, that given Ncuti was only cast in February, that he might have committed to filming another season of Sex Education first.

friend of mine works on the show and he told me Tennant was coming back, two weeks ago, before the announcement. His wording indicated that we will see all the Tennant stuff before we see Ncuti.

Tell us everything else you know

I have reason to believe Tennant is back for more than a one-off. I’ll leave it there lol

Tennant is back for more than a one-off

They wouldn’t, you know, make Ncuti a red herring, would they?!

This sort of fannying about by the BBC is one of the things I’ve hated most about new Who, I have to say. I understand there are production lead times and so much more to consider, but when it feels like a long time to me, they’re surely making it really hard for kids not to grow out of/move on from the show easily.

And Peter makes a fair point about the shooting of the regen scene, and that it’s not safe to make any assumptions about it. Given what Simon says re: casting, it’s perhaps more likely the regen scene fits in at the end of the episode now (if not the cliffhanger). So the Doctor could very much regenerate into anyone after all. I partially retract my previous skepticism on those grounds.

My own theory knowing all of the above - I wonder if what RTD is doing with the special is putting aside current chronology for a moment and actually making a ‘missing’ Tennant episode, as it were?

I have reason to believe Tennant is back for more than a one-off.

If true, might be a cunning plan by RTD to legitimise Gatwa against some of the critics by having Tennant’s Doctor support him with a stamp of approval, as it were. Which I would say would both be a clever move to counter probably criticism, but also something I wish wasn’t necessary.

For what it’s worth, they haven’t even started filming Sex Education Season 4 yet, and won’t start for another couple of months, with the show not expected to air until 2023. And Ncuti is a lead role, with the previous season involving heavy filming in Africa for him, so it’s not a light / easy commitment.

One other piece of tangentially related info that might shine some light. I’m currently working on a documentary that we’ve had to pause work on for a couple of years, due to Netflix and their heavy contracts and a non-compete clause. Our situation involves not being able to license intellectual property until the non-compete expires, so it’s not apples-to-apples, but it’s also possible that there are clauses about image rights for high profile actors. It’s not super ethical to do that, imo, and there’s probably examples where this hasn’t happened, but I also wouldn’t put it past Netflix to act in that way if they can get away with it.

Rachel posted a photo on her Instagram of her with Matt Lucas, so I suspect he’s going to return as well. 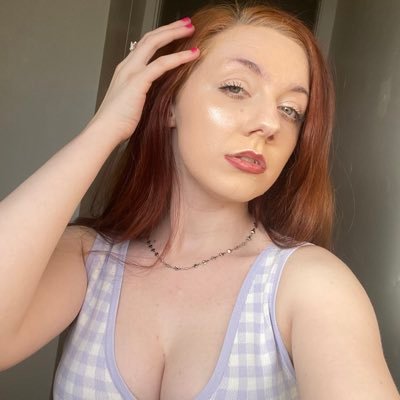