Split bill with only non-monzo people?

Issue:
You can’t split a bill with non-monzo people until you first add a Monzo user. I.e. it is not possible to split a bill only with non-monzo people. When I tried to work around it by selecting a Monzo user just to get to the ‘add a non-monzo person’ option, I could then not remove the Monzo person. Even setting their amount to 0 didn’t work because as soon as I split the bill they were given an equal share of the amount despite being set to 0. This leaves everyone else with the wrong amount too, which I can’t change.

So this is a two part issue: 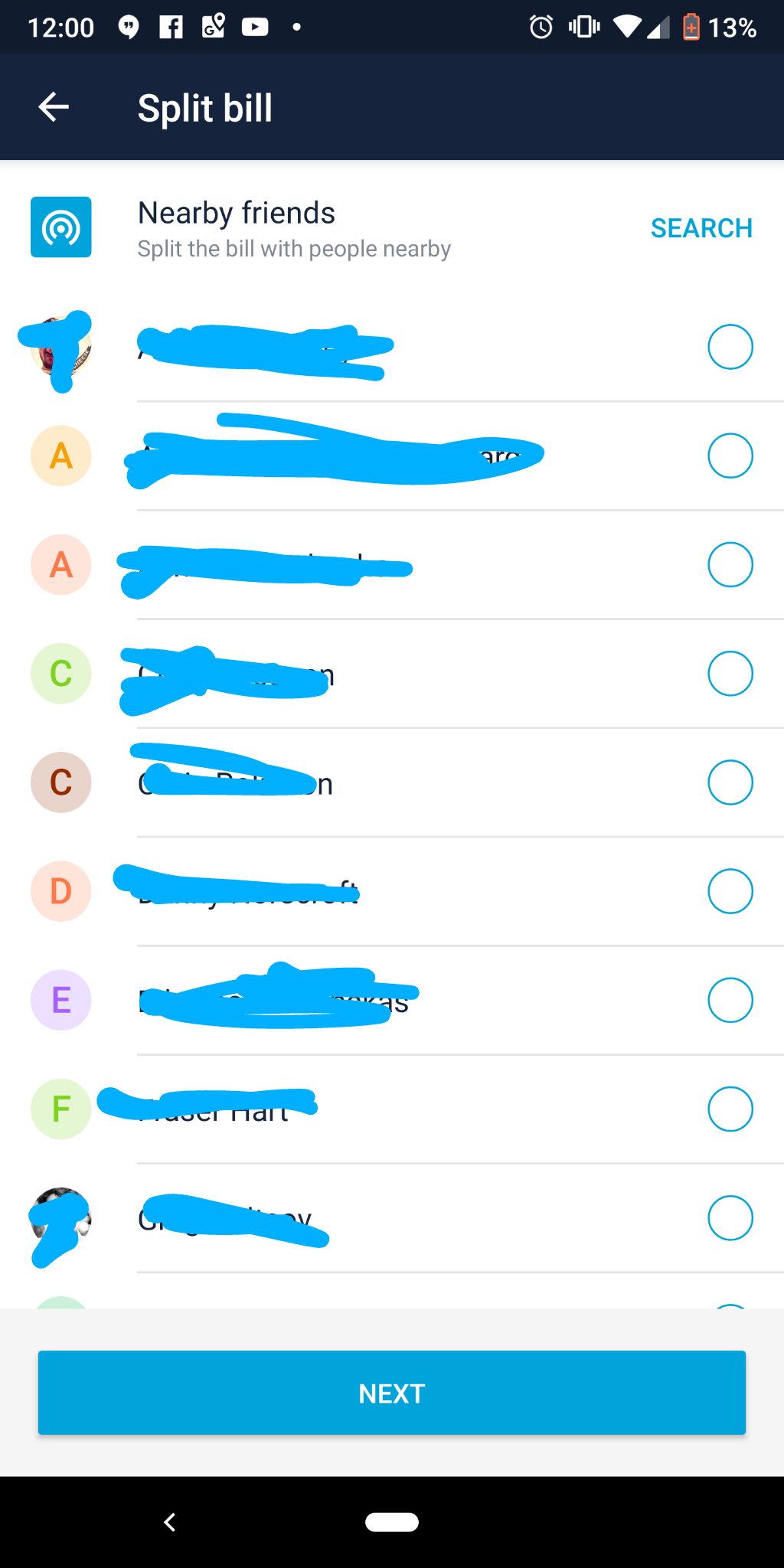 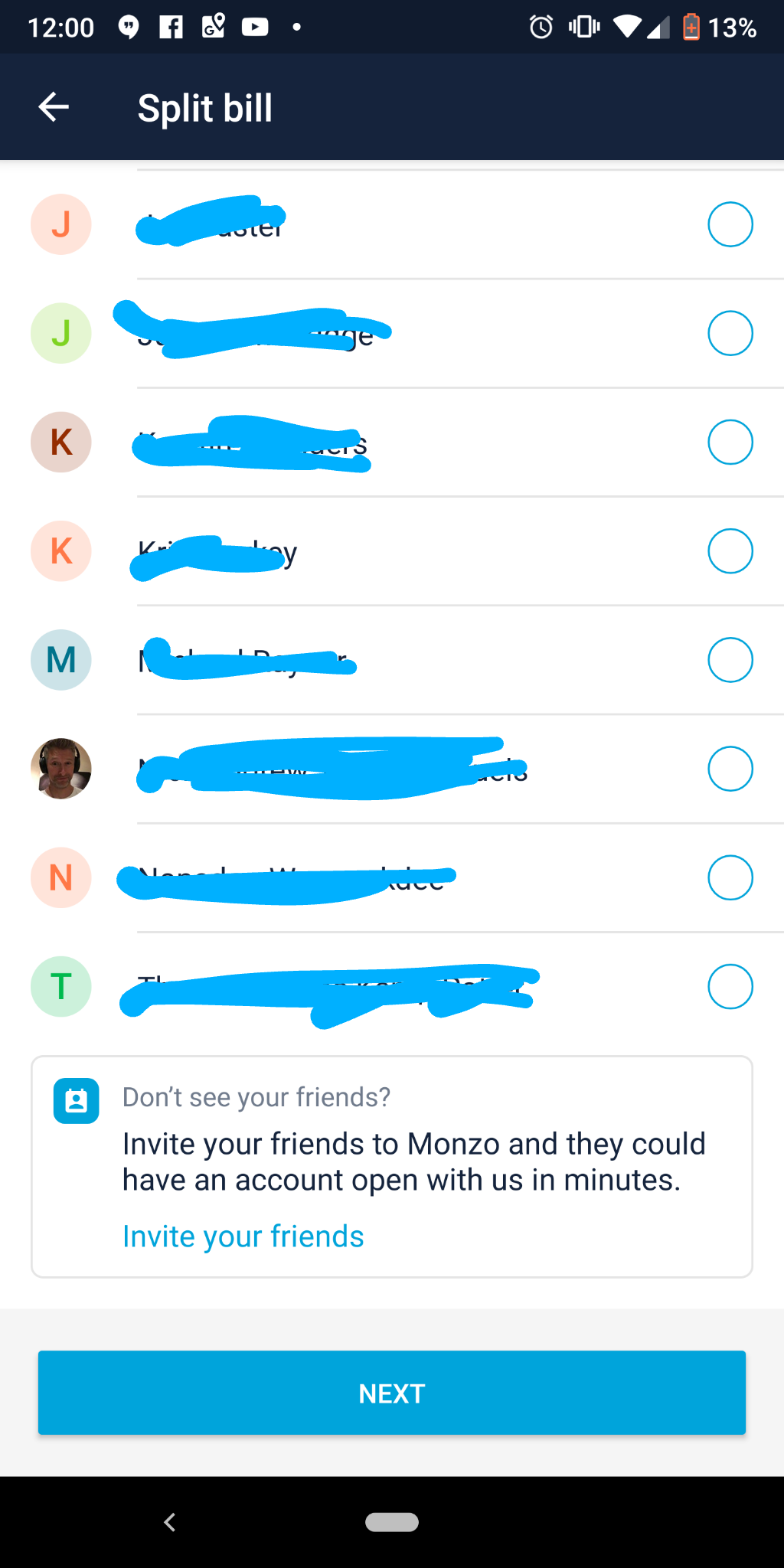 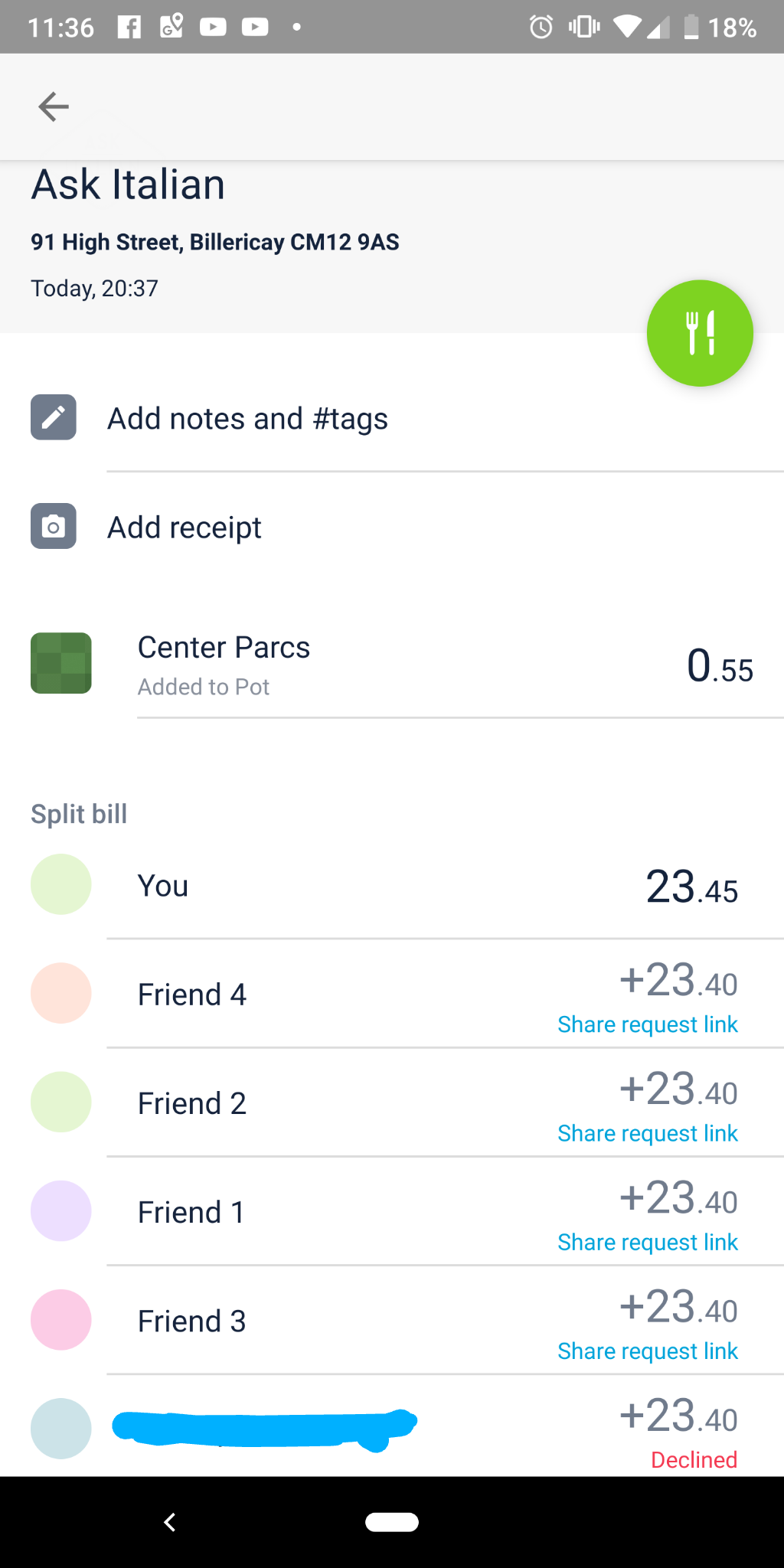 You should be able to press next to select non-Monzo people without selecting a Monzo user. Having said that, it’s still a UX issue that needs to be fixed.

@Nsteer thank you for showing it isn’t a bug. It totally didn’t occur to me to try pressing next without selecting someone. I guess in my mind I saw the button as disabled, or I miss pressed it one time and assumed it was disabled.

I honestly didn’t know this was possible either!

I’m having this issue on iOS. Next button is not showing but I’ve done this once or twice before.

Interesting… I’m not on IOS. I am able to press next without selecting a Monzo user on Android.

I wonder if it’s perhaps related to not having any Monzo contacts? It is weird that you’ve been able to do this in the past but are unable to now though.

Yep, that’s what I thought.

@robinb are you able to shed any light on this at all?

Any update on when it will be fixed? Used to be able to do it before.

I had the same issue in previous version on iOS. And I updated the app, now experiencing the issue in the first post.

I’m having this issue on iOS. Next button is not showing but I’ve done this once or twice before.

@simonb I’m not sure who to summon for this, know who could shed some light on the topic?

Hey @Nsteer and @rs.saunders this thread was really helpful, I never knew it was possible to split with non monzo users!

But in doing so I’ve encountered another potential issue. It looks like I can’t edit who I want to split the bill with once I’ve hit submit?

The scenario in the picture below is that I have a bill that I want to split with 1 friend that isn’t on Monzo, and another that is. Because I was just testing now to see if I could split with a non-monzo user, I failed to add the other friend, and now it doesn’t look like I can go back and add afterward?

Does anyone know if this is possible or am I now stuck unable to split with both friends. 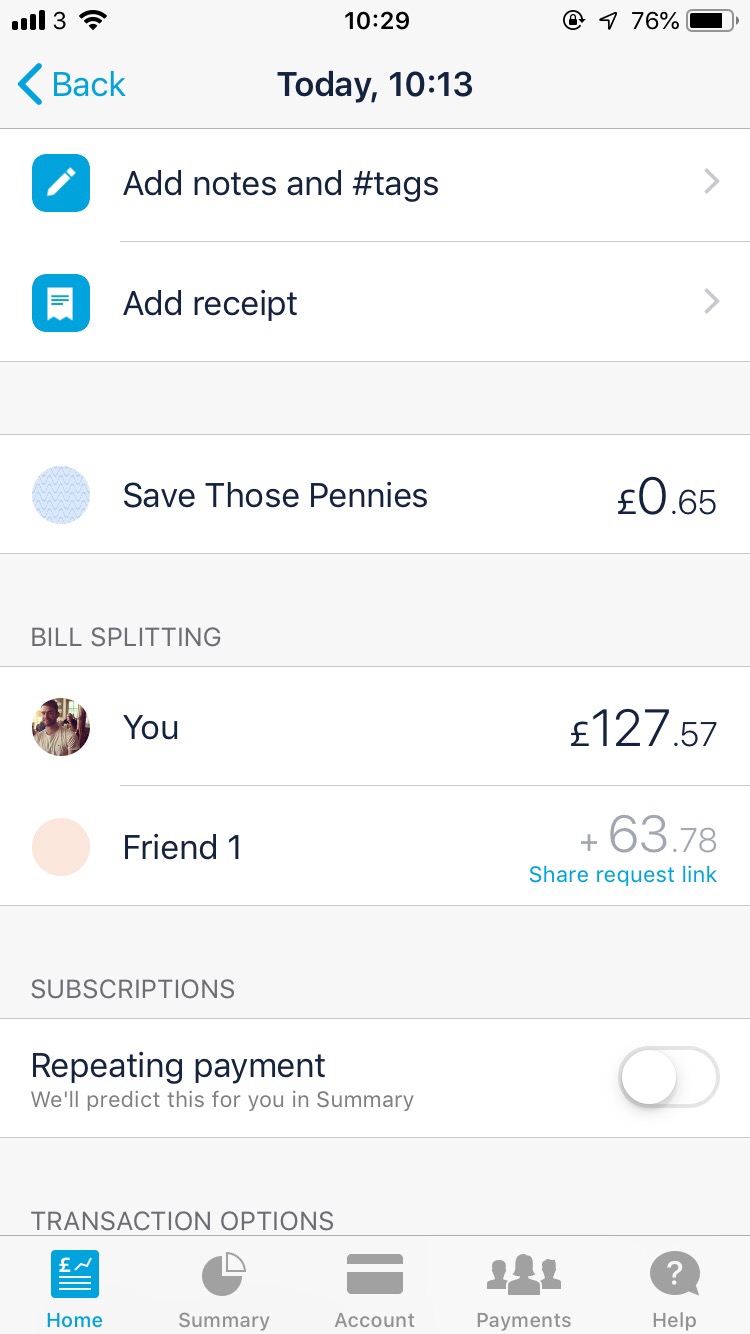 Does anyone know if this is possible or am I now stuck unable to split with both friends.

Unfortunately, I’m not aware of a way to update a bill split after the fact. It’s a frustrating limitation of the feature.

Thanks for your reply, frustrating, but I guess it’s probably a rare occurrence that I’ll want to edit it.

After more testing and chats with Monzo, Ihave also confirmed that if you use a joint account and you split a bill with a non Monzo user, the resulting payment won’t end up linked to the bill or even appear in your joint account. Instead the money goes to your personal account and you’re left with the unpayable split bill in your joint account. Even if you transfer the money from your personal I to the joint manually afterwards, it won’t link up with the split bill

I’ve been told that splitting the bill with a Monzo user should deposit the payment into the joint account and link to the bill but I haven’t tried it.