Monzo are going to build a virtual savings pots feature which will be their version of savings accounts, they’re on the roadmap here.

So if the app was built to enable this, I assume that you could select the saving pot that you want your change to be moved to & then use the funds from that pot, in whichever way you choose.

I’m not sure what you’re anticipating there though - there shouldn’t be any need for a provider to add extra charges in order to integrate with Monzo.

So I would expect to pay the same fees that I would pay currently, if my change was being invested with someone like Moneybox or none if it was being donated to charity & the app / integration was set up by a selfless developer.

Oh nice, I didn’t know there was a virtual account feature on the roadmap. That’s great!

Kinda makes my other point redundant. I was talking about moneybox specifically, which has its own fees. If we’re just rounding up loose change, these fees are substantial.

Thanks for clearing that up.

A similar concept exists in Spain. CaixaBank, one of Spain’s biggest Banks already does this BUT, it rounds up to the next 5€ and so makes some really decent monthly savings. The funds deposit to a linked Savings account.

Isn’t this on the roadmap as virtual savings pots?

Lloyds did it and it’s pretty great.
Once you’ve got the savings account, please implement it:

I thought Hugo’s first preview of the new current account app improvements was exciting but this could be even better…I just spotted this photo of a slide from a talk that Hugo gave earlier today, which appears to show an integration with Nutmeg*…

It looks like the user can scroll horizontally in the Card Accounts tab, to view details of 3rd party’s accounts that are integrated with Monzo

Here’s one I haven’t heard of before - Oinky - got followed by them on Twitter.

I hope Monzo will find a better way to manage other accounts from their Marketplace rather than just shove them here on the ‘accounts’ tab, somewhat out of the way, where you can’t get to them with a single swipe. I hope they will be accessible from the home screen, (hopefully by swiping left or right on the Monzo home screen). My hope is that this view is only a secondary view for managing the account, and that that from the app home tab, we will be able to see more.

Though I don’t have a Nutmeg ISA yet, I know they offer a cool chart. I feel the space could be utilised better offering a chart, which Nutmeg offer. Third parties spend a lot of time carefully crafting their own UI and app, it would be nice to see Monzo reuse elements of these, rather than just go and build their own UX from scratch around someone else’s service. The same would go for PensionBee too.

What are your thoughts @hugo

I know Moneybox have this setup on their app, but unfortunately doesnt work with Monzo (yet) and no amount of trying to get my HSBC account linked will work (suprise suprise!)

Round up transactions to the nearest pound and transfer the rounding amount to a saving account. Think it’s an easy and very good way to get users saving

I can’t wait to be able to do this

If you’d like to get some sense of what this might look like, Monzo & Sustainably are testing an integration at the moment. You can see a demo & signup for that here -

Add me to the list of Save The Change lovers. I had it on my TSB account and it’s a simple pain-free way of saving. It’s a great way to start saving of you think you can’t afford it and even if you do already save somewhere, you can build a little extra pot that you can sweep over to your main savings account whenever you’re ready.

What is brilliant about how it works with TSB (which the third-party services that are springing up can’t replicate) is the immediate and unnoticeable nature of it. When I bought a coffee for £2.60, TSB swept the 40p difference into a savings account straight away and I could see it all in the same app. These third party services take the money once a week. That makes it a more noticeable transaction. Then the money goes off into another account somewhere with its own rules about how to withdraw it etc.

I am also very interested in a save the change feature. Seems like a quick win that should be prioritised for the near term roadmap…

Save the change is a great idea.

I’ve been thinking this for a while. Based in the UK and would love to see it happen as wouldn’t notice the small change going but would notice the savings when it came to holiday time !!! integrate it please!!!

My idea would be instant micro savings. You could integrate this with “pots” and select which pot you want to squirrel “spare change” away too.

I’ve made a rough picture (forgive me) to explain how I would see it.

Given Monzo enjoyment of round numbers (see Topping up!

I think this would add to that.!

I knowthere are similar topics, I hope this is ever so slightly different enough!

It’s great to hear your thoughts on this feature, I love a good mockup

I knowthere are similar topics, I hope this is ever so slightly different enough!

I’m afraid this does look a lot like ‘save the change’ functionality though so I’ve moved your topic here, to keep all the ideas for this feature in one place. I hope that’s ok

Created an app using the Monzo API to visualise this concept, so you can use it with your transactional data and see how much you’d have saved.

Current rule is to simply to round up to nearest pound. So a £1.50 transaction would log £0.50 change. (Plenty of bugs and only fit for desktop currently) - Enjoy! 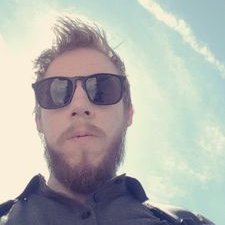 I think that the idea of passive savings is really interesting, and to be able to do it within a Monzo account (without the need for third party services) is really exciting and would be a good fit with the Monzo CA. I love @philaturner’s visualisation example, above.

In the meantime I am using Oval Money ( https://www.ovalmoney.com/ ) which offers a number of ways of passive saving including saving the change, which is the one I use if for. (If you want to try it, you can get a £5 bonus if you use the code JW4VNNLU. Note: I also get £5 if you use the code.) If you don’t want the bonus, you can sign up without using the code.

Ideally, I’d like to see this functionality within Monzo.

I could have saved significantly more than I guessed. Blimey.