According to this article, there’s another fintech looking to launch soon.

Like Monument, Pennyworth is going after the “mass affluent”, although this time it looks like it’s £40k salary or £40 investable assets, rather than Monument’s £250k assets (!!).

Pennyworth helps turn your personal goals into a financial strategy that achieves them. Managing your personal balance sheet with rewarding saving, investing or borrowing solutions.

Can’t say I’m a fan of the logo or the branding. And the mock ups (presumably) look clunky and uninspiring to me. Two things caught my eye, though:

Good rates on this screen:

I liked the breakdown, and especially the prompt, here:

Can’t help but think of

I’m not sure these banks got the uber-loaded have really thought through their names, have they?

Seems an odd name to me. Having said that I like the thought behind the second screen - finances view

Interestingly, I had seen this a few weeks ago. It looks like they are going to use open banking and become a market place like Yolt is trying to do (and Monzo’s original idea) rather than offering a current account. I suspect they too will have the same problems that others who have tried this approach have had. 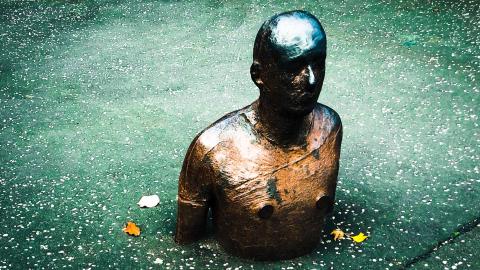 A team of financial services experts led by two former Barclays executives has unveiled plans to launch Pennyworth, a new digital bank to serve the needs of young professionals and middle managers.

For me it’s Alfred that comes to mind first.

Like the idea of 1.5% but I’d imagine that would change if this idea became a reality.

You’d think with all the creative types around that they’d be able to come up with something that looks a bit more professional. I’m no designer but that website looks horrible with a poor choice of typeface. All of which is no basis for my financial decisions. But it is ugly.

Every FinTech within a stone’s throw of Silicon Roundabout know this. Starling and Monzo haven’t been able to fix it, yet.