Monument Bank Discussion (and, for the few, feedback)

Here’s an interesting take on fintech: a neobank for the rich:

Monument, a new digital bank for the affluent, has been granted a restricted UK banking licence in the latest examples of the boom in new consumer fintechs.

The Times also gets in the act with the obligatory Monzo reference: 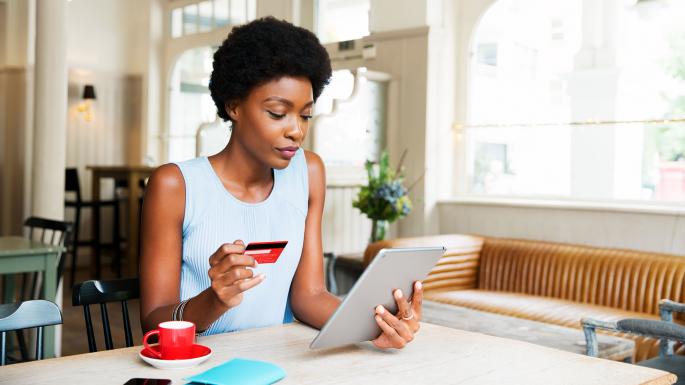 Forget Monzo. There’s now a digital bank for the rich

A digital bank is to launch next year to rival Coutts, the Queen’s bank. The aim is to give a more bespoke service to the “mass affluent”, defined as people with assets of between £250,000 and £5

The thing that stood out for me was that you need assets of £250,000k (excluding your home) to even think about opening an account. You also can’t have more than £5m because while they’re catering for the rich you can be, well, too rich.

Also interesting naming. Were the founders looking at a tube map? And do they even have a website?

You also can’t have more than £5m because while they’re catering for the rich you can’t be, well, too rich.

Yet another bank that can’t hold the billions

I do wonder if the types of people who have this type of cash laying around, would actually care for an easy access digital bank or whether the beauty of Coutts is the personal service?

I can see practically nothing on the web about this company, but I presume that the business model has to be more than a Monzo/Starling me-too.

Given that the market will be limited, and their take up of it will be small to start, I’m assuming that they’re probably forecasting <100k users. So space to offer more personalised support and financial planning across a wider range of products maybe?

According to the Discourse-truncated Times, I am now a “mass affluent”!

Monument Bank has a ridiculous name.

They must paid the right people to sort the SEO optimisation anyway, only the very last result when I Google is about TfL rather than the financial institution.

But none of them for the bank’s actual website, I note.

Thankyou, Monument… at last - my sort of bank!!

Thanks for the find. Thoroughly uninspiring, though.

Perhaps this is a high end Viola Black?

I know they’re not even operational yet, so I shouldn’t really judge (they even have a disclaimer at the bottom stating this), but that’s a really bland website with some thoroughly pretentious text.

It will be interesting to see how they set themselves apart.

It’s the Bright Young ex-CEO from first direct, who tried to reposition that brand as more colourful and youthful, and accessible beyond the boring old farts who’ve banked there for decades and still think calling your bank is revolutionary.

I agree. From the little information that’s on there it looks like they will focus on BTL lending and investments. If done right there is a market for this. Particularly BTL lending. The process can be very cumbersome and if they can streamline it and make it all possible within an app I will be impressed.

Similarly if they can provide the services of an IFA via an app (which banks currently never do or are very uncompetitive but are in branch) then that will be interesting as well. I’m not aware of any app only financial advisors that links into a bank account.

I can’t imagine wealthy banking customers being the least bit satisfied with doing their business online.

With that sort of cash won’t they want personal phone service etc etc?

I think that’s broadly right, although I’m not sure that I can necessarily see Starling going there. Dozens, though, has said they’re looking at wealth management and seems to have all the components. They’re also looking at a rebrand to reposition themselves, too.

From the spiel, it sounds like they’re digital only, but that they’re looking at fairly instantaneous messaging. Which I think is probably the bare minimum when you have that sort of money.

I imagine they’ll be focusing on making it easy - a one stop shop - and therefore creaming off some commission by providing convenience. If I were in the market for that, I’d want the slickest app, a personal contact (with telephone number), the sort of perks you get with packaged accounts… But then again, I could probably do it all myself via Freetrade, Vanguard and shopping around elsewhere for a better deal…

Possibly. It doesn’t say that they aren’t available on the phone just that they won’t have a physical presence. It seems like they are aiming for between premier banking (which is pretty much just normal banking with slightly better access/rates) and private banking which is for much wealthier people.

My comment was based on my experience recently of arranging a BTL mortgage which took me several hours on the phone and then filling in and sending off lots of paperwork physically (and it’s still not sorted yet) which made me think at the time, I wish starling (who I bank with) had a really streamlined process for this (for which I might have accepted a slightly poorer rate)

But then again, I could probably do it all myself via Freetrade, Vanguard and shopping around elsewhere for a better deal…

Almost certainly this is correct. The balance is always between convenience and time taken and how much you lose in terms of interest/rates. Same argument for most financial aggregators or brokers/financial advisors.

Monument Bank, a new fintech challenger of Coutts has just been granted a license with lending restrictions

From reading other posts on this forum if they offer a black or gold coloured metal card then they’ll be popular.