I signed up yesterday afternoon, received my card this morning 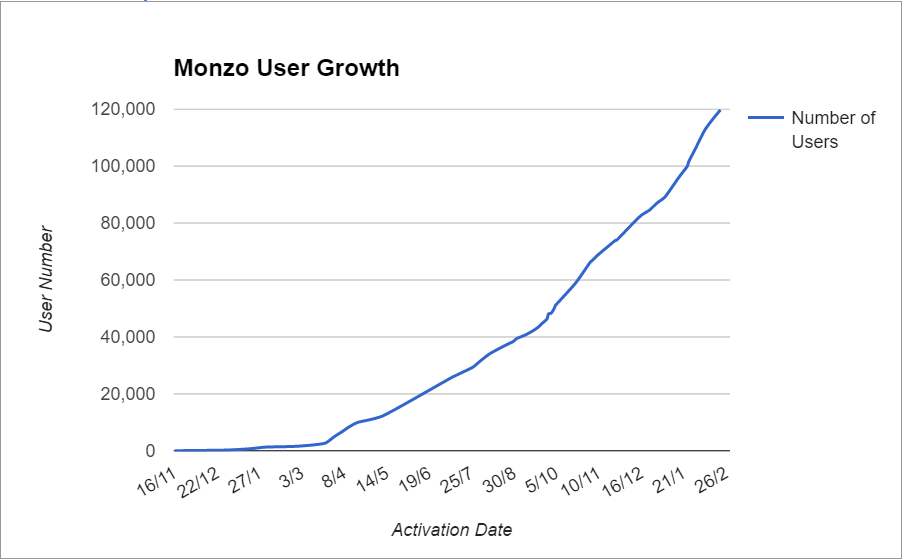 Where do you find your user number?

It’s at the bottom of Settings on Android: 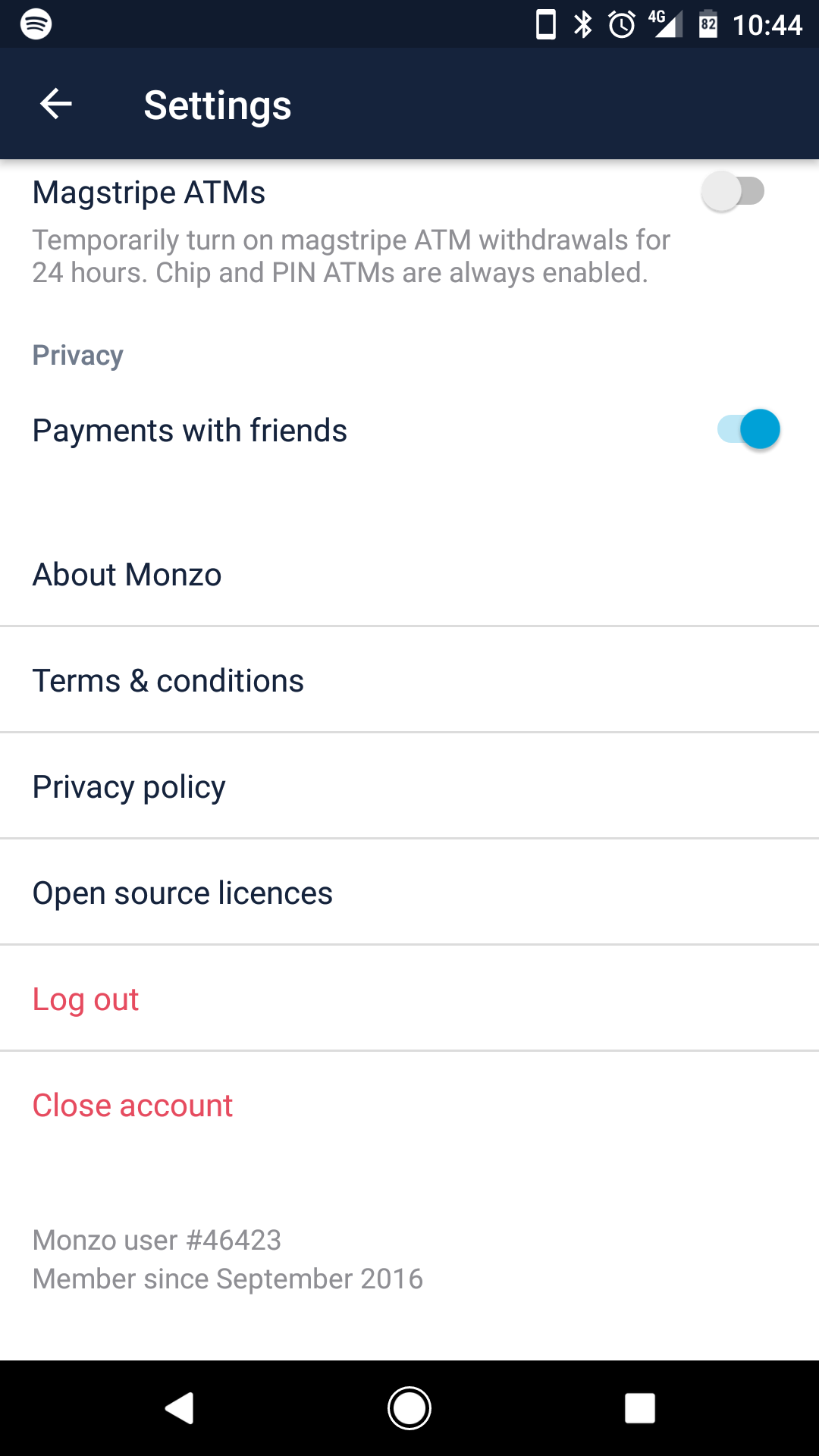 Great news for Monzo (and us passionate monzonaughts). I’d rather see diagrams on engaged/repeat users with a hockey stick too (or even better showing better % of engaged users per number coming on board) but I guess I’d have to actually work with Monzo to see those figures!

So far everyone I have referred in recent months have loved Monzo and are now regular users to im guessing engaged users is also up and to the right. 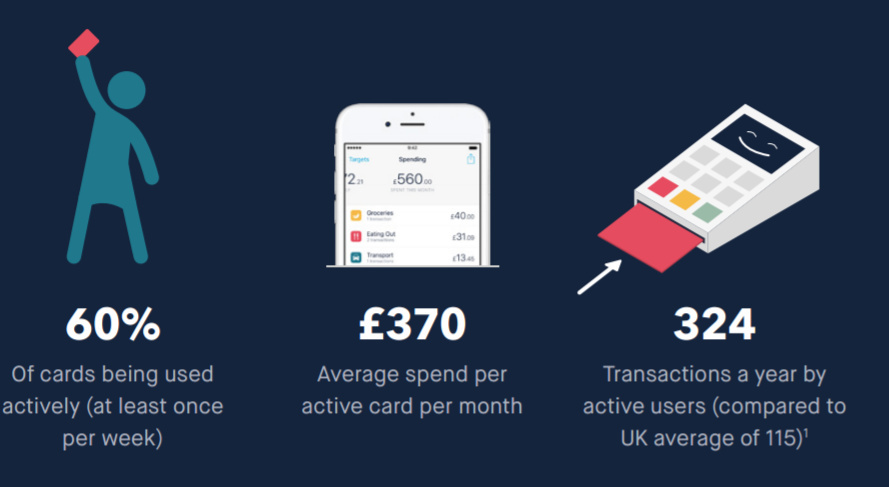 Tom is quoted as saying that Monzo has more than 130,000 users now, in the latest Business Insider coverage of the crowdfunding

It’s been a while since anyone’s posted their user number & activation date so if there’s any new users who could share theirs, it would be really helpful for tracking Monzo’s growth

Cool! Never knew you could see your user # until now!

Damn… Hey @alexs How much of a peak is there in the amount of users around the Sept / Oct time?

With the launch of Android 1.0 there looks to be a huge leap! Because not too long after @AlexM I was user 51071!!

Looks like it’s a bug with my user number/activation date. That screenshot in my post was from about 5 mins ago, so not sure what’s happened! Will let you know what