Carrying on from this thread;

Monzo and the Environment Monzo Chat

Been talking to friends about Monzo, and they are interested, but they also want to know what Monzo is doing environmentally? Obviously, Flux integration is reducing the use of paper, but a fair response is what’s happening in terms of energy used at AWS as the perception is that this is pretty energy intensive, environmental policy in the Moorgate and Cardiff offices, travel policy for staff, and how Monzo is working towards being a carbon neutral company. Be good to find out more, especially…

Give this great post from @Rika a read about what we’re currently doing:

Monzo and the Environment Monzo Chat

We don’t particularly have many headline things but our use of Kubernetes on AWS means that we can get far more out of the resources we use in terms of utilisation than many other banks who may run one thing per system. In terms of the office, we have pretty great recycling here in the London office, I forget the exact numbers unfortunately. We tend to like to pick suppliers for things such as food who don’t give us excessive single use plastic. The majority of our lighting automatically turn t…

What more could we be doing? Let us know!

And a reminder to please stay on-topic. We had to close the previous thread because it got very heated and political. Thanks!

it got very heated and political

I saw no one getting heated or political, just civil enquiry for everyone involved that you seemed to have taken offence to… i guess?

It may have gone off topic from the original question, but now we have two threads… so i don’t see the need to close a perfectly civil discussion from your customers.

In any case, I believe everything that Monzo do was already answered in the other thread.

I’d like to see Monzo aim to be a net zero emitter of greenhouse gasses, by reducing or offsetting the emissions produced by the business. In the very near future businesses may not have a choice, and Monzo could lead like they have in other areas to show they have a progressive ethical agenda in relation to the environment. To be sustainable it needs to be part of the business plan and it’s easier to do while the company is still young than in 10 years time when it’s less nimble. 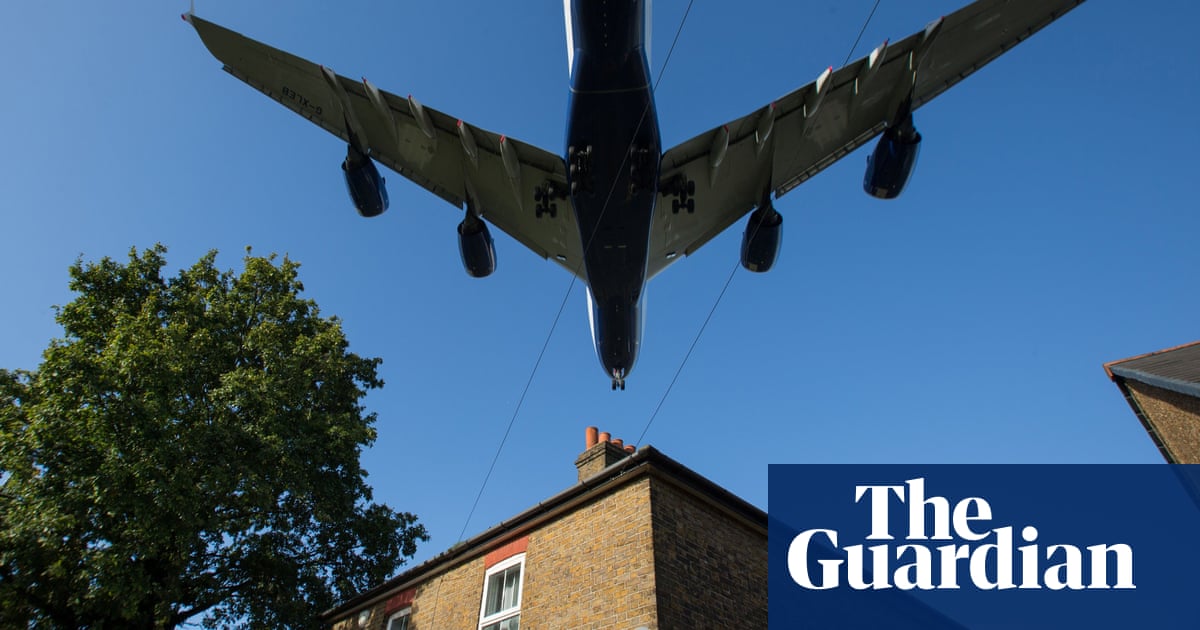 ‘This report will change your life’: what zero emissions means for UK

Give us the option to opt out of having a physical card.

Ability to copy full card number from the app Done!

When this becomes a thing it would be cool to give the customer an option if they even want to receive a physical card. Apple / Google pay + this would cover a good 90+% of my usage. Less cost on card production/postage + better for the environment.

I’d like to see Monzo aim to be a net zero emitter of greenhouse gasses, by reducing or offsetting the emissions produced by the business.

This would be great.

Even from a cynical point of view, it makes loads of sense for Monzo to be a carbon neutral company since it would be a really good PR.

A couple of things I can think of off the top of my head:

As simple as it is, while I was working at Nationwide they were physically helping to plant hundreds of trees in various phases in local grounds, and assisting charities who have an interest in this sort of thing (each of the ~16,000 staff got 2 days a year to assist with charities).

Good point! I was thinking that maybe a lot of the infrastructure might have been run on renewables anyway. Would be good to see an analysis of where Monzos major emissions are. It might turn out that the power consumption actually produces very little because companies are developing their own renewable sources for their data centres anyway. In that case it might not actually be that expensive or onerous to get to net zero!

I also wouldn’t mind paying a small fee to offset my impact, like I currently do with flights. Could be added as part of the Monzo Plus bundle, or maybe there’s a way to incentivise it with Monzo Points as mentioned in the old thread?

By the sounds of it they don’t have a cohesive plan regarding environment, but are generally working in that direction anyway. With no solid foundation and review though they will likely miss things. There’s a ridiculous number of things you can just pass by and not realise are a problem.

It’s also worth considering that Monzo are still not profitable, like it or not from a business perspective they have to balance what can and cant be done while they are in their current state. I don’t expect them to be going planting trees or wind farms, offsetting carbon, or moving away from AWS just because its not 100% renewable. We have to be realistic.

It would though be interesting to see a plan in place for their goals in this.

Without upsetting any green activist (which is getting impossible to do). People really get in a tiff about this safe the planet stuff! We have kids giving up school trying to save to world. Marches and rallies about climate change (but use car, bus or train to get to them). Every company pressured to lower emissions. Maybe the world will go pop one day? Or not… regardless how much we walk, fart or leaving the little red standby on! We can always be conscious, but worrying and worrying get rediculous in my eyes. Live your life guys

Here’s an interesting banking concept for a credit card with some nice design. They’ve created a kind of carbon economy using something called the Aland Index that is supposed to measure the impact of your consumption, and allow you to set limits on your emissions through purchases. Sounds like a cool concept but I’m not sure how exactly they could measure the environmental impact of of your purchases just from transaction data. Suppose its a start.

Really though one of the best things is probably just to buy less stuff…would be interesting to see how a credit card provider would negotiate that aim when their business relies on people spending money. 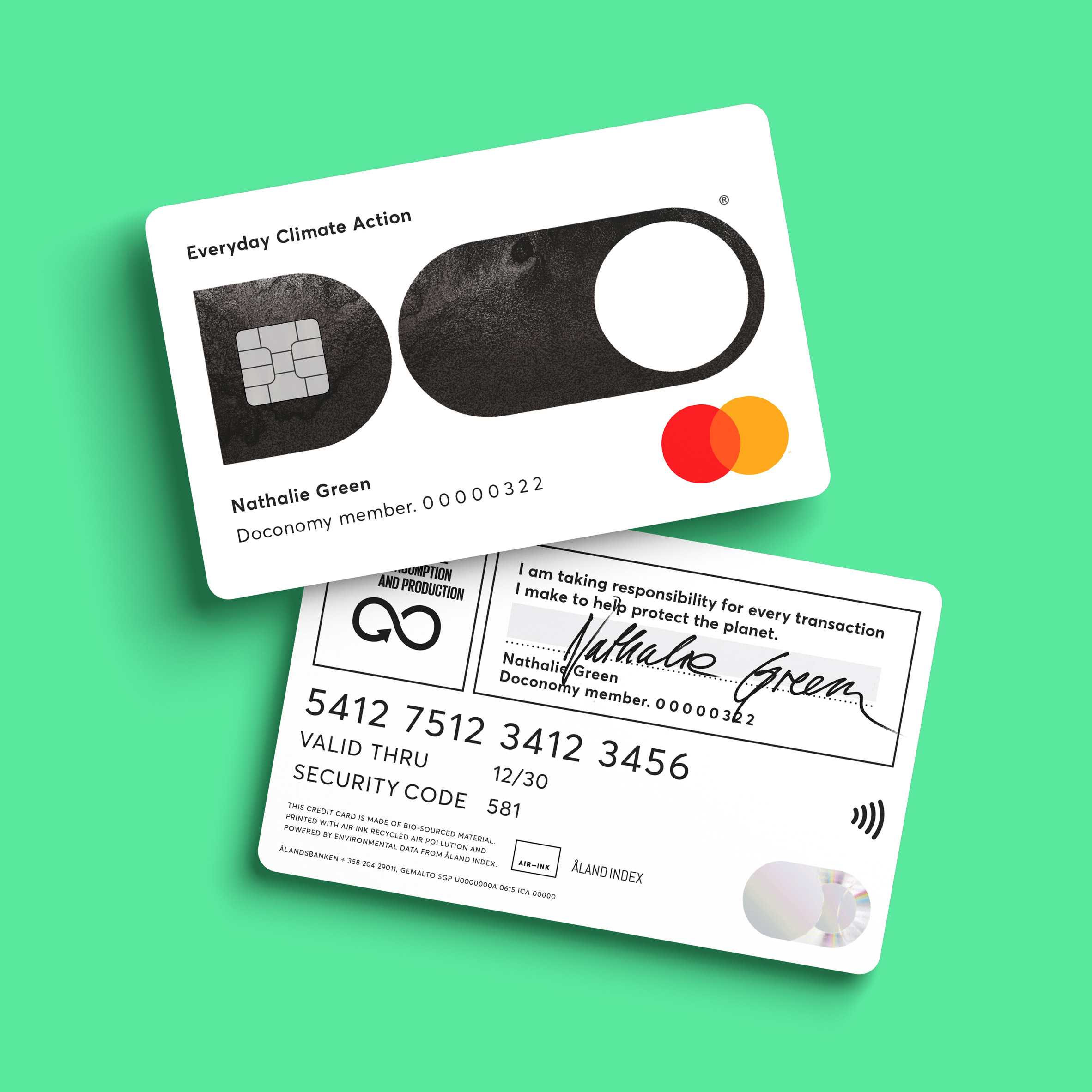 Swedish fintech company Doconomy has launched a credit card that tracks the carbon dioxide emissions of purchases, and caps the climate impact of users' spending.

I also wouldn’t mind paying a small fee to offset my impact, like I currently do with flights. Could be added as part of the Monzo Plus bundle, or maybe there’s a way to incentivise it with Monzo Points as mentioned in the old thread?

I love this idea

This is a type of green-washing in my opinion. Are banking staff really in the best position to plant trees? Also, “rewilding” is generally considered more environmentally impactful than planting trees. Planting trees is not necessarily the answer - churning up the soil to plant the trees can actually release carbon dioxide in the short tern. See twitter thread here: https://twitter.com/georgemonbiot/status/1140870734899830784?

Hi! I’m a potential customer, looking at switching a business account from HSBC, mainly because I want to move to a bank with a strong environmental policy, because I’m deeply concerned by the general lack of action on the climate crisis. Where we invest our money matters!

I see there is lots of chat about things Monzo are doing - offices powered by renewables, lights off at night, minimal use of paper etc. However these are superficial and have very low compared to the impact from the of the money the bank manages, ie where it is invested.

I may have misunderstood how Monzo works… I’m assuming the bank invests it’s customers money in other places? If so:

I think this information is important to share, the service tou provide looks good and I hear lots of positive things, but if Monzo doesn’t have a clear environmental policy then for me it’s no better than the big banks.

It doesn’t. It keeps money with the Bank of England, and it lends money to customers by way of loans and overdrafts.

I use Monzo saving pots and I would appreciate the option to select partners that do not invest in environmental degradation (or weapons manufacture, mass incarceration, etc.). I am sure many Monzo users already feel this way, and the writing is on the wall in terms of the growing popular preference for ethically laudable and publicly accountable business practices.

I absolutely agree with Alexis. I don’t want to make interest by funding industries that are destroying the world or harming people, and I can’t be sure that Monzo’s savings pots avoid this. It would really help if Monzo had a clear policy on the climate and other ethical categories, but its ethical policy hasn’t been updated in a year.

You might be interested to know that Monzo doesn’t score great on the Earth Day Switch ranking for bank accounts https://www.earthdayswitch.org/

What more could we be doing? Let us know!

imo best thing is to educate about common misconceptions