Complete newbie to the thread and this is my first post. I’ve been a customer of Monzo for about 6months and I would like to do a bit of digging into Monzo’s investing to see how ethical it is.

With the planet warming, and 15 out of the last 16 years being the hottest years on record. I’m pretty keen to make sure I’m investing in banks that are investing in low carbon economies as quickly as possible. I hate to think that my cash is being used to drill the artic or tar sands etc.

Anyone got any ideas on how I can find out if Monzo is doing this? I’m not a raving hippy, just trying to make tiny changes with the little power I have.

I think it is fair to say that Monzo invests in nothing. Hopefully they have low impact policies in the workplace.

They did have a short alliance with Bulb which supplies green energy.

Welcome to the community

Monzo doesn’t currently invest customer funds, apart from overdrafts.
You can find their investment policies (well, any future policies at least) on their site (link to the ethics policy provided below). 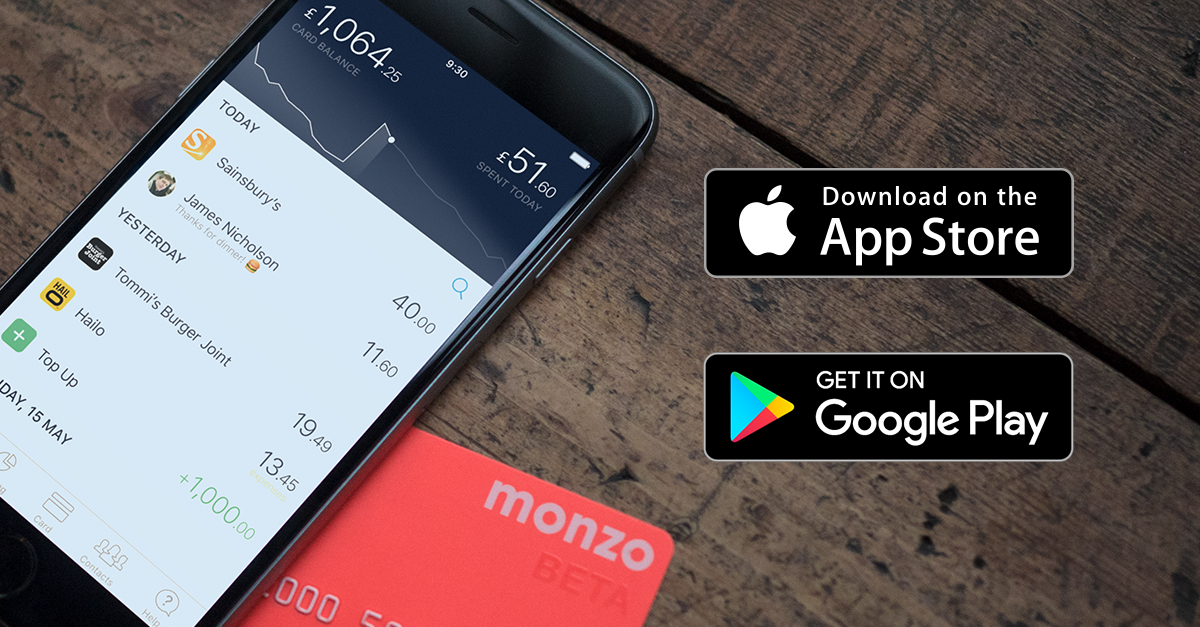 I wonder how much of an environmental impact not having a physical presence has had; less fuel consumed with staff and customers driving to the high street, no energy consumed in a retail outlet etc

Indeed, though I think they’re running on AWS, who are only just up to 50% renewables vs Google Cloud’s 100%. Plus, pretty sure they’re still using PVC for debit cards like most banks (IIRC, the Co-op and Triodos use non-awful plastics).

, he had not even heard of it. He said things wouldn’t change in the near future because of suppliers, but this was more than a year ago now so it would be great to see if they’ve at least started looking into a more sustainable alternative.

This has been raised before, it has its own thread from a couple of years ago:

I like to try and reduce the amount of disposable plastic I use, for several reasons. One thing that is unavoidable at the moment is bank cards, which have to be replaced every few years. I believe that one or two banks have used non-PVC based cards. Has

looked into options for using a more sustainable material for the debit cards? I wonder if it’s now possible to make them from recycled plastic or a plastic that biodegrades (say, after 10 years)?

@Anthony, Triodos just announced an ethical UK Current Account, and one of the features is: …an eco-friendly contactless Mastercard© debit card made from natural plastic using renewable resources. We believe this card has the highest environmental credentials of any offered in the UK. The card is made of an environmentally responsible alternative to traditional plastic such as PVC. This highly innovative new type of card material has been put through a rigorous testing process to confirm its …

At the time, @Anthony was going to look into it, but it must not have percolated up to Tom! Would be good to get an update, though.

We might be going slightly off topic here talking about bank cards. However, it occurred to me that Apple Pay and similar payment systems reduce the wear and tear on cards (even contactless which still have to go in and out of a wallet for most people), and as such those payment systems could reduce the need to replace cards so often.

I’m sure someone must have commented on this before, but I haven’t seen it so I thought I would mention it

I wonder if this might also allow expiry dates further in the future, or whether expiry dates are determined by something else?

Indeed, though I think they’re running on AWS, who are only just up to 50% renewables vs Google Cloud’s 100%.

For what it’s worth, we use both. The main platform sits on AWS while certain data crunching tasks are on Google Cloud.

I wonder if this might also allow expiry dates further in the future, or whether expiry dates are determined by something else?

If I recall correctly, Mastercard set this. By the time cards start to expire, the vast majority of people have already replaced their cards for other reasons though.

If I recall correctly, Mastercard set this. By the time cards start to expire, the vast majority of people have already replaced their cards for other reasons though.

Fair enough. I suppose if those reasons might include the card wearing out there might still be a positive impact of Apple Pay (and similar) in this regard.

Yeah this looks awesome - I’m going to make a massively sweeping statement and suggest that the majority of monzo customers are millennials, gen z and some later gen x’s.
With that assumption, it’s going to be the plastic problem and climate change that affects those generations the most and I’m hoping that banks like Monzo etc can help be apart of the solution.

I’m in the process of moving some of my pension - so this has been a massive learning curve for me!