it’s happening in Europe. Easier to care about something that (potentially) directly affects you.

Yeah, no one cares less about the million Iraqi orphans. Or the starving Afghans. We have a pandemic that’s textbook “Late Victorian Holocausts” and now a war or two to match.

Great. Can we extend this to other conflicts?

This really doesn’t need to turn into “What about…”

I definitely don’t want Monzo spamming me about a new charity every 5 minutes.

I’m glad you saw my point.

While I get what you’re saying I detest this logic. Sorry.

It’s the idea that because Ukraine is getting more media attention at the moment than other conflicts that we should somehow “lower” our response? Erm… no, we should be upping our response to other situations.

It’s a small thing for you to deal with in the grand scheme of things. People are dying and fleeing for their lives. But sure, triggered by some “spam” asking for a couple of quid to help them. That’s one to tell the grandkids with pride.

An all encompassing solution would be charity pots perhaps. Vote for it below if you’d like to see it:

Inspired by a tweet from Stevie Buckley (https://twitter.com/StevieBuckley/status/971724116310089729), I came up with the idea of “Charity Pots” - Pots that automatically donate their contents to a selected charity each month. I’ve made some assumptions, which I’ll outline in a moment, and put together a quick prototype in Sketch to show how I think it comes together. Assumptions Monzo customers would like to have a pot that automatically donates its contents to a charity of their choice each…

Yes, this would be a great solution.
Thank you for the constructive response.

I suppose on an individual level, we are already able to facilitate this. But a specifically built charity pot and the in-app banner promoting it. Would be a great ongoing addition.

No to charity Pots. Who is the arbiter of which charities are ‘in’ and which aren’t?

If Monzo customers want to give to charity, it’s really very simple to do so.

Intermediaries can be a good thing though, so I’d get why people want it. Bundle it with a feature like roundups and it’s a really attractive way to donate. I like how Revolut do it.

I’ve grown a real distaste for donating to charities directly and without anonymity. I know they do some good work, but many also act in bad faith towards those supporting their cause, with some really crass tactics, same ones scammers use. I’ve been harassed, emotionally manipulated, even threatened and gaslighted by charities I’ve engaged with directly. There’s no place they won’t go to get you to part with more of your cash. You’re treated like a mark.

I’m not sold on the idea of charity pots (that’s more to do with my hatred for pots and how everything has to tie into those in some way, and less to do with the intent behind the idea), but I could certainly support in the moment campaigns like this going forward with whatever is the next most pressing current event.

Surely all charities could be ‘in’ and the person setting up the pot chooses which they want? If a charity is missing from the list, we could submit a request to add it like with the merchant data.

Because that works so well.

that’s more to do with my hatred for pots 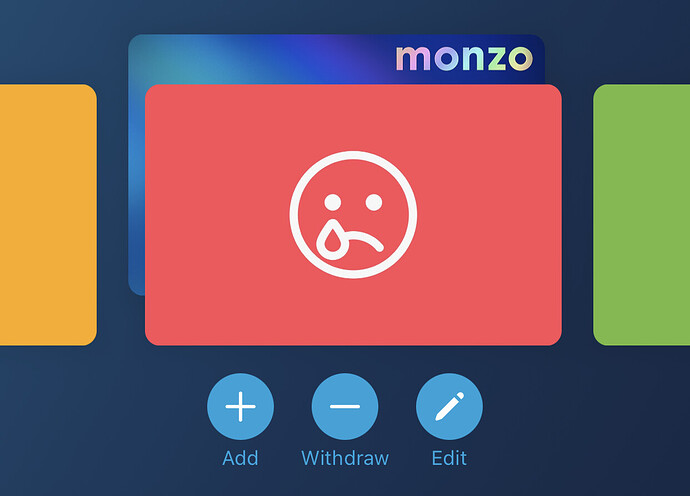 Sounds like a need for an ‘open banking for charites’. So the onus is on the charity to integrate with one system that all banks can then connect to.

“And in The Den this week…”

Doesnt seem like anyone wants to setup a direct debit

Im off to pitch my million dollar idea

I’d love a charity dashboard, where I can deposit whatever one-off or regular amount I’m happy with and then divvy it up in micro transactions and maybe build up an emergency appeal pot… There’s loads you could do, but I doubt anyone will build it.

Dragons’ Den had a company offering a platform with a lot of charities all in one place that you can chose to donate to.

Monthly donations to your favorite charities. Build your giving portfolio & split a monthly donation between the ones you care about most.

Interesting. But it can only select three charities and I can’t see how they make their money, or rather where. From the blurb, it sounds like they’re charging charities for exposure, so taking a slice of the chugger pie.

I cant remember their answer but im fairly sure the dragons asked this. I also believe all 5 dragons made a joint offer so they clearly liked what they heard (however, they didnt go for the joint offer).