Monzo … warned that the outcome could have a significant impact on its finances.

Monzo said it could not anticipate the outcome or implications of the work but said “they could be material”.

These two statements appear to be contradictory. A statement that they cannot anticipate the results is not a warning.

EDIT: I don’t think my sarcasm is strong enough here. Obviously it did not. After the abysmal journalism and borderline factual inaccuracies of the first three paragraphs I didn’t bother reading any further.

Also, “ The troubled digital bank … issued a warning on Thursday over its ability to remain in business” Did it?

I’m not sure how reliable this news source is as the article seems to be nothing but a bit of Monzo-bashing.

I assumed it means that the regulators are asking questions about Monzo’s compliance with financial crime rules and it may cost a lot to correct… especially if they have to run those checks on existing customers as well.

In reference to another thread, it alsoleads me to think that Monzo’s fraud detection systems are not as good as they thought they were

The bank has been freezing and closing certain accounts in recent months in order to comply with anti-money laundering regulations, provoking anger among some customers.

Maybe they can go on Watchdog (again)?

This is where I think Monzo needs to be a bit more transparent and give us some data. It would massively help the negative attitude of it.

Or whatever the numbers are.

Maybe I’m a cynic, but there’s rarely smoke without fire. “I’ve done nothing wrong!! All I did was and now they’re closing my account”

The stories you read online, everyone is always innocent. I take them with a punch of salt.

Some people believe they’re innocent because they’re of the mindset of “I didn’t do anything wrong”, which is an educational thing that you shouldn’t be sharing your account with random people online.

Additionally, I think there’s a lot of people that probably want to appear in the news etc, and it doesn’t make a great news story if you openly admit that you’re at fault.

Finally, I don’t think it’s about “doing something wrong” in some cases, it’s doing something that’s deemed inappropriate by Monzo, which might be perfectly fine & dandy elsewhere. Which again, is fine, it’s people not reading T+S before etc.

Additionally, I think there’s a lot of people that probably want to appear in the news etc, and it doesn’t make a great news story if you openly admit that you’re at fault.

See also; “My son didn’t realise these £100 xbox points would appear on my credit card statement and now he’s doing a sad face”

Modern news reporting is about clicks and driving revenue not about quality reporting pick the sections to support the story rather than an informed balanced piece.

How many journalists are qualified to interpret statutory financial statements.

This topic is for Monzo in the media. That link is not to an article in any news outlet.

“RiskScreen is a next-generation customer screening and customer data analytics solution, built to facilitate frictionless internal data economies in which the data held on customers can be used to maximum effect in the management of financial crime risk.”

Given this, perhaps that post and all discussion of it should be split out into another thread, perhaps titled “Random company with a vested interest in the sector presents their own ‘impartial’ * cough*cough * view in a blog post”?

ETA: F*** me, did a Google search on ‘financial crime control framework’, because the phrase intrigued me and I wanted to find out more about it.

One of the first results? A Times article. Big familiar, though.

Oh, wait. The company linked above have plagiarised the Times article for their blog. F*** me. Maybe it should stay in this thread after all, but with a big warning to everyone that they shouldn’t ever deal with RiskScreen because they clearly don’t have any problem stealing stuff from other people. Must be better to cut out the middleman and find these other people yourself.

Final edit: forgot the proof (only a preview, as paywalled. But that’s more than enough) 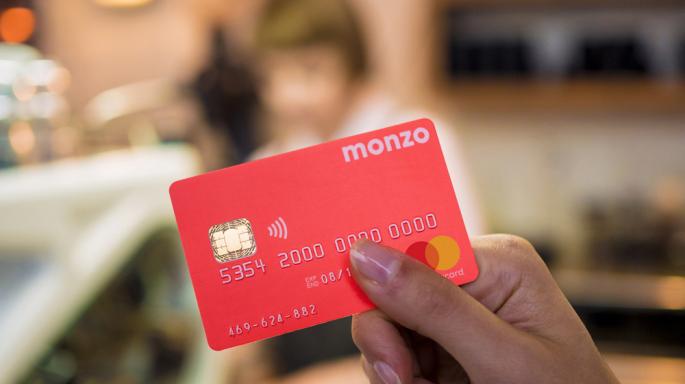 Monzo is reviewing the quality of its financial crime controls and warned that the outcome could have a significant impact on its finances.The troubled digital bank, which issued a warning on Thursday

Soz man, I came across it and I thought I’d share

That’s behind a paywall, can you provide some info about what the article is, title etc?

I stopped reading after the intro:

Monzo , the UK-based challenger bank favoured by those who like to drink £6 Negronis at rooftop bars in South East London, reported its results for the 2019 financial year last Thursday

You know which direction it is going to go in next…

I know - this is just ridiculous.

I’m so common I had to Google what one was

Oh, I’d love to Google the headline, and get around the paywall … but the headline isn’t displayed anywhere.