The latest Monzo app update for iOS, released a few days ago, seems to have changed the aesthetics of transferring money to someone from your Monzo account. Which is fine. What’s a bit less fine, in fact quite worrying, is that there is no final confirmation step. So I choose my payee etc and then the final step before clicking send is to enter the amount I’m sending.

The previous way used to feel a little more secure in that it would present you with one final screen after entering your transfers amount where you could double check the payee name, account and amount that you were sending. Then you would click ok. Any chance of bringing this back? I know it’s an extra step but I nearly added one too many zeros to a transfer amount today which could have been very disastrous if I hadn’t JUST spotted it in time!

Could the screen be gone because you’ve already paid them so you aren’t getting a fraud warning?

No, I think it’s linked to the iOS update. There used to be just one final screen when you could check and confirm your amount and payee. Just added an extra layer of assurance.

I’m not using iOS, so can’t try - but out of interest, do you have ‘Re-designed Payee profiles’ enabled in Monzo Labs?

I do yes! Now you mention it I think that’s what I meant. Rather than an iOS update! Maybe I just use my loaf and turn that back off!!

I don’t pay much attention to these pages because I rarely do it, but does this mean when this comes out of labs, the last final check page will be gone?

Possibly. Improving the experience is usually a combination of making it as easy to use as possible and keeping it looking as nice as possible while applying security levels, underpinned by financial regulations.

So it depends on that lot. And feedback like this.

Hopefully not. I think these forums are monitored and so hopefully the Monzo team will see this and add in one additional check before final confirmation of a transaction?

For that to happen i’d recommend posting about it here: Core App: Better payments

I have the latest ios update and the labs enabled and i am still asked to confirm the transfer by entering my pin after selecting the amount?

You still asked to confirm, in my case with FaceID as I have biometrics on in settings, but i think what the op is saying is that there is no screen between amount and it happening to confirm all the account details again before you confirm.

How strange? I’ve turned off the labs and I’ll see how it responds when I next do a payment/transfer. Will try and post the result here.

I’ve made the same complaint with the shared tabs feature and the “pay tab” button - it simply scans your face and sends your money - there’s no confirmation of how much or who’s receiving it. Really poor experience for a banking app IMO. 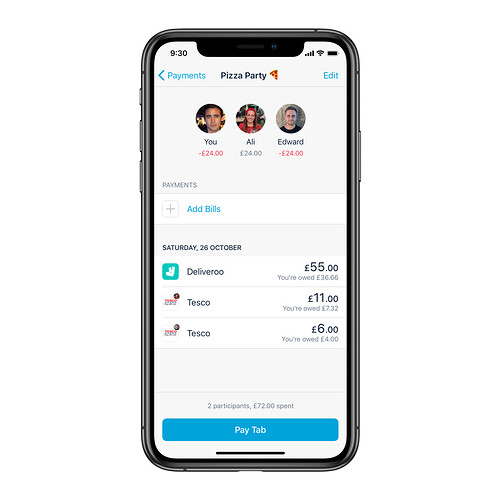 I could well have imagined it! But I’m sure there was one final screen. Today’s transfer just felt to be a case of type in amount and it’s gone. Rather than type in amount- check and confirm amount- then gone.

For example names changed obviously:
In my contacts I have
John Doe, and he has a Monzo account
I have also paid him to his starling account and that is listed separately but there is no way to merge the two or edit and add his starling to the Monzo one (which can’t be removed)
In contrast I have a friend in my phone where I paid him to his Santander account in my phone before he joined Monzo and his contact card lists both accounts… Monzo as default. Why is this not consistent and why can’t you add the Monzo only contacts and add their second accounts?