So I like watching random videos on YouTube about people’s setups of their home networks, media centres or how they have integrated Siri or Alexa into their homes be it with their TV’s or Lighting etc.

I thought I would create this thread to see what you guys have and how you use the kit you have.

This is in my front room and it consists of:

To the left of all that is the powerline adaptor

Today I got Alexa with a Logitech Harmony Hub coming tomorrow with the goal to operate my Philips Hue lights, TV, Sky and AV.

Does anyone here have an Alexa/Harmony setup?

I’m only in the noob stages at the moment, but have Philips Hue set up plugged into IFTTT, Apple HomeKit, and Alexa (on Fire TV).

I have 2 x Apple TV’s that I was using but find Siri and Hue really really bad.

I have custom scenes set for hue but Siri does not like the colour White, never ever works apparently Apple have locked that colour lol

IFTTT I tried years ago but will try all that tonight, saw the party mode earlier, can’t wait for that one

I’ve fallen into the HomeKit trap and Sonos trap. So no Alexa or google home.

Siri controls my hue lighting throughout my house. But hue switches are much easier than shouting at your mobile phone.

Nothing controls my Sonos which sucks. One of these companies need to come out with a speaker that is actually good not tinny like the home and echo and has voice recognition. ( echo and home Great for a little listen, or when connected to real speakers (echo), but not really a full solution).

On all the Alexa videos I have seen most of the audio sounds really good like it is coming from some 3rd party audio device via bluetooth, my AV has it so will try that tonight.

I rent my flat so can’t really get as in depth as I want, if I could I’d go full on Nest.

What are the Elgato Eve’s like as I was looking at the temp sensors but saw no point as I can’t integrate with heating.

Siri is bad, full stop. It can just about execute the ‘Good Night’ scene, and the ‘Movie Time’ one I have. To get something close to white, I ask Siri for direct sunlight

Alexa and home sound is amazing to be fair. But in bigger rooms they’re not great. You can obviously plug into a hifi, I’ve done that with a Sonos hub, but you have to manually turn the hifi on. Harmony remote and IFTTT gets around that but it’s fiddly and not pretty. But clever.

Elgato temp is good for when you need access to room temp, say you have a new born, you can use Apple home to turn your bedroom lights red when your babies room gets to cold, also good for air quality.

Elgato door monitor is good for example when you want certain lights to turn on when someone opens the front door after dark. Or ensure your cleaner is coming and going as she says!

Elgato eve thermo is good for controlling a single rooms radiator, especially if that room is far away from your central heating temp gauge

Kind of all feels a little generation 1. Like pulling a good solution together, piece by piece. Still so much opportunity for it to be harmonised.

So do you rate the Elgato HomeKit products? Do the door sensors now support push notifications so alert if opened/closed?

I might look at the door sensors combined with this 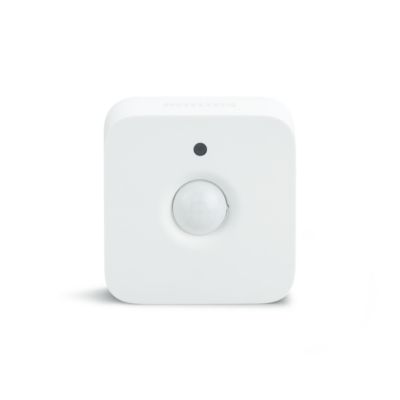 Control your lights automatically by adding a Philips Hue motion sensor to your Philips Hue system. You can place the sensor anywhere in your home as it is battery-powered and completely wireless. Simply walk past to trigger your lights.

Do you have these devices in a central location and distribute to rooms or is this just a list of what you have in each room?

In my new build I got network cabling from a central location to each room with the intention of having all media centrally distributed. But so far the tech to enable this is still enterprise level and expensive. So keen to see if you have a solution/alternative.

Gigabit power line adapters remove the need for cabling up.

Elgato are good, 3 month battery power so can place anywhere.

I have a powerline now as BT decided to put the connection in the hallway, works well no speed or packet loss etc.

I would prefer to have proper cables rather then power lines as I want to distribute Sky over IP as well as my CCTV.

I take a very different approach to home automation than most, anything I install has to be fully usable by others. As such, some of my choices are a bit boring.

Nearly every single light in the house is a Philips Hue lamp or has a Hue bulb, including two Hue Phoenix ceiling lights downstairs. It’s a part of the system that’s been built up over time as bulbs have been on various sales at Amazon. The only downside is that we’re still on the first generation bridge.

The great thing about Philips Hue is that you can still use physical switches, either native ZigBee Light Link ones or a double-toggle of the in-wall ones. One of the things we ran in to on the first install was the issue of pulling your phone out constantly to turn lights on and off (this was before Alexa/Hue Tap/etc.).

While I do have Google Home and Alexa in the same room, they’ve effectively become voice light switches and Cast speakers. As much as I love them, they haven’t really found their place yet.

AV-wise, I keep things incredibly simple so there’s no need for me to own a Harmony remote/hub, I picked components carefully so that the only remote I use upstairs is the Apple TV’s Siri remote, that sits nicely in a Studio Neat Apple TV Remote Stand.

Downstairs, it’s just a NowTV Smart Box as a Freeview and iPlayer device (it was REALLY cheap when I bought it after the Freeview tuner inside the TV died) along with a Chromecast for anything else.

All content comes from a huge chain that ends with Plex running both out on a VPS slice and internally on my PC. Generally, I use the tvOS client for video and the Chromecast client for anything else around the house, including music. That’s all my library though, everybody else gets things from other sources.

Nest stuff has been incredible, the friendliness of Nest Protect and the Thermostat really helps with the acceptance factor. This is how smart home stuff should be.

As much as I love HomeKit on paper, it’s been a real wreck in the real world. It’s just not good enough to deploy here.

Networking is an area I’m currently in the process of reworking. It’s frustrating that I need something more than Google Wifi but don’t have the political/financial push to get something as big as a UniFi system installed outside the lab rack. The Synology Router RT2600ac is my current front-runner to replace the more than eight year-old Apple Time Capsule. My NAS is just a Synology DS414j. My only regret there is not going for a bigger unit!

Do you need more because you have crazy high bandwidth requirements? Or aren’t they very good even when you have multiple

IPv6 support is a must, currently that involves tunneling. WAN to LAN routing must be consistent and handle both a high number of connections, and constant use (almost all consumer routers fail this test in my experience).

I’m also looking for track records of good software support and reasonable security. To me, this also means no forced cloud connectivity. Most of the mesh systems get thrown out immediately on the basis that they’re only configurable through a mobile app and require accounts.

The constant use is the big one, almost everything on the high-end of the consumer market can get the near-gigabit speeds but many will fail to sustain anywhere close to 100Mbit WAN to LAN for more than an hour.

So how are you getting the Apple TV to smart TVs from a central location?

Have you seen any particular hardware to support sky over IP?