Do we have any plumbers in the house?

He seems to have the same valves as you 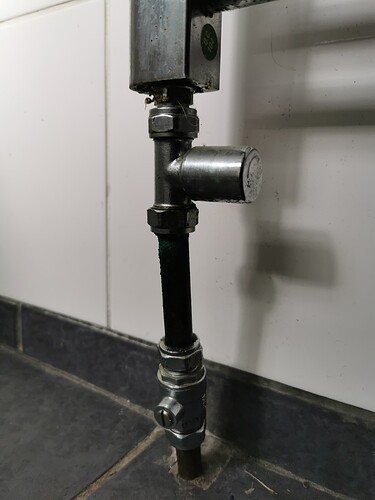 I did see that video earlier, but he’s doing a completely finished job though which is definitely beyond my ability as I’d need to do pipework.

Ultimately I guess I’m wondering if there are any types of flexible hosing that I can join the old and new valves together with (temporarily), and if so, what’s the score with thread types and that kind of thing.

Think it’ll just be easier to switch them

But I’ve only replaced radiator values so this could be entirely different. So don’t listen to me

Looks like you just need to take the old valve off and replace it… seems simple enough.

With all that considered, you have to take some precautions and prep for getting rid of the water in the system, as you’ll be taking the existing valves off, which will allow any water at a higher level in the heating system to run down via gravity and help flood your bathroom…

On the valve that currently still is fitted to the pipe coming up from the floor, there’s a drain spout. You’ll have to drain down the water to that level first to be able to change that valve and also the one on the other pipe.

Oh, and have lots of towels around just in case the water involved decides it has found a gravitational advantage… 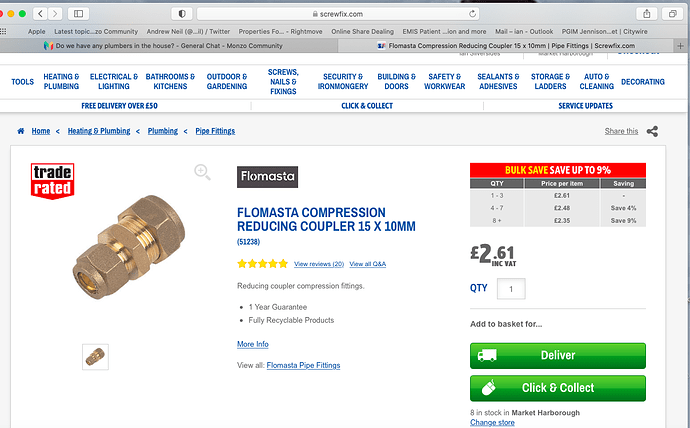 If you want to do the pipework yourself:

So having done both I’d get the plumber in for the pipes, all you need to do is mount the radiator and have it ready to connect.

then cost out your time and weep.

I am tempted just to get someone in but already had a quote from one guy to do the whole bathroom and it was ridiculously expensive so kind of what to tackle as much as I can myself.

I don’t mind spending my own time on it at all.

I’ve hung the towel rail and been watching YouTube videos all day and feeling more confident about it now. Might be a project for next week once I’ve got everything I need.

For a DIY job look at https://www.diy.com/ideas-advice/how-to-fit-a-new-towel-radiator/CC_npcart_400179.art

It obviously won’t look as good as a pro job (changing the existing pipework) but with some chrome pipework it won’t look too bad.

Some great technical advice. But if in even the slightest doubt…… don’t. The damage water can do……

If you go for it - good luck

So I finally got around to tackling the towel rail. 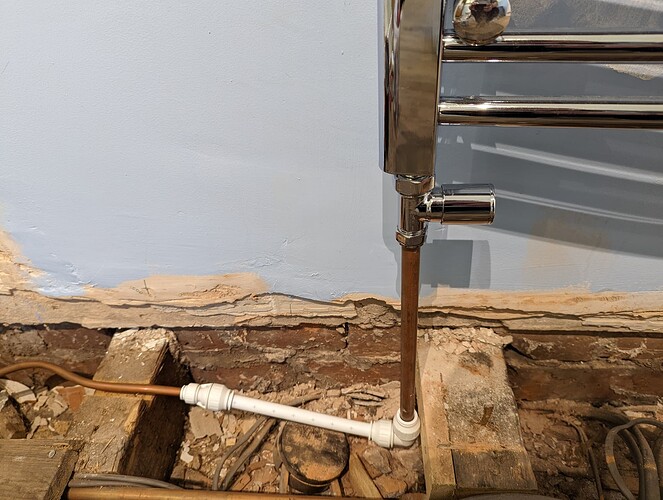 Basically yes it was a 10mm feed so I got a push fit 10mm to 15mm straight through connector, put on 15mm elbow and then used 15mm copper pipe to go up into the valve. Same on the other side.

Thanks for all of your replies

The feed pipe (10mm copper) is fed through a notch in the left-most joist under the floorboard above it. The new white-plastic push-fit pipe assembly is then in the void between the joists, but very close to the right-hand joist (and extra wooden 1/2" batten to its left) It is also possibly touching the debris underneath.

Water, when heating and cooling, likes to ‘move’ pipes and introduces noise (taps, bangs, clanks) at every opportunity. I’d ensure that all visible pipes in that pic are surrounded by pipe insulation, not only for heat-efficiency, but also to stop noise from expanding or contracting pipes against non-moving joists/floorboards/debris. Do the same on the other side too.

You’ll never stop upstream/downstream pipe noise unless treated, but if you do insulate on the new sections you’ve installed, you won’t be introducing any new noises. Well worth the effort.

EDIT: **Disclaimer - the recommendation above is related only to the modification to feed heating-circuit water to/from the new towel rail and how to stop potential ‘noise’ from expanding/contracting pipes due to temperature changes within said pipes. From the image shown, the electrical wiring underneath the floorboard level needs immediate attention to protect it from potential damage from above (nails/screws driven into floorboards and into unprotected 13 amp wiring) and also from water ingress should a water joint fail (13 amp junction box immediately below the new push-fit water assembly)

It may just be the angle but it’s not touching the debris underneath.
It is very close to the joists though but could only move it so far before bringing the pipe on the other side of the towel rail closer to a joist in turn.

Thanks for the advice on the insulation though!

After looking into the image at greater detail, I have edited my original post.

I did observe the wiring too (I was an electrician many moons ago) and will try and neaten things up a bit now that I’ve seen it.

Just realised I never shared the final results of the bathroom. 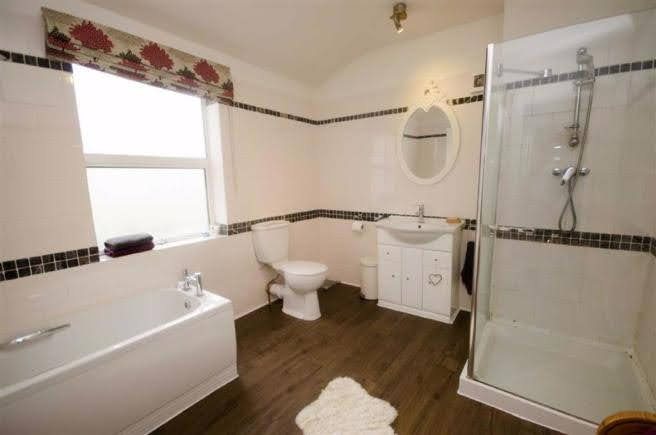 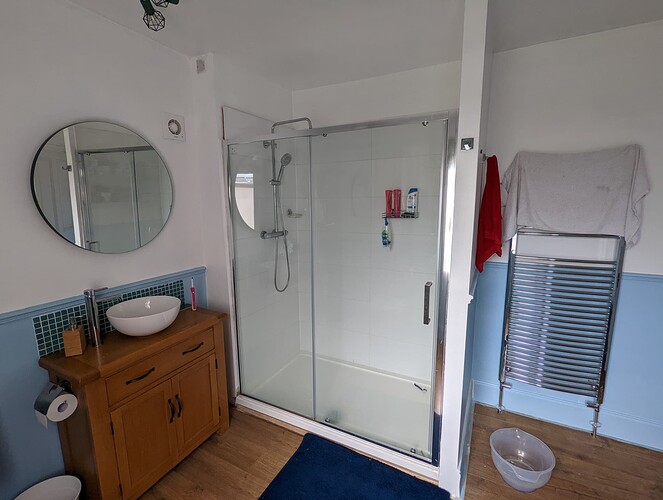 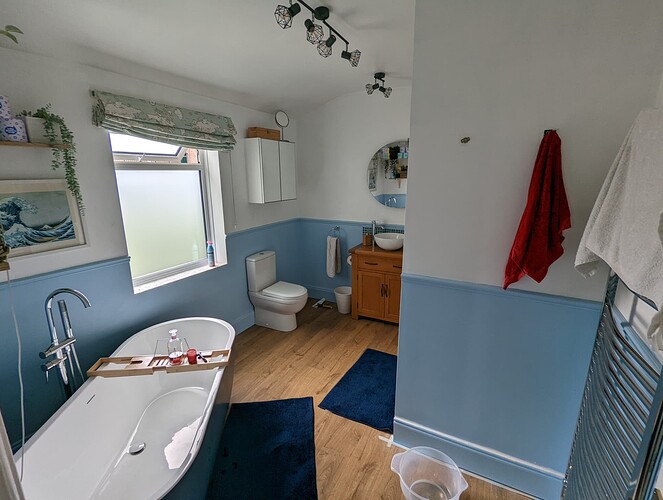 Ended up doing everything ourselves apart from the shower, which ironically was the only thing that leaked. But we got that sorted in the end.

Still got a few tiny bits to finish off but I’m very happy with what we’ve done.

And knowing you’ve probably saved not spent an additional several thousand ££££ by DIY is a great feeling.