I was just on the crowdcube site and noticed it said that Monzo shares are worth 40x more in this investment round then they were in the first. I’m relatively sure this not the case. I think it’s actually around 14x as when I bought shares in the first round I think they were around 50p(ish). 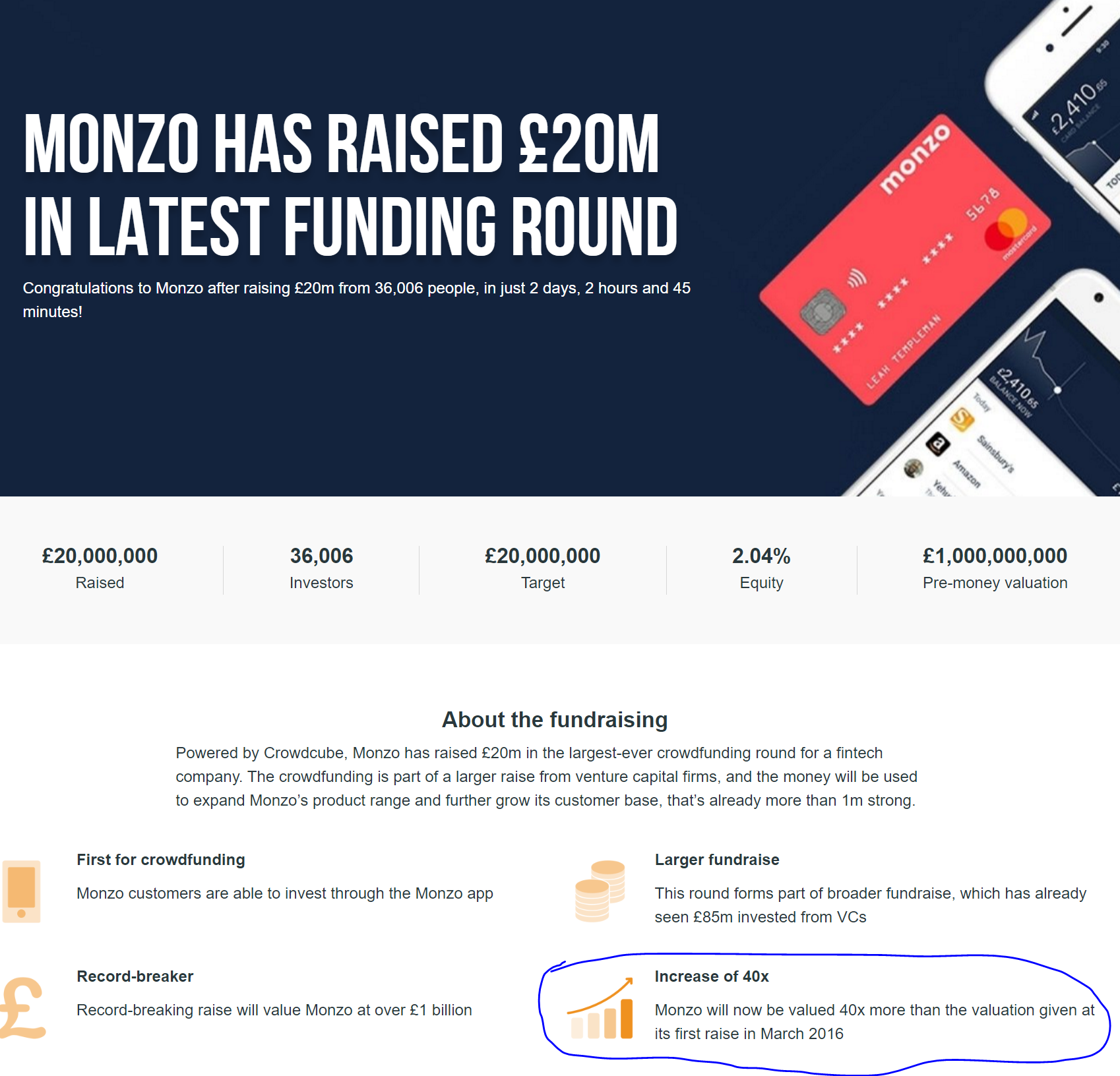 Isn’t that the billion pound valuation of the company rather than the value per share?

Hmmm. Good point. I’m not too sure. I’m often wrong about these things

Says Monzo will be valued not the share price is valued. Sticking by my version

That is the effect of dilution

If Monzo hadn’t raised any money then our first round investment would be worth 40x more, however at each funding round they issued more shares and now it is worth about 15.5x more in real terms. Only Crowdcube would talk about a 40x increase for the headline effect, when everyone knows it is at best a 15.5x return and for most investors who participated from round 3 it is just under a 3x return.

Without a shadow of a doubt. Dilution makes sense. Thanks for that explanation.

It certainly does feel like questionable phrasing from crowdcube almost implying that a first round investor had 40X which as you say, we know is not true!

I do think their statement related to the valuation of the company, not the individual shares, so I don’t think they’ve been misrepresented.

On a share-by-share basis, as far as I can remember, and if I’ve worked it out correctly, the shares were:

But with each round, there are far more shares in circulation.