As you may have seen this week - the forum provider seems to have made changes in the background which messed up where Trust Levels were placed on your posts.

Can someone explain what “1” entails, along with “2” “3” and “4” ? I’ve been on ages and lots more posts than some people with 3 ? Not bothered but just wondering

I’ve went ahead and made a change suggested by @Addzy so we can have flair as well as other badges attached to our posts.

It will take some getting used to, but I think it works as a stopgap (not that I had any issues on mobile).

I think eventually if Discourse fixes itself, it might be worth reverting to the previous system of displaying the “highest” rank so 1 > 2 > 3 > Investor > 4 > Monzo?

Otherwise it feels a bit like when people use all their postnominals so say John Doe BA MA or something.

Anyway, in the name of desktop users, thank you and @Addzy for the fix

I want to make sure it’s something most people are a fan of before setting any change in stone.

Im not actually seeing the change you made full stop, I just disabled my CSS override I had working so it wasn’t broken for me but it’s still broken, could be a caching issue but its still broke for me completely

Edit: The fix works in incognito, some weird browser caching for me I guess even though i’ve cleared everything, hopefully it works for me soon

How should community ratings/flairs be displayed?

This poll is irrelevant, see the poll further down the thread:

New poll time! This time it’s multiple choice so you can pick a favourite but also a second choice. Hopefully this will better represent forum users’ views. [image] How should multiple flairs (eg Level 3 and Investor? be displayed? poll

The poll closes in 2 days

I don’t want to edit my post for fear of resetting the poll, but here are the illustrations of the three options: 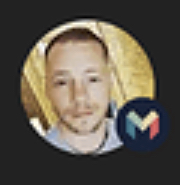 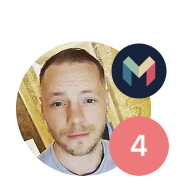 Sorry @Carlo1460, you’re the only one who I could get examples of all three from!

Oh to be loved

I voted old but I’m not overly bothered if it’s the new way, as it’s fixed for me now

I preferred it broken. But I’m a reckless maverick like that.

Personally, I’d prefer both of them at the bottom of the avatar - left & right. With the number bottom right + Staff/Investor bottom left.

code for that one is:

I have been usurped!

I have a different thought, although I’m not sure it’s possible. It used to be so that the Monzo logo would be the most important flair in the hierarchy.

That means that everyone else had the trust level by default (but could also choose the investor flair if they had it as an option) but Monzonauts would automatically display the Monzo logo instead.

Edit: Ignore that! @ndrw said all that earlier

Makes no difference to me, I only view on mobile

Just to add to the mix, these are the settings