I’m really pleased this is coming in. I would really like to be able to combine charity pots and rules, so that every time I spend on my monzo it rounds the price up to the nearest pound and puts the spare change into the pot. Kind of like an electronic version of the charity collection boxes on shop countertops.

Like I said, sure I had missed it but my opinion is still that other features deserve more dev time.

Revolut have just done a (somewhat biased) poll on this feature: 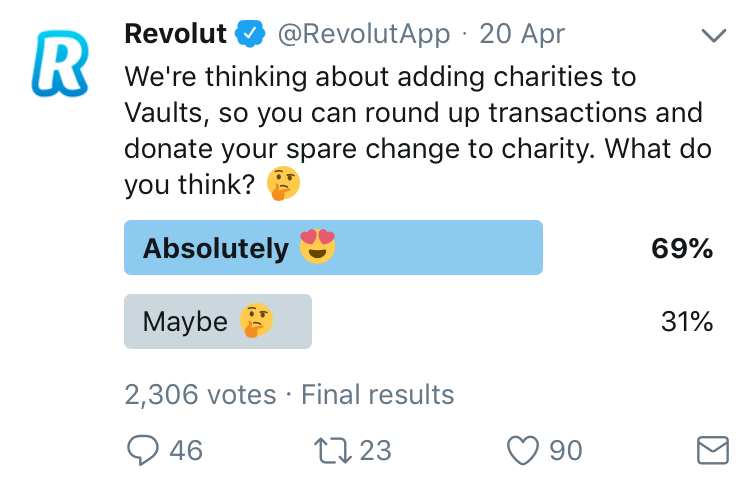 I love the idea of combining pots, with a charitable donation of my choice. Got money to spare? Just hit the “donate to charity” and nominate which charity should receive it. In my case, it would be the MS Trust.

Hello Monzo !
What about partnering with charities (such as WWF, Cancer McMillan etc…) which the customer would choose and for every transaction made on a Monzo card, 0.01p would be gifted to that charity. When looking at the space digital payment has taken in our life that would be more effective than knocking doors to doors or running thousands of miles in sport sponsored events.
How much transactions are done in a day at Monzo ? If we are 500,000 users by assuming 10% of us would enter that scheme and we roughly use our cards a minimum 3 times per day that gives you around half a million charity pot …
what do you think about that idea

Great idea! A lot of forum users have also requested such a feature. My guess is it will be looked into once the monzo marketplace is up and running / they have a lot of the core features out the way.

I find having a charity category would be beneficial since it tends to be relegated to the general option. 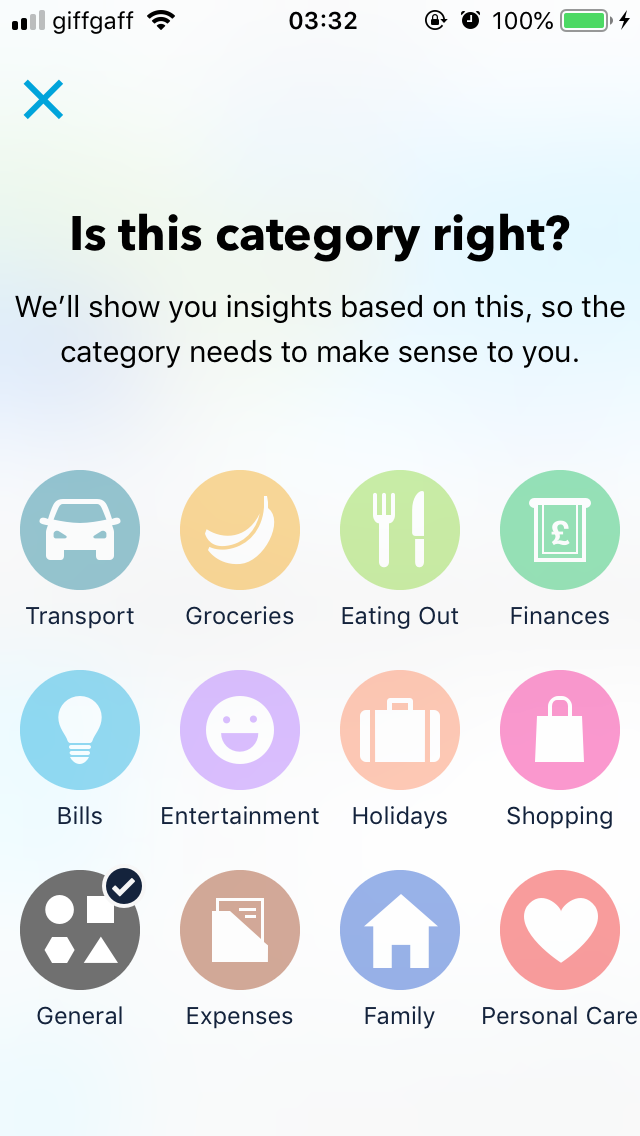 The likelihood of monzo adding a category any time soon is probably zero, unfortunately. The community has been asking for more categories for a while and so far to no avail!

Maybe give EMMA a try 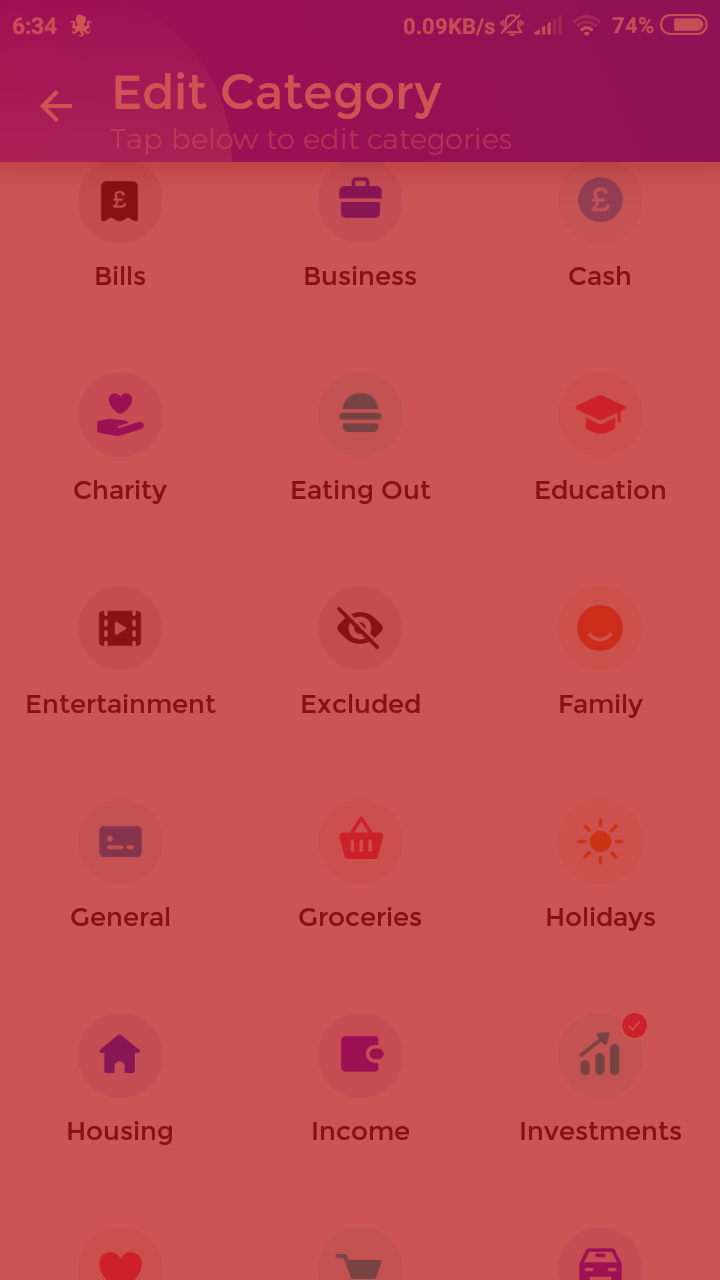 Maybe without my screen filter

This appeared in the recent Making Monzo Email: 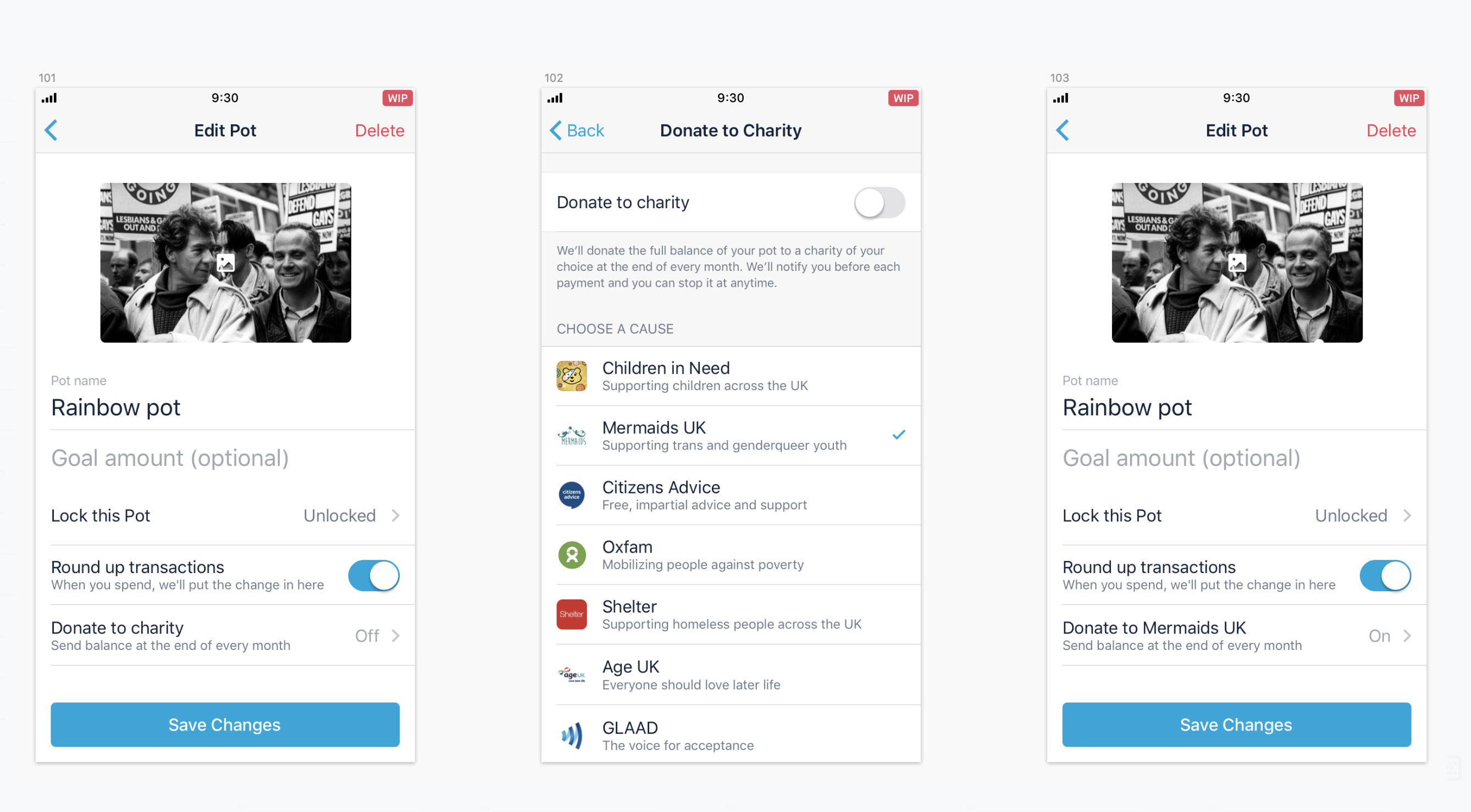 Donate your Pot balance to charity

As part of our No Barriers To Banking campaign, we’re looking at ways we can support financially excluded groups directly, and by working with other organisations and charities.

Soon you’ll be able to donate money to charity from a Pot! We round up the change from your spending over the course of the month, and you choose who to donate it to from a shortlist of charities.

10 Likes
Change to Charity Pot - rounds up transactions and donate to a choosen local charity
Round up to charity?
Utilise Monzo's App to Encourage Donations to Charity
Using your spare change
Optionally round purchases x pennies to be donated to Environmental Sustainability Projects?
Doconomy - Carbon emission based banking
Sherlock (James) 19 March 2019 00:13 #33

Been seeing charity pots in the API for some time now so super glad to see our first actual screenshots of it in action!

Initially some of my questions would be:

Looking forward to seeing how this proceeds!

I’m Lucas, the PM for Donate to Charity.

To avoid any confusion, I’ll answer your questions directly:

Hope this clears things up! I’m really glad to hear you’re looking forwards to this coming to life

Thanks for the great response there Lucas, and (apparently) welcome to the forum!

Can’t wait to have it in my hands and to give it a go! (and to suggest some charities

Looking at this list of charities really warms my heart.

Looking forward to this, can we Include mental health charities? Mind etc

The charity category has arrived

Anybody else seeing this?

Now we need another new category to keep the list even

Bit too long to recategorise stuff, but it’s gonna be super useful when tax return time comes around…

Really looking forward to this!

I’d love to see an Orangutan charity join the list at some point! (e.g. Save the Orangutan, BOS - or there are others).

They’re critically endangered now due to, amongst other things, continued deforestation for palm oil plantations. They are amazing, and we’ve got to do more.
I challenge anyone to watch videos of rescued Orangutans (who have often witnessed their mothers being killed) being cared for at rehabilitation centres, and not find themselves falling in love with them.

Orangutan babies cannot survive without their mothers and stay with them up until the age of 8 or so. So these rescued little ones have a long road ahead at the rehab centres, with the help of people who give their lives away to be their surrogate mums, before they’re ready to be released into protected areas of rainforest.