That’s simplistic, to say the least.

You use bank accounts to your benefit - Which is absolutely fine.

You don’t (from what I’ve seen), use the argument that different products/services pray on the poor, and take a moral stance on various things (whilst simultaneously “playing the system”).

I think there was a screenshot further up that showed remain deposit allowed. I don’t recall if it’s been cleared if it’s a rolling 6 month period.

Sorry, just read the thread! Should have done that first my apologises!

No worries. A lot to go through some of which I haven’t either

I see what you’re saying.

I do think that banking is a bit broken though and that the poorest are subsiding the better off (that’s what I mean by it being regressive) and what I bang on about here. I don’t think that’s at odds with playing the system such as it is, though!

My issue is not so much with the banks themselves - It was more directed at some of the people on the forum.

Is the system broken? It’s certainly not optimal, but you could say the same for most things (I’m looking at you especially child benefit…).

I like to play the game of “replace Monzo with HSBC”, and guess what the result will be.

“HSBC to introduce fees for cash deposits” - What do you think the reaction would be like here?

I should add - Fee or no fee, it doesn’t affect me directly, and I don’t pretend to understand the impact on those it might.

Until Monzo branches out into other areas (this fabled Money Hub we’ve heard about), it’s impossible to judge them, because they are doing the same thing that every other bank does, but has to charge for some of the services that other banks provide for free.

They make money through lending (OD’s and loans - Neither of which are especially cheap), and then a bit through the BoE and other bits and pieces (in the same way that other banks make money).

Would we class Monzo as “praying on the poor”, like people seem to want to class the legacy banks?

Why are Starling going to provide it for free (if the reports are to be believed), with much higher limits? Better negotiation? More lines of revenue so they can subsidise this feature? Better planning ahead (with the new card roll out that was widely panned by this forum at the time, but was necessary to include the new chip?)

My point is, people treat it like some historic football rivalry - Monzo vs the world, and that tends to skew the general opinion.

I’m a Monzo customer because I like the app, the CS was very good, and I like to try new products out - I’ve stayed a customer because they still fulfil my very small current account banking needs.

If paying a monthly fee brought better benefits, and “levelled” the playing field - I’d have no problem. But they’d have to include a free tier for those who literally had no money (but then, we are kinda in the same position we are in now aren’t we?)

In my circumstance, I’d probably use the free tier as I put all my spend through credit cards, and then pay it off at the end of the month - I also have an Amex that I pay annually for, but feel the particular benefits are worth it to me and my family.

That’s a bit of a ramble, and possibly belongs in your other thread

“HSBC to introduce fees for cash deposits” - What do you think the reaction would be like here?

Perhaps - But other fintechs are somehow getting around the fees, or have bigger limits etc.

It was a point to highlight some of the double standards - But completely appreciate it’s not like for like.

You most certainly can.

Do your banking in person with our friendly staff at your local HSBC Branch. Some of our branches are open 6 days a week for your convenience. So join HSBC today.

This is where I disagree strongly. Monzo is a bank. The most basic purpose of a bank is to take deposits, store money and then allow you withdraw it.

As a customer, the business model that Monzo choose to pursue doesn’t affect my expectations of whether it can offer the most basic services (for free). Of course providing services costs money, but some things are just table stakes.

The point about being fair also doesn’t really ring true as they’re apparently happy to subsidise some services where it suits them, or just let other banks subsidise them.

I’ve made the point before but you don’t see legacy banks charging for online services because they have a whole branch network which you can use.

None of this actually affects me personally. I really like using Monzo but I also don’t think they just deserve a pass on these sorts of things, mostly because they really try to sell themselves on how “special” they are. 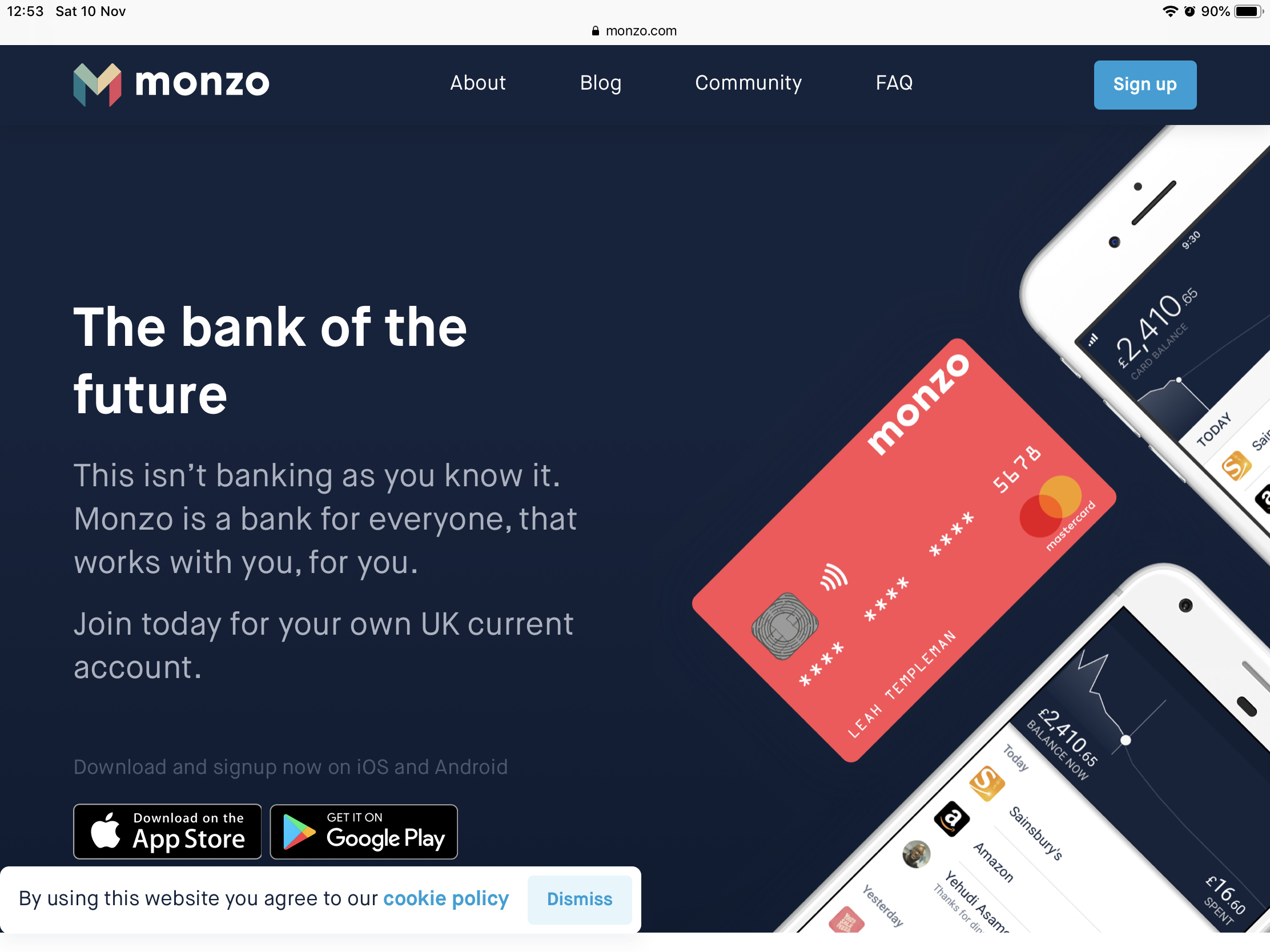 One major blocker for the Post Office is that it will require us to update our chip profile – a change that we can only do by physically replacing everybody’s cards.

Why is this though?

I would argue that Monzo are becoming more and more like a legacy bank in they way they do things, as someone previously mentioned they are becoming the ryanair of banking.

Not simple at all and a million different fees and limits you have to remember.

Monzo are cutting corners and rushing implementations in all over the shop whereas Starling seem to be producing a more polished product these days.

Look at chat for instance, they way that was rushed in to “production” was terrible

These arguments are so circular.

It’s clear with this thread people have difference of opinions. I think we should all accept that some people are happy, and some not, and not try to change each other’s opinions.

Personally, I’m not too happy with a new charge, but I know it won’t affect me too much either.
Monzo have got a lot of catching up to do, but Rome wasn’t built in a day. I accept there might be shortcomings for some time, with the hope that things will change. They’ve given reasons why they’ve implemented limitations and they’ve never given me a reason to believe they’re dishonest.
It’s in Monzo’s interest to make everyone happy, and I believe over time they will do that.

Can i ask is the information out there around if the post office method is cheaper than pay point or vice versa?

If it was cheaper for post office but required a chip update why not offer a new metal card with the new chip at a premium? I know alot of people have asked for this and with a one-off fee it offsets the cost

why not offer a new metal card

Because arranging for manufacturing and distrubution via a metal card producer would be costly and slow, blocking a feature many people have asked for and say is essential on a one a handful of people have said would be a ‘nice to have’?

Again its an assumption that it will be slow, its just a suggestion.

If post office is a better all round and possibly cheaper solution (going by other banks models) then surely they could use the paypoint way as a stopgap until the other solution is possible?

I understand monzo have made their choice on this, im just adding in an idea to the rest of the community to gauge interest.