I don’t even use the rubbish Face ID login I just enter my passcode.

Was really happy with it. App seems good enough for a saving account imo. But now the interest rate has reduced to 0.5%

Doesn’t look to be anything better though on the market.

Doesn’t look to be anything better though on the market.

Hmmm I missed that one. Also received an email from MSE about a code they’ve given for 1.25% with Chip. Which may be worth looking into.

Anybody know if Atom gives any incentives if you pay a mortgage issued by them from an Atom bank acc?

I doubt Atom’s savings accounts allow direct debits, so I wouldn’t expect to be able to pay a mortgage from them.

And here I thought they offered current accounts too.

Technically they did at one stage - back when they bought Harrods Bank, which they only did to get a banking license, Harrods offered current accounts.

I think they did quickly close everything down, and ask their customers to switch, but they did continue operations for a short time? (If I remember rightly, this was a few years ago now?)

Anyway, back to Tandem savings. I’ve decided I’ll only ever be a “rate chaser” with them, as I am so irritated by their pathetic Face ID that I just don’t like using the app enough. I know it’s fickle, but then why are they so stubborn about it? The minute someone else offers a better rate, I think “why put up with it any more” and just move the money.

Currently I’m using an off-sale account at Skipton which is the best rate I have left at 1.2% (I only opened it, incidentally, after seeing it posted on this forum - I’m glad I did now).

It was only last month that it dropped to the 0.50%

They would have to give notice first, and I’ve had no such notice as yet. If we make an educated guess from last time, they eventually did lower rates for existing customers after lowering them for new ones.

If they do, there’ll be no reason to stay with Atom anymore. Unless Marcus also go down

If they do, there’ll be no reason to stay with Atom anymore. Unless Marcus also go down

Agreed. My last Fixed Saver with them (1.65%) matures next month.

I only use the Instant Saver as an extra Pot for my savings towards theatre tickets anyway.

Not that I shall be buying any more of those any time soon.

It’s hard enough for the industry to be able to perform the shows already purchased!

My Marcus is already defunct.

I am clinging on to 1.20% with Skipton BS at the moment, however, after Coventry BS announced the freefall of their limited access accounts from 10 Feb 2021, I strongly suspect Skipton will announce something imminently.

If we make an educated guess from last time, they eventually did lower rates for existing customers after lowering them for new ones.

I think it was about a month later IIRC.

I use Marcus for my emergency fund as it’s going to be considerably larger than my discretionary spend fund for the foreseeable future, and I’d rather keep it with a big name bank. Atom has my discretionary savings but if the savings rate goes down I’ll have no incentive to keep using the terrible app and instead I’ll merge my money again

What percentage was the bonus rate with Skipton?

Same, chances are it’ll still be the better offering vs Cov but let’s see

What I prefer about my Skipton account over others, in addition of course to the top rate, is the ability to have TWO connected external accounts for withdrawals, and to deposit from ANY account.

These features would encourage me to stick with them over Marcus, Atom, or Coventry accounts.

Atom Bank recently announced their plan to IPO in the next few years. 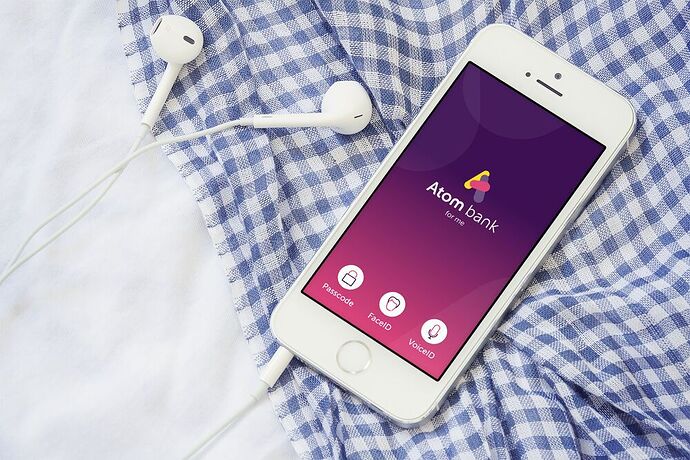 The Path to Profitability

The next stage is to raise £40m to help us drive our growth, and then we aim to target an Initial Public Offering in the next few years.

That leaves Atom, still at 0.5% for now but I expect it’s going down any day now