Came across an ad for YouTrip and decided to sign up. They got swamped with sign ups from their referral program so it took me nearly 3 weeks to get a card. I don’t think I had to do the embarrassing video thing but I had to photograph my identification documents and all that. They tout themselves as a travel wallet and are a prepaid Mastercard (not a bank). Think it’s jointly owned between Mastercard and EZ-Link (Singapore payment processor on transport mostly, I’ve discussed this on the Singapore thread). 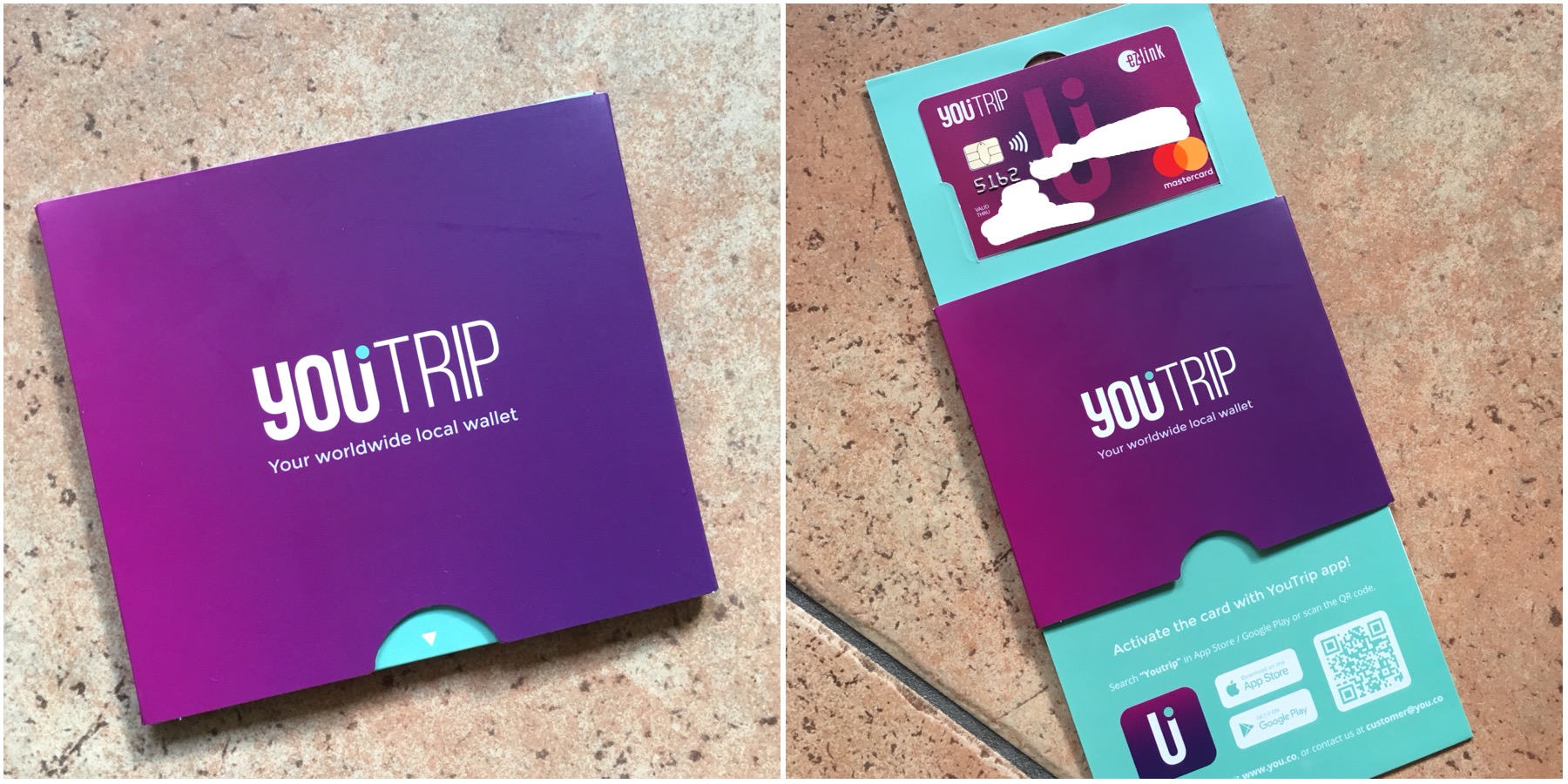 They promise no foreign transaction fees but will be using an internal exchange rate, so I presume it will be worse than the direct Mastercard rate. The look and feel of it is pretty similar to Revolut, down to the currency exchange. Initially I assumed this was Revolut’s attempt at breaking into the Singapore market (given that they are hiring in SG) but seems like someone has already got here first. They use magic links to email for signing in, so that’s one thing like Monzo I guess. I liked that I could set my own PIN. Idk how that’s done but it’s really convenient. 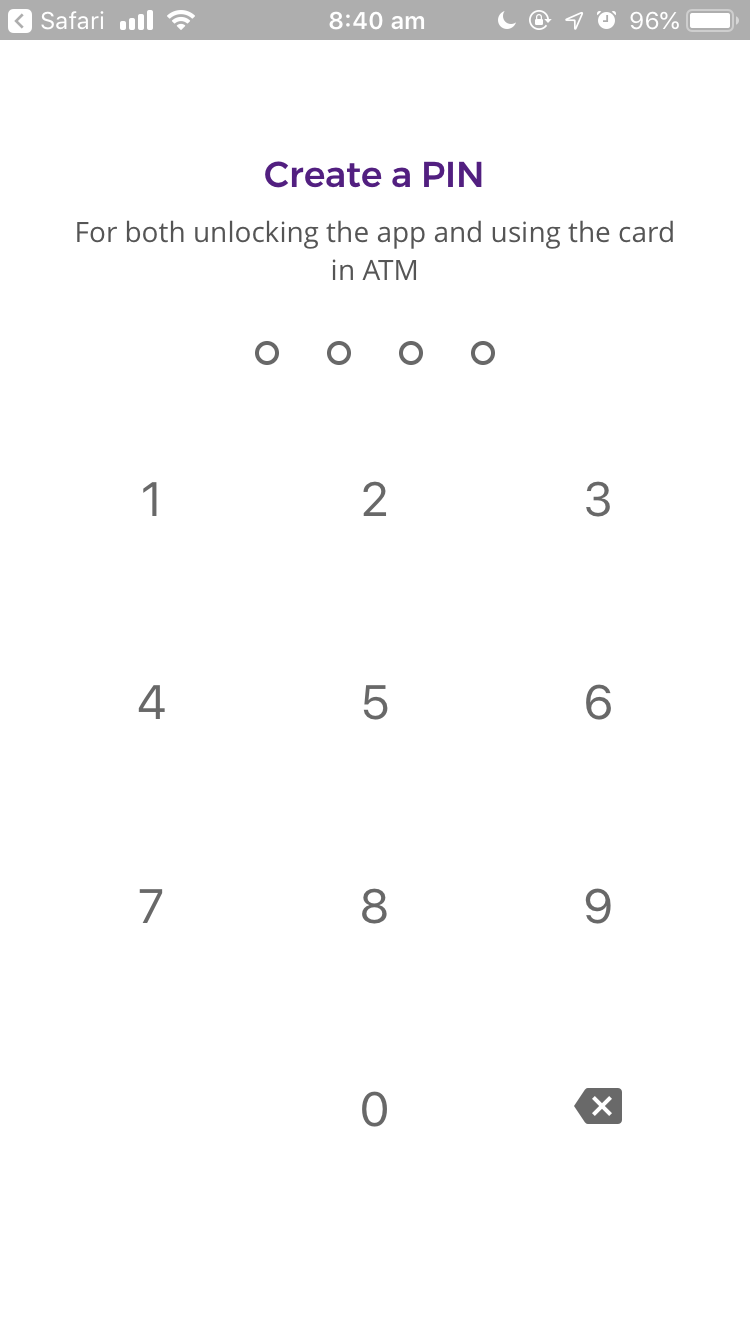 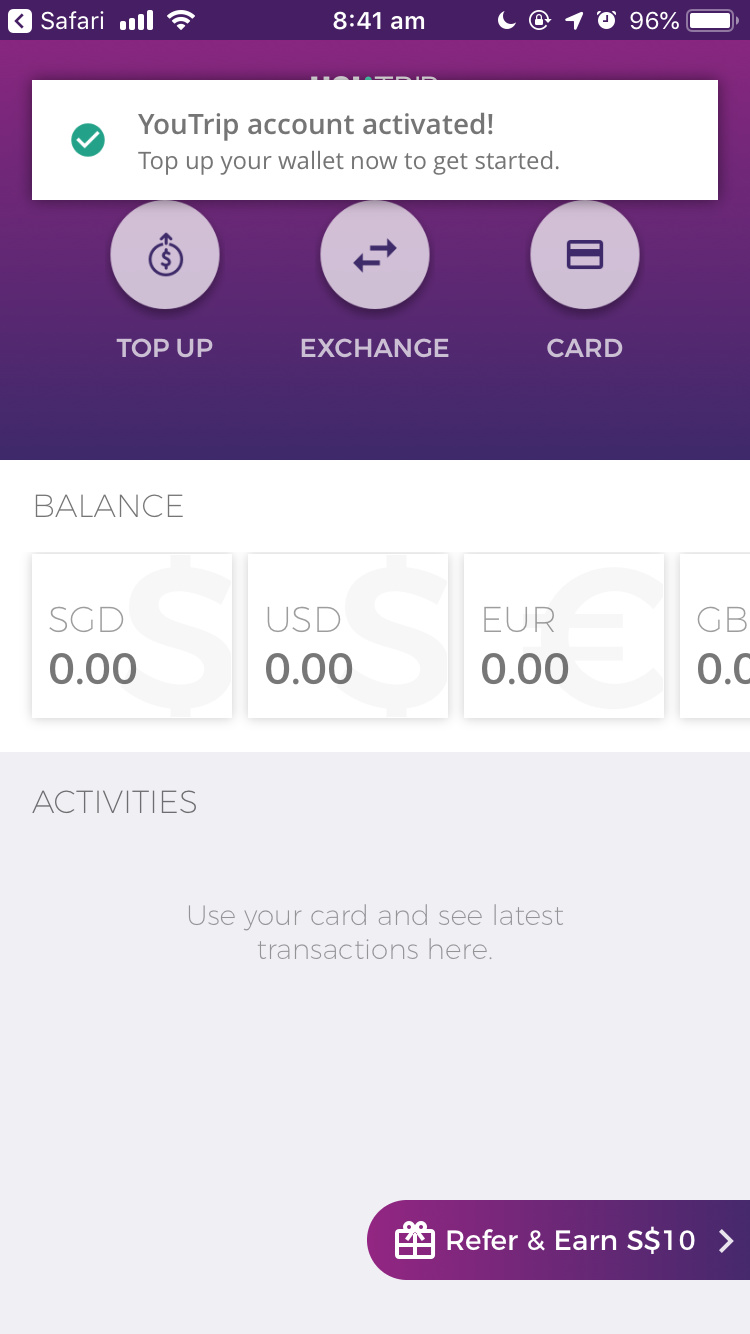 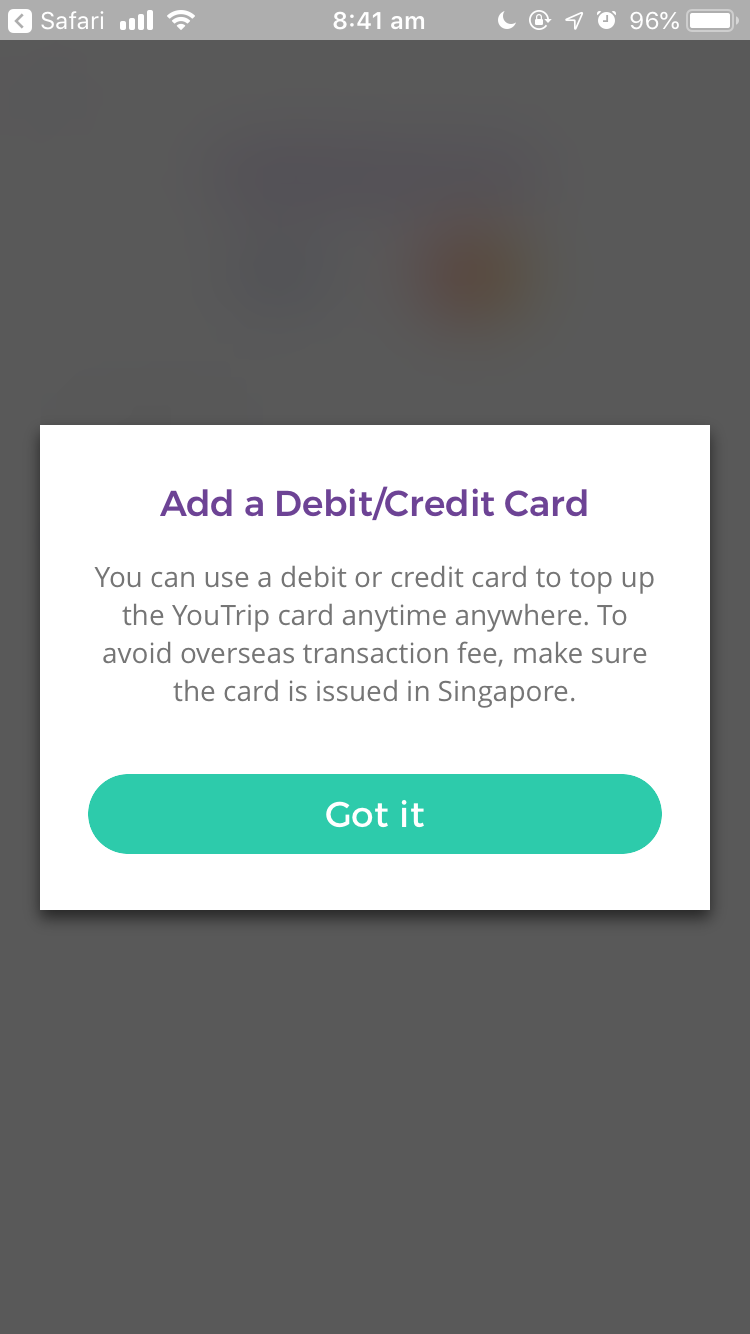 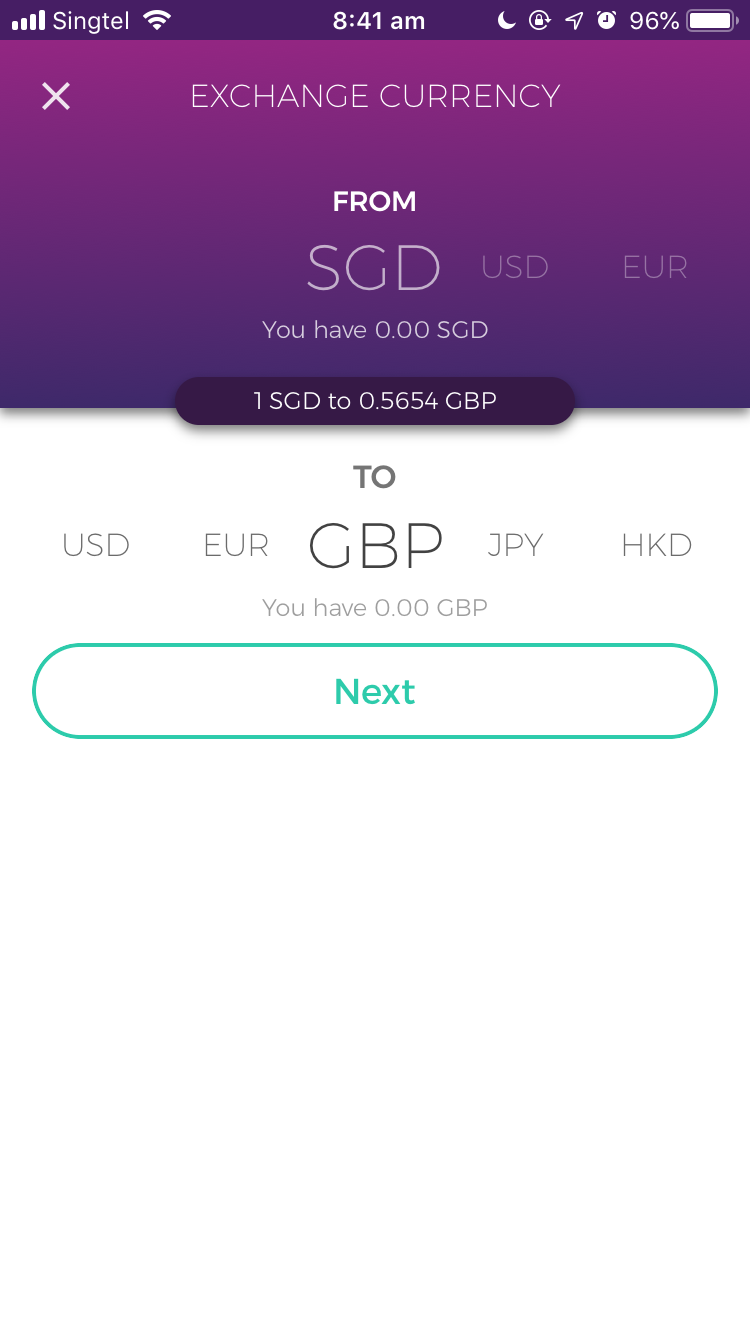 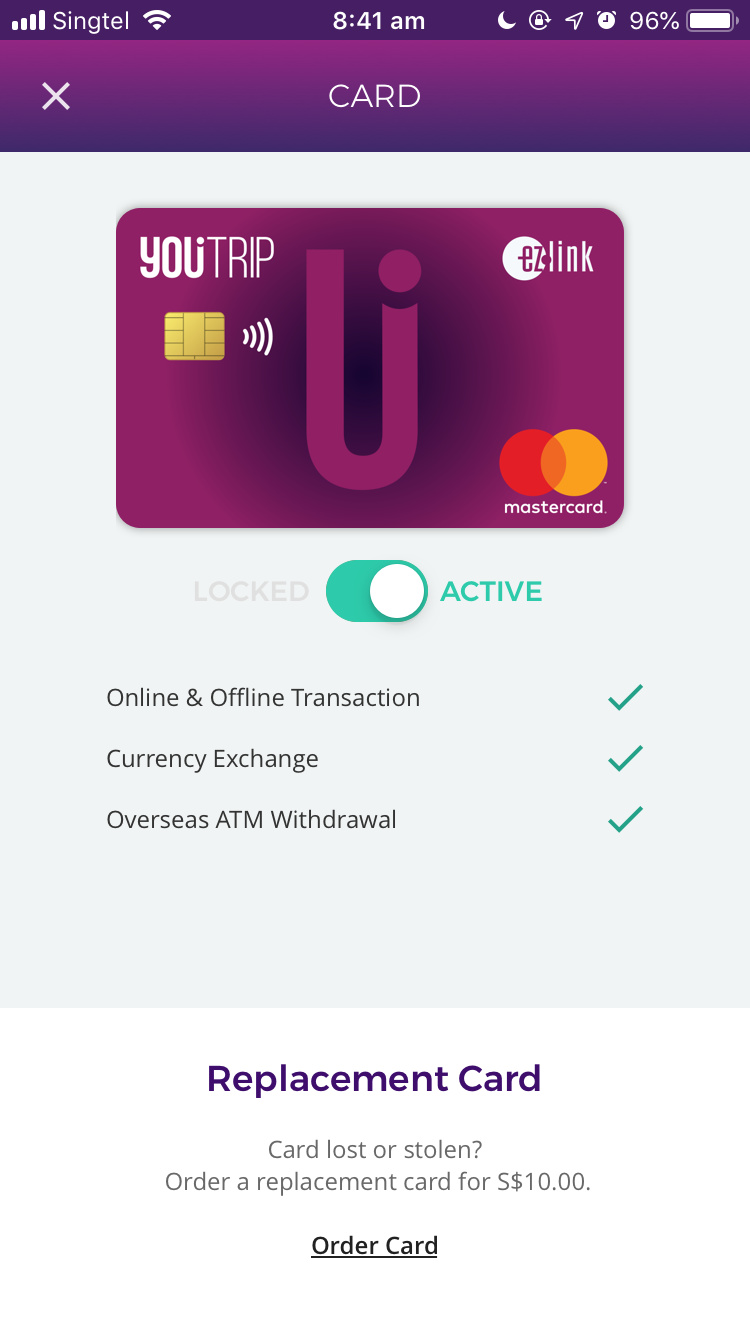 Having using Monzo and Starling this seems like a more limited offering but I think it’ll be exciting for Singaporeans who haven’t really tried anything like this. Probably for UK users used to having no fees this is something they’d never take up?
It’s not a bank, but still pretty exciting if we’re starting to see apps like this pop up! Can Monzo expand to Singapore within the next 5 years?

I don’t know if it’s just me but not really a fan of the design. The app looks like a cheap website. I don’t see any benefits over something like Revolut either.

Have you tried TransferWise Borderless?

Unfortunately I need a local bank to use things like PayLah/ PayNow (sending money linked to someone’s mobile number or identity card number, reaches my bank instantly). That’s how I transfer money to most people, doing the usual transfer would put me through the faff of having to use one of those stupid personal tokens. I don’t envision myself using this much tbh, but it gives me an alternative if I don’t have accessible balance in Monzo.

@Recchan it’s just for Singapore citizens and PRs at the moment I think. I was just intrigued by how similar I thought it looked to some of the other fintech apps, I thought there was definitely some elements they must have borrowed and learnt from.

Something like that, yes. Does the money hit your bank account instantly? Or is it held in a mobile wallet?

Re: YouTrip it’s defo way more limited and has way more fees. It wouldn’t be competitive in UK at all given how almost all services are free or expected to be. Seems like N26 is struggling to move in to the UK too- it’s so solid in Europe though.

PayM is just a database holding a mobile number -> sort code & account number mapping. There is no separate wallet.

You can only have one account registered per number.

Now it’s opt-in though and none of the modern banks support it anyway. You can ask Nationwide to register your number if you really want to.

I’m already starting to get fatigue with so many very similar offerings popping up with slightly different designs/features.

I actually tried Youtrip recently - one downside is that one cannot withdraw the remaining balance from the card once you top it up - but the rate seems quite competitive as compared to local SG banks.

And the app interface and user experience is… sigh i want Monzo.

I didn’t know that

I also found out recently at an IT fair from a competitor (RHB Travel FX, so guess who’s got another prepaid travel card

) that YouTrip charges you $60 or something if you don’t use it for a year. I need to check the fine print again. I guess I could start using it for public transport when my current EZ-Link card expires though.

Wow, I didn’t read the fine prints, and many thanks for sharing!

I considered using it since the rates were good, but i was wondering if I had left with say £1.35, it would be so hard to zero the accounts - even if you convert it to SGD, its hard to zero unless you find a payment organisation that allows self-prescribed amount.

So i converted exactly £10 and used to top up my Oyster. LOL

I can’t wait for Revolut in SG though!

I keep transferring money to Monzo to use tbh

especially for online transactions. It’s just so much nicer and smoother than any other bank in SG and I’m so so sad it’s not in Asia yet.

Recently I’ve been charged extra 2.8% from my bank for iTunes transactions with this specific game because it is processed overseas. Despite paying in SGD, I still get charged extra which is the dumbest and most frustrating thing ever and I have been messaging Apple and the game/ ringing the bank for weeks and hitting a dead end. I hate ringing rude staff. I don’t get this shit with Monzo

Same, I’m interested to see if it’s exactly the same as the existing offering. I think I’ll still have to use the other local banks and then keep Revolut for online banking, because PayLah/ PayNow is essential. I’m not sure if they can integrate it with that system, Paywave, EZ-Link and other local payment methods immediately.

Get yourself 4/5 of a Freddos

Is KRW not supported in Revolut? In any case if you’re heading to Korea foreign cards are pretty flakey and it’s hit or miss whether they’re accepted

I’ve been charged extra 2.8% from my bank for iTunes transactions with this specific game because it is processed overseas.

Yeh, that’s a SG standards. They won’t miss out any money-making opportunities uh?! Haha! I recently found out when my SG card was charged more than advertised on my Apple Music transaction - even when Apple advertised to be 9.99 SGD but because Apple’s payment system is based in the UK, argh. Then i looked deep into the realms and found those small charges.

It’s just so much nicer and smoother than any other bank in SG and I’m so so sad it’s not in Asia yet.

Absolutely agree to you! I was having the same discussions with my mates and we thought Singapore is still far from this simplicity and elegance on banking apps. But but but, one local bank might be considering the user experience in Monzo (i have spoken to them and showed them how Monzo works, haha)! Hopefully it all comes soon!

I’m hoping Revolut will launch with local account details in SG. I did ask them and they said this is the plan

Apparently by early 2019 since they have just been approved by MAS (Monetary Authority of Singapore - Singapore’s Central Bank, incase if any non-Singaporean folk is wondering…)

Looking forward to it!

Oh yes, the news was announced together! Hooray.