What more could we be doing to support financial inclusion?

This week on our blog, we’re focussing on financial inclusion. This means being aware of the challenges that people can face getting access to financial services, and thinking about what we can do to help.

At Monzo, we strongly believe that everyone deserves access to financial services like banking. Just getting a bank account is a crucial first step to getting access to other services across society. So we want to do everything we can to help everyone get a bank account.

But we also want to hear from you.

What challenges have you faced in getting access to financial services?

What else could we be doing to make sure that everyone has access to banking?

Are we doing anything currently that could be preventing financial inclusion?

Let us know your thoughts! We’d look forward to hearing your ideas.

My parents are pensioners and would love to join monzo to track money better but don’t have photo ID. They have bank accounts already so a way to validate them another way, possibly using me as an existing monzo customer, would be helpful.

My parents are pensioners and would love to join monzo to track money better but don’t have photo ID. They have bank accounts already so a way to validate them another way, possibly using me as an existing monzo customer, would be helpful.

Hi Alex, thanks for letting us know about this. We’re planning on sharing all the forms of ID we accept for opening a Monzo account very soon. In the meantime, have you contacted us through the in-app chat to see what we might be able to use instead?

How about actually addressing the needs that asylum seekers have? That one is a fluff piece that addresses nothing…

How about actually addressing the needs that asylum seekers have? That one is a fluff piece that addresses nothing…

Hey @nanos! That’s what we’re trying to do and I’d love your input on this more, especially if you have specific suggestions. As we’ve said in all these pieces, this is just the beginning and we know we’re not doing the best we can be yet.

On your specific point: most of my friends who are asylum seekers have ARC cards — which we can’t support yet as a form of ID in isolation, which is really frustrating. The way we’re planning to solve problems like this in the future is through “Basic Bank Accounts” — these are more restricted accounts that therefore mean we can accept different forms of ID on them. It’s going to take us some time to support these accounts — it’s a pretty big project! But it’s planned and we’re 100% committed to doing it

As always, I’d love to hear more ideas and suggestions. If they’re things we can do immediately, we’ll do them and if they’re more long term, I can give you an idea of when/if we’re planning to do them.

It’s just that the way in which this post was written and titled which was a problem: You present it, as though it is magically easy to open an account with Monzo as asylum seeker. Easier and better than with other banks.

But in fact it’s the opposite: I know several banks that happily accept ARCs as proof of ID, while you don’t. I don’t expect you to have a solution to every problem today, of course.

But you wrote a blog post that - in my mind - boils down to “It’s so easy to open a bank account with Monzo as asylum seeker: You just need any of these documents. (PS: You are almost guaranteed not to have any of these, but lets just hide that bit, because it doesn’t make for good PR.)” That is really something that upsets me. Maybe more than it should, I have to admit.

And pointing to “national ID” as acceptable ID is borderline misleading. Which countries’ national IDs do you accept? And how many asylum seekers from these countries are there in the UK?

I did but was told it would need to be a citizenship card which again costs money. Are there any other options?

I’m a big convert of Monzo, and spend quite a bit of time trying to bring people over! I’ll point out the issues I have had trying to convince people to move. As with most things in the money world, all of these issues are made much worse when you have little spare.

I’m glad you are bringing this up, especially as there are so many here, who think that smartphones are so cheap and everyone can afford one. This is exacerbated by the fact that Monzo want to remove OS support quite quickly, potentially locking those out of their accounts who can least afford it …

This is also a good point, the “smart phone” utilisation of our society doesn’t necessarily mean “new smart phones”, people who are less well off will likely have hand-me-downs or cheep alternatives - however, I do understand the need to focus on a certain set of devices in order to innovate with the speed that Monzo are trying to, and their desire to not allow for a sub-optimal experience.

No-one will ever be able to support every possible device - but if it’s going to push for inclusion, I wonder if maybe a “Monzo lite” version for old phones and web browsers - without the shinyness we know and love, but with the key functionality (sending money, managing standing orders/direct debits, moving between pots, seeing transactions, help chat); would be a solution to allow for inclusion here. It would also mean that people who upgrade to a newer device are already in the ecosystem, and will just get a nicer experience - and when times are bad, those who lose access to their phone - still have access to their bank.

Supporting the Current Account Switch service would be super helpful for inclusion.

Good news! We already do 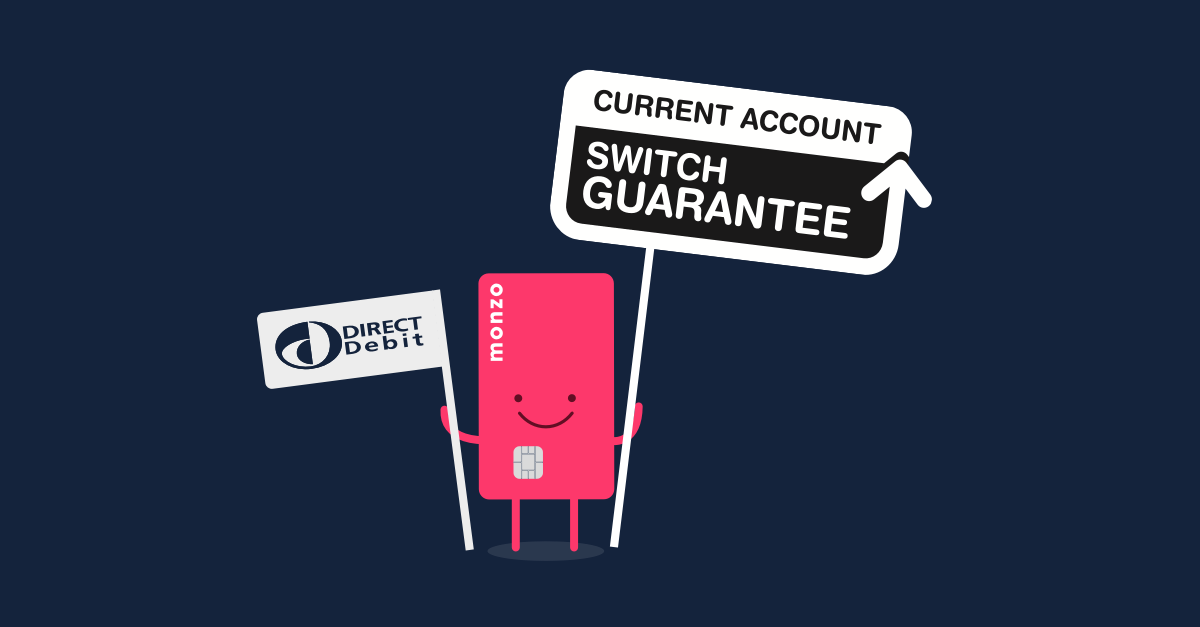 I have encouraged my parents to join Monzo, but they have realised they do not have an up-to-date acceptable form of ID.

Unfortunately, they come from a low socio-economic background and the price of renewing their ID is too high. This is a major barrier. They already have bank accounts, but are stuck with their current accounts unable to switch provider.

Monzo is designed to have a light cost architecture - no branches, no cash handling. That’s great for the digitally included and digitally literate.

But fundamentally, someone has to carry the cost of providing branch and cash services to people who aren’t digitally included.

Isn’t part of the point of Monzo to leave the legacy costs of universal provision with the traditional banks?

To combat the ID issue often faced by the homeless, Would it be allowed to possibly follow the joint account idea, but instead of a separate account, allow them to have a nominated person who can create a Pot/account and can give them a ‘named card’ to that account (Similar to credit cards, and the being able to create second card holders?) - Instead of a fully independent account? Would this still require the full ID checks currently needed?

Secondly, instead of a full roll out, but for limited user base, access to a Web bank interface with majority of the features of the main app but do not require a phone (limited access to tech devices shouldn’t be a reason to not go Monzo! e.g. homeless, although I might be wrong in thinking they don’t have mobiles, might be completely wrong)

Some of the homeless I met (in London) have had better phones than me, so I think it is a wrong assumption to guess few of them have such tech.

Some of the homeless I met (in London) have had better phones than me, so I think it is a wrong assumption to guess few of them have such tech.

I was unsure if it was right of me to presume they would or wouldn’t. So was wrong either way I guess !!

The residency rules still feel very old-fashioned. Many UK citizens move abroad for a few years with mortgages and bills to pay in the UK. The second you do not have a proof of address, most banks become almost useless as you can’t make any changes, open any new accounts or apply for new product rates.

Digital nomads are a prime example of this - I’ve seen a few using Revolut, but I think technically they are also breaking the T&Cs as they are not a legal resident of any country?

Thanks for the replies, all! To recap, the main themes I’m seeing are:

If there’s anything else you think we should consider, let us know! And thanks so much for the above

that is a good summary