We’ve closed the first part of a new funding round

I’m hoping so, missed the option to buy last time

It costs them a lot to do.

Not sure I’d buy in at the current price

Not far off now until this is me in my ‘garden’, showing my total responsibilities (sit down, drink cocktail) and my work ethic (watch things) - image taken through my ‘iStock by Getty Images™’ patio doors - highly recommended glass. 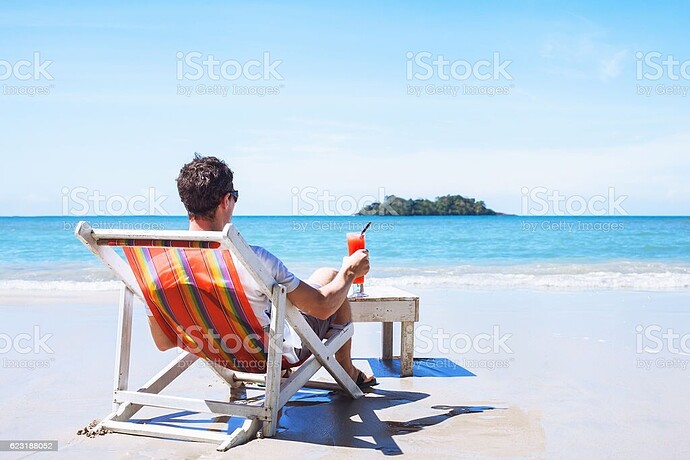 This will be me if the next round is higher: 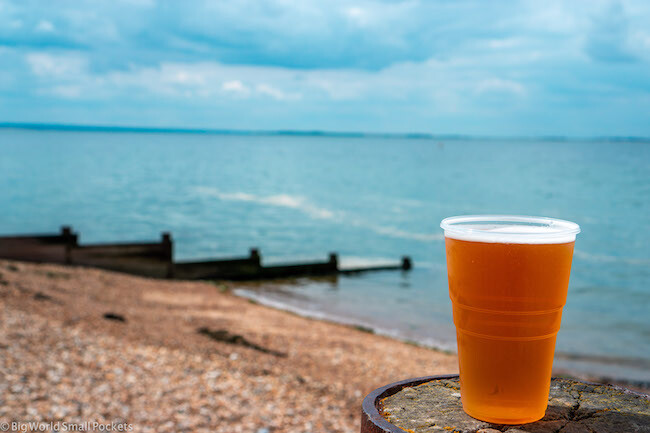 I do like the idea of a good coherent package, and we don’t currently have that from a bank app in the UK to my knowledge.

Oh goodness. Let’s break this down, then I’ll offer my view!

After credit, tackling the issue of making investing more inclusive seems like the next logical step.

For Monzo, I’m not so sure. They’re chasing the revenue streams (which is okay) but there really isn’t a compelling vision that underpins everything. Not like Dozens’ spender-to-saver-to-investor journey.

The fintech revolution needn’t begin and end with spending.

Feels a bit like a straw argument - who’s suggesting that? We have specialised fintechs that are absolutely tackling non-spending areas. To take investment as an example, that’s what the Freetrades, Nutmegs and T212s of this world are here to do.

There’s so much more antiquation out there in the industry that could benefit from a little bit of Monzo’s modernisation.

Can Monzo do better than these specialist apps?

Crypto is here to stay, so may as well embrace it than let someone else bet on it and turn out to be right.

There’s much more to say about crypto but not now (tl;dr speculating on crypto currencies is basically gambling; the macro use case is currently only crime; the bigger and interesting issue is the libertarian argument about role of the state and effectively using tech to supersede nation states…) Right now, I think that crypto just attracts the religious

this reads like Monzo view Revolut as more their real competition

So I’m excited by this

So this leads me on to my thoughts. Which are two!

tbh, I think that a Dozens acquisition would be a good fit. Dump the tech, but the thinking on the societal value for banking, what banks are here for, and innovative financial services is top notch.

Can Monzo do better than these specialist apps?

This is my personal opinion but I view the next generation of fintechs to be “lego-blocks” and interact with each other via Open banking. You could use something like Monzo for banking, have integrated Emma, YNAb, Money Dashboard for budgeting, Freetrade, trading212, Etoro for stocks, Kraken, coinbase, etc for crypto etc etc.

While it’s not a good business move to make it super easy to replace you (as easy as replacing Lego) it’s just a cool idea. It’d kind of be like having a storefront for a bunch of fintech apps and you just build your personal stack.

This is my personal opinion but I view the next generation of fintechs to be “lego-blocks” and interact with each other via Open banking. You could use something like Monzo for banking, have integrated Emma for budgeting, Freetrade for stocks, Kraken (or similar) for crypto etc etc.

See, I see Monzo as the aggregator here. Imagine a future where Monzo splits into two: a banking engine and a powerful app that aggregates loads of stuff for the customer. I want a conductor for my orchestra - I don’t want discordant notes!

Totally here for the royalties:

(here’s one I prepared earlier)

Could their be a secondary offering in place

We’re pleased to say we’ve closed the first part of that funding, and raised $480 million (£360 million).

Can you say a bit more about the ‘missing’(?) £17m? Is it a particular investor who’s coming in later, is it funding for joint accounts and dark mode or is it just because dull reasons?

@AlanDoe are you are of how many shares there are after the raise?

The latest filing on companies house shows 161,801,395 (which is of course the now outdated figure) (source)

Is my maths correct? Or do I maybe have the wrong figures?

That link seems to be dead for me unfortunately - expired? 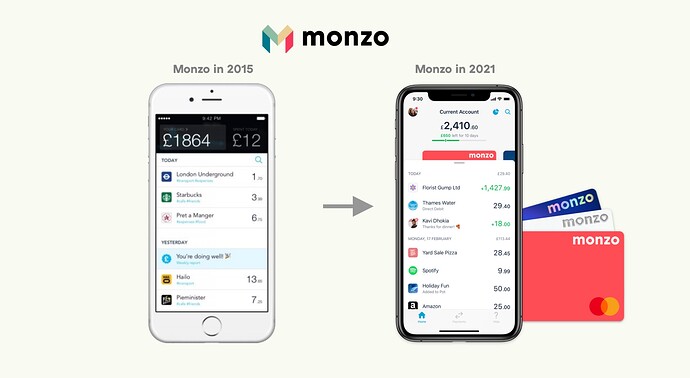 Monzo Makes Money Work For Everyone

Five years in, Monzo is just starting its second act. Monzo’s first act was to build the UK’s best consumer and SMB banking product. Their second act will be to make money work for truly everyone by scaling to a global audience.

Monzo now has over five million customers, 55% of whom are active weekly. Of those that are active, over 40% are using Monzo as their main account with this number steadily increasing in each customer cohort

but there really isn’t a compelling vision that underpins everything.

I think that’s something that’s down to Monzo to establish. I think there’s scope for it, and I’d love to see their take.

Note I didn’t claim such a suggestion had been made. It’s a turn of phrase that underpins my point why branching out beyond spending could be a good thing for the competitiveness of the industry.

We have specialised fintechs that are absolutely tackling non-spending areas. To take investment as an example, that’s what the Freetrades, Nutmegs and T212s of this world are here to do.

Absolutely, and they arguably do a fair good job at it, for the most part. Some still feel a little archaic, and not very user friendly. Freetrade is my favourite among them.

The issue with these is that they’re specialised. An app for a single core component. There are pros and cons to that. Focusing on the one thing can afford the opportunity to execute that one thing better than a Jack of all trades could. But even these apps I find get too distracted with gimmicks at times that the core product isn’t as good as it really should be, and there’s certainly scope for Monzo to do better.

The biggest hurdle these specialised apps face to make their product inclusive and open to all is the fact they’re a specialised app, and not built into the one financial product that is all but a necessity. People are rightly cautious and anxious, even when it comes to banks like Marcus which have Martin Lewis’s endorsement. It’s a big hurdle, getting someone to download another app separate from their bank and trust you with their money.

The Monzo plus argument fits here. It’s been debated at length that you can get most plus features for free elsewhere, with various other providers. The counter being that you can’t get them in a complete package for free. The package is the value to me, and I feel the same way about other financial products.

If Monzo were to launch an instant access saver that worked exactly the same way as Atom’s, for instance, with a competitive rate. I’d never use Atom or Marcus again. And because this would already exist inside Monzo, those who were weary of getting a savings account with Atom or Marcus suddenly have an inclusive, accessible option right there in the app they already have.

There’s much more to say about crypto but not now (tl;dr speculating on crypto currencies is basically gambling; the macro use case is currently only crime; the bigger and interesting issue is the libertarian argument about role of the state and effectively using tech to supersede nation states…) Right now, I think that crypto just attracts the religious

I don’t agree with any of this, but that’s for another thread, or perhaps a private discussion to ensure civility! I have a very deep passive interest in crypto and it’s future potential, though I’m not the most knowledgeable on the topic because I’ve not read up on it, but quite clearly neither, according to my friend, have the religious (as you put it) folk on Internet forums.

If it’s an integration play (here’s one I prepared earlier) for investments then I’d be all over it. But if it’s not a platform and, instead, a monolith like Revolut is trying to build then I’m out. Let specialists specialise. Integrate. The marketplace idea is still the right one (even if the articulation perhaps wasn’t quite right).

I think we’ve discussed this before. I’m in two minds. I’d love to have those external apps I use integrated into Monzo somehow. On the other hand, I wouldn’t mind having fewer apps on my phone, and fewer accounts, to an extent (don’t put all your eggs in one basket). I think there’s something about the idea of a complete in house platform that I find really attractive, especially one that is aligned to values like Monzo’s!

Drop crypto (for now). It’ll cause regulatory issues and bring in the ‘true believers’.

I’m indifferent, but I think (in the longer term at least), you’re on the losing side of that battle. There’s too much of a momentum now, both from consumer interest, and corporate R&D from companies like Apple and Google. Once apps like Cash and PayPal hopped onto the train, it really cemented that fact for me.