Gordon Brown once said “British jobs for British workers”. I am not sure what happened next as he was gone soon afterwards

The question is, how British is Monzo? Are they British because the company was started in the UK? Their boss has a proper multicultural experience of growing up abroad which must have informed his thinking a lot. Their workforce is probably super multicultural as well.

My guess is Monzo is not as British as many of you might believe. Their DNA is multinational and we will see more of it as they begin their overseas expansion. You can’t expect them to employ British migrants each time they open overseas office of CS centre!

On multiple occasions I’ve called Amazon/ Apple the staff were from Scotland too!

@Caanan I think this has been debated on one of the diversity blog post threads before if you’re interested- the blog post has staff statistics. Would you personally prefer if Monzo hired more British nationals?

Amazon, apple and Adobe all have big customer contact centres here. Most of your amazon returns come up to the amazon Dunfermline depot! It’s huge!

Most of your amazon returns come up to the amazon Dunfermline depot! It’s huge!

The first time I did a return I thought it said Dunder Mifflin and got really excited. I thought it was a real place

Nope. If they are to become competitive abroad they need to understand local cultures. Brits are famously not very good at it.

My fingers were too slow to link the posts just now but you can read the latest one (and the massive debate, but let’s not go there) here

An Update on Diversity and Inclusion at Monzo News & Updates

Building a diverse team where everyone feels included is important to us at Monzo. It’s key to our success as a company, and it’s the right thing to do. Here’s our annual update on what we’re doing to improve, and our progress so far. Please let us know thoughts, comments, suggestions or questions here

And the previous one here

I’m a huge sucker for graphs and stats, so I really liked the blog post. (And their yearly updates)

You can’t expect them to employ British migrants each time they open overseas office of CS centre!

Would it not have been easier to find expats from the UK?

If we rule out the possibility that Danny was trolling

, I took his comment to be more along the lines that there would be enough UK immigrants in Las Vegas, and they would have a base of knowledge about UK banking to make the training easier. Not that Monzo is/should be British.

Not saying I agree with this, though, as if Monzo have the global ambitions they say they do, they need to be able to train people in systems they have no prior experience with (as they have done in this case).

Would it not have been easier to find expats from the UK?

I am sure you meant migrants or immigrants from the UK

Most of your amazon returns come up to the amazon Dunfermline depot! It’s huge!

You can almost see it from space lol 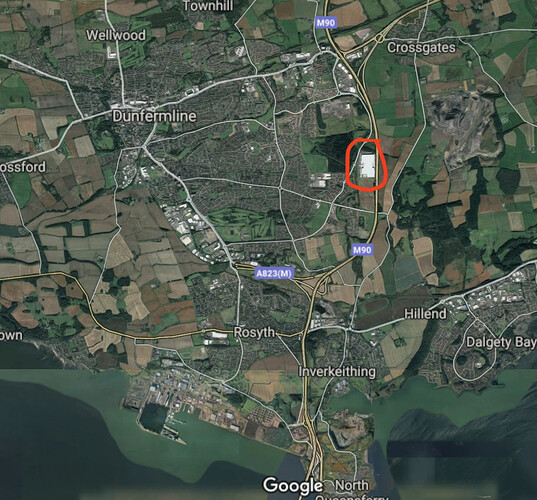 It sounds like the Las Vegas team are fab @simonb! Would be keen to know which partner Monzo works with!

TL:DR, so am I right in thinking the Vegas team are via messaging in the Monzo app? Or is there a US number to call? Will be in Vegas in 6 days so well worth knowing ‘if’ I use the card there. I am far too suspicious about charges in restaurants and other places so usually use cash only.

Maybe you can help. What is the phone number on the back of your card?

I believe you just contact monzo in the usual way. There’s an international number within the app should you need it.

Not sure if this is also on the back of the card.

The Vegas operation was genius - train a US-based team to support a UK-based banking service during ‘normal’, local working hours (translating to out of hours support in the UK) and then grow it to provide support for a US launch of a similar service.

The Vegas operation was genius

Steady now, they look dangerously like someone being complimentary about Monzo’s strategy

Ha! Yes, it does look that way. Maybe time for me to

But credit where credit is due. Intelligent and continuous baby steps leads to much bigger things. And I have an interest in the future success of Monzo, as do many others, so I would like to see it happen.

Build up, not knock down.

Yeah, it already looked pretty clever at the time - available, friendly, service conscious English speakers in an advantageous time zone, but looks really clever now, having it already up and running

Time zones always do my head in, so trying to work out if they now need somewhere in Singapore to cover the US overnight

Las Vegas, New York, London, Mumbai and Tokyo/Sydney covers it as much as possible. Unless you’d like to work out of Hawaii too to provide extra eastern Asia & West coast US coverage. What a hard sell that one would be…